A Massachusetts family was awarded nearly $5 million after claiming golf balls from a nearby country club had threatened their safety and repeatedly damaged their property.

Erik and Athina Tenczar were handed $3.5 million for mental and emotional suffering as well as damages by a jury after suing the Indian Pond Country Club in Kingston, Massachusetts, according to court paperwork obtained by FOX Business.

The total amount payable to the family will amount to just over $4.9 million after interest, according to court documents.

Shortly after the family purchased the home in 2017 for $750,000, the property "was repeatedly struck by golf balls hit upon information and belief from the fifteenth hole at Indian Pond Country Club causing property damage," according to court documents.

Representatives for the Indian Pond Country Club did not respond to FOX Business' request for comment. 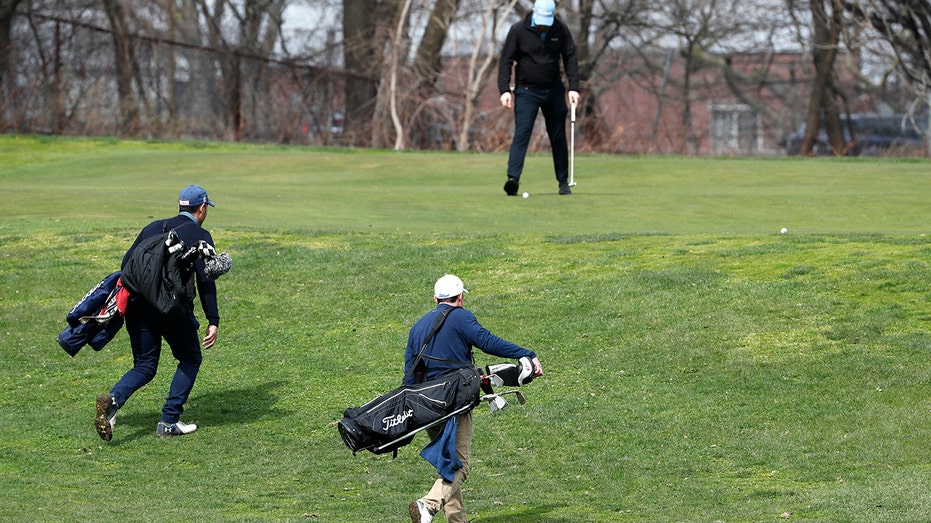 Two golfers approach the green as another golfer finishes his hole at Forest Park Golf Course on March 20, 2020, in New York.

The golf balls allegedly caused damage to the siding of the home, the family's deck and broke multiple windows.

The family claimed in the suit that these incidents devalued their home and property.

Additionally, "the continuous threat of golf ball strikes occurring at any time prevents the Tenczars from the use and enjoyment of their property," the suit said.

According to the lawsuit, the incidents would occur when the family "attempted to make regular and customary use of their deck and yard area, including as a play area for their minor child, and have even occurred on the front of the home in the area of their driveway," where the family and guests would park their cars.

As a result, the family claimed they have been "confined during golfing hours in golf season to using the interior of their home."

To help, the family "erected a wall to prevent injury" when sitting on their back deck, the suit said.

The family even tried to ask the country club to install "protective landscape or netting or to make other changes to the layout of the hole" in order to prevent this from continuing, according to court documents.

The family also obtained an estimate to install netting themselves, which would cost $55,000, according to court documents. Even with the cost, the company told the family the netting wouldn't guarantee that golf balls would be kept from entering the property.

The privately owned country club, which opened in April 2001, informed police that the family "should have known of the problem before they bought the house," according to court documents.

However, the family claimed that the contracting firm failed "to disclose material facts concerning golf balls striking their home before it was sold."