HERE is something to make you feel really old.

Mason Greenwood was yesterday asked to name his biggest inspiration in football – and the person he chose was born in 1997. 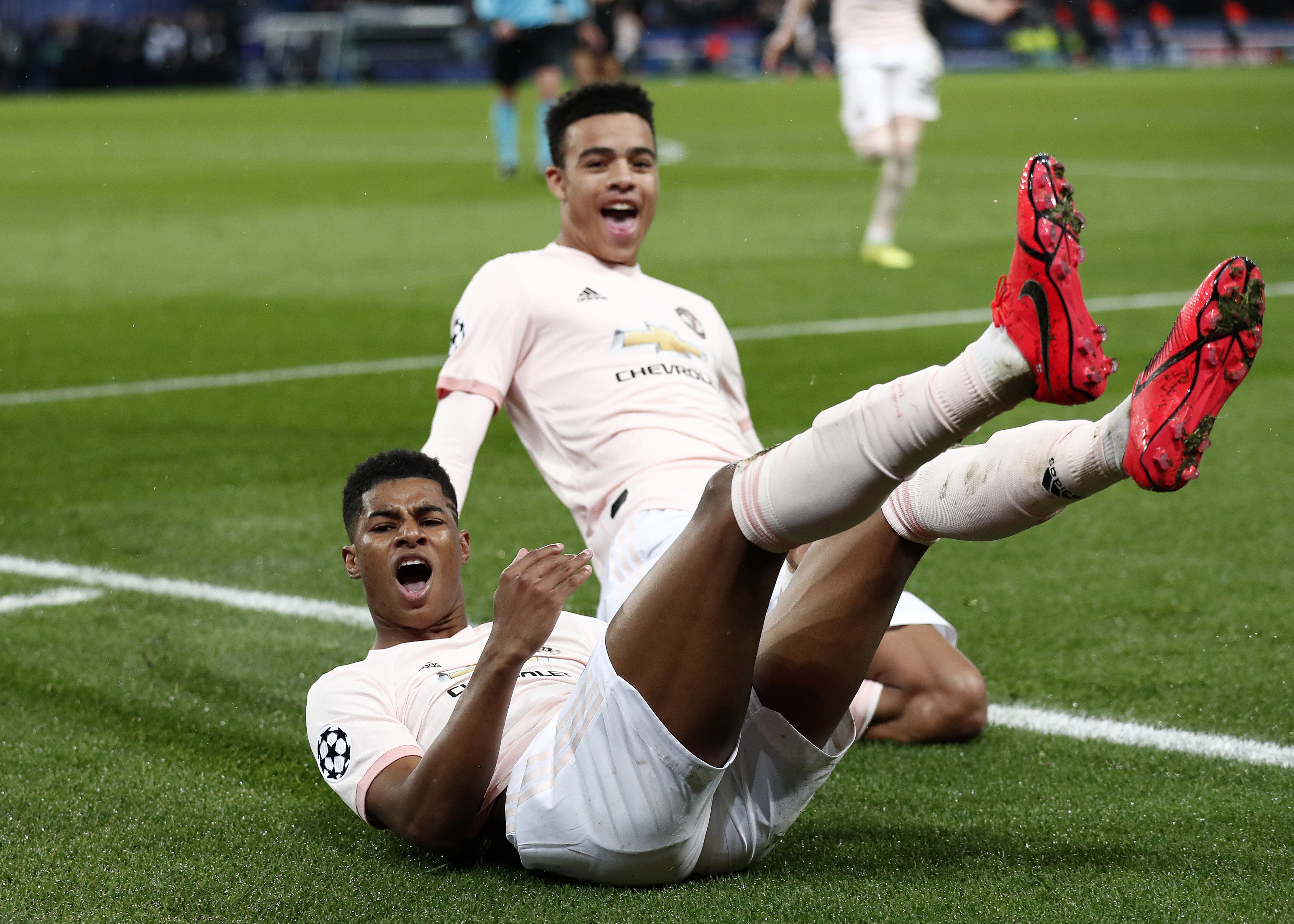 It is certainly no surprise that teenager Greenwood received an England senior call-up after a stunning breakthrough season for Manchester United where he scored 18 goals in 50 appearances.

But more unusual is the fact that his guiding light is a player who is just four years older and who, of course, is team-mate Marcus Rashford.

On and off the pitch, Rashford – rightly being given credit for his drive for free school meals – is proving to be wise beyond his years and is a terrific example.

In another example of his youth, Greenwood claims he cannot even remember the humiliating Euro2016 defeat by Iceland, the team’s Nations League opponents on Saturday.

Born in 2001, Greenwood is 18 and was just 14 when the Thunderclap left England fans shuddering. 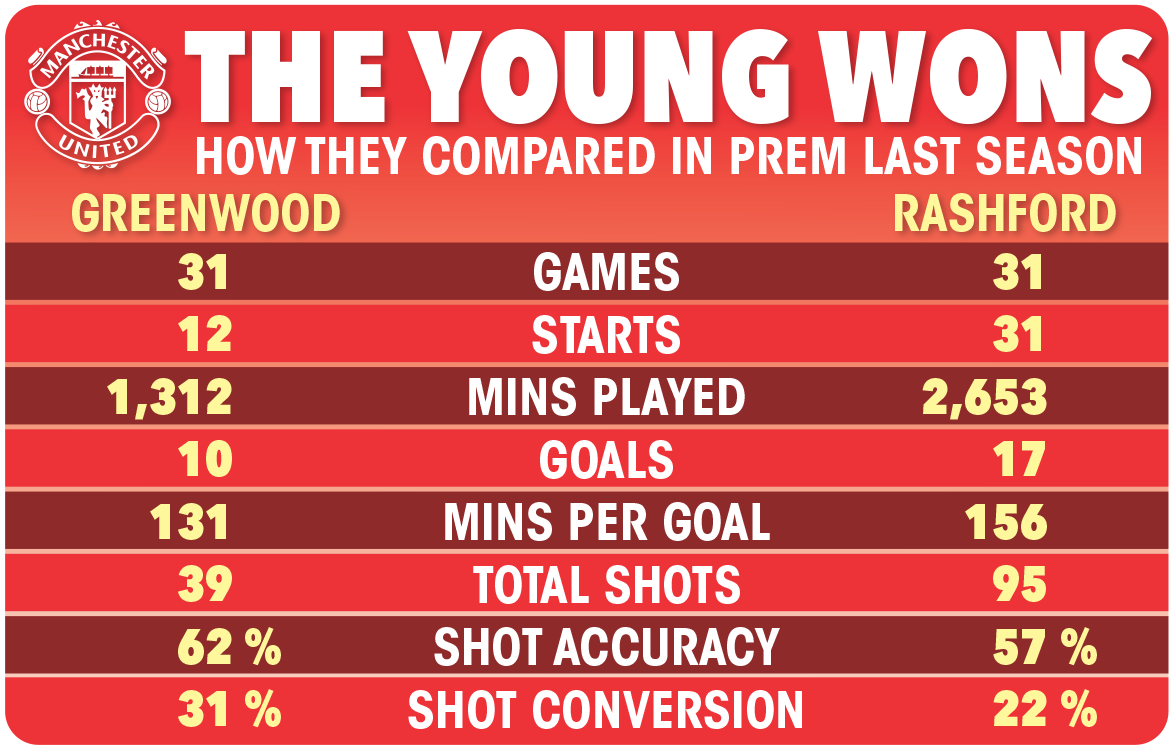 He is already well known by defenders, a lightning-quick striker who, although he is left-footed, is lethal with either foot.

And he has been warned by Rashford that the second season is going to be the toughest, as is generally the case for players who make a stunning breakthrough at an early age.

Greenwood said: “Obviously I am aware of that but he has just said always go out with a smile on your face and don’t really think about anything.

“Go out with a smile on your face because you are playing for Manchester United – not many people get to do that. So just go out and work hard and show what you can do. I am looking forward to next season.

“I am fine to deal with expectations because at United you learn to deal with that anyway when you move up through the age groups. It all comes naturally and I am just happy for next season to come round. 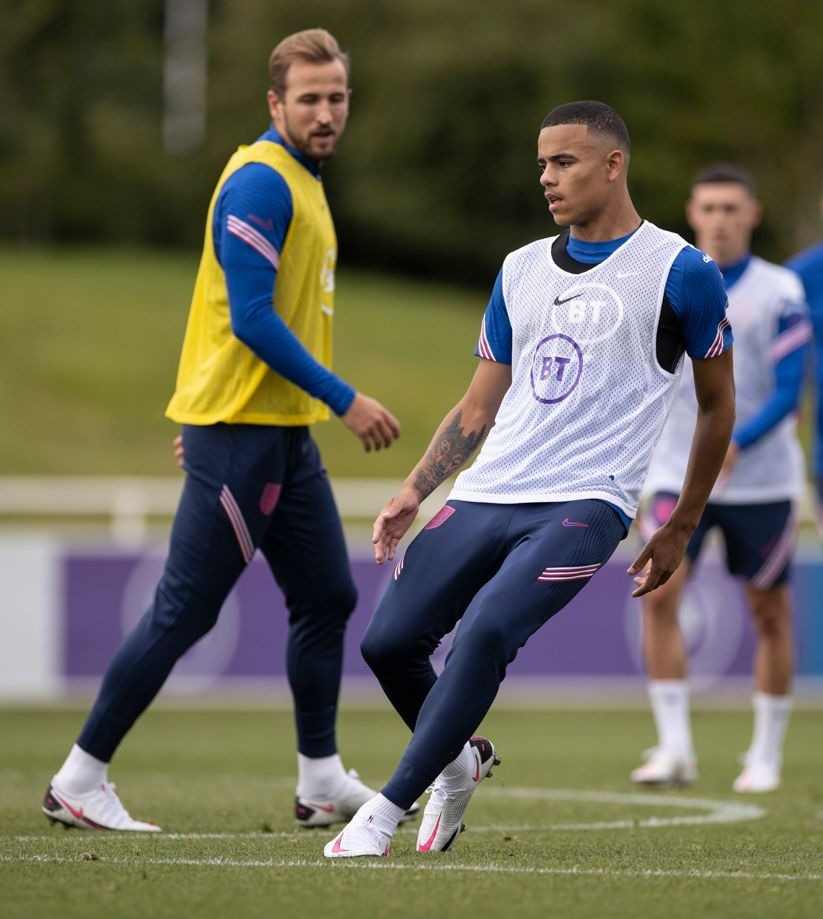 “The pathway at a club is really important and there is a clear pathway at United as you can see with Scott (McTominay), Marcus, Jesse (Lingard), Paul (Pogba) all coming through those ranks.

“You’ve just got to take your chances and go for it really. Hopefully I will have an exciting career for Man United and England.”

Greenwood took just a split second to name his hero and also mentioned Rashford’s work in a meals campaign he stepped up yesterday.

He added: “I’d say Marcus is my inspiration because he’s come through the same pathway. He’s helped me a lot, he’s done the same, he’s been in my position and knows how it feels.

“It’s nice to have someone like that, someone to look up to and I’ve played with him as well which is another bonus.

“He’s a good lad, we’re all proud of him, we’re all looking after him and it’s amazing what he’s trying to do.”

Aside from Rashford, the man who should really take credit for Greenwood’s emergence is Ole Gunnar Solsjkaer who had the guts to unleash a player who was 17 in a debut against Paris St Germain in the Champions League in May 2019.

Greenwood said: “Ole is a big part of my game really and he has helped me to get where I am now.

“He has given me my chance which is to prove to everyone what I can do. I am glad he is there and he is a good manager.

“He knows what he is talking about because he has been a good goalscorer for Manchester United. When he is talking to me I am always listening and always taking advice.

“He says to all the young players coming up: ‘Go out there with a smile on your face, you’re playing for one of the biggest clubs in the world, just take it on the chin and just go out there and express yourself, and just think about it as a normal game because you’ve been waiting for that moment all your life so just go out and enjoy it.”

The one player Greenwood was looking forward to playing alongside in England training was Harry Kane.

Described by Wayne Rooney as United’s best finisher, Greenwood was understandably delighted when being given a phone call by Southgate who broke the news he was in the squad.

He added: “It’s a dream come true. Playing for England and being selected for England is every young boy’s dream, I’m privileged and honoured to be selected because it’s a good group of lads and I’m happy to be here.

“When I got the call I was at home with my dad, I was over the moon – excited. I just couldn’t wait to be here.

“Yes, it has all happened quickly. You can be called in any time and I was called in for some Europa League games and I took my chance.

“I’ve not had to pinch myself. The games come quickly. Europa League, the Premier League all the other cups. So you’ve just got to be ready and focused at all times.”

Now it is England for Greenwood, and if the rest of his career to date is anything to go by.. he’ll take it all in his stride.