MARKO ARNAUTOVIC could be booted out of Euro 2020 after Uefa launched a formal probe into accusations of racism. 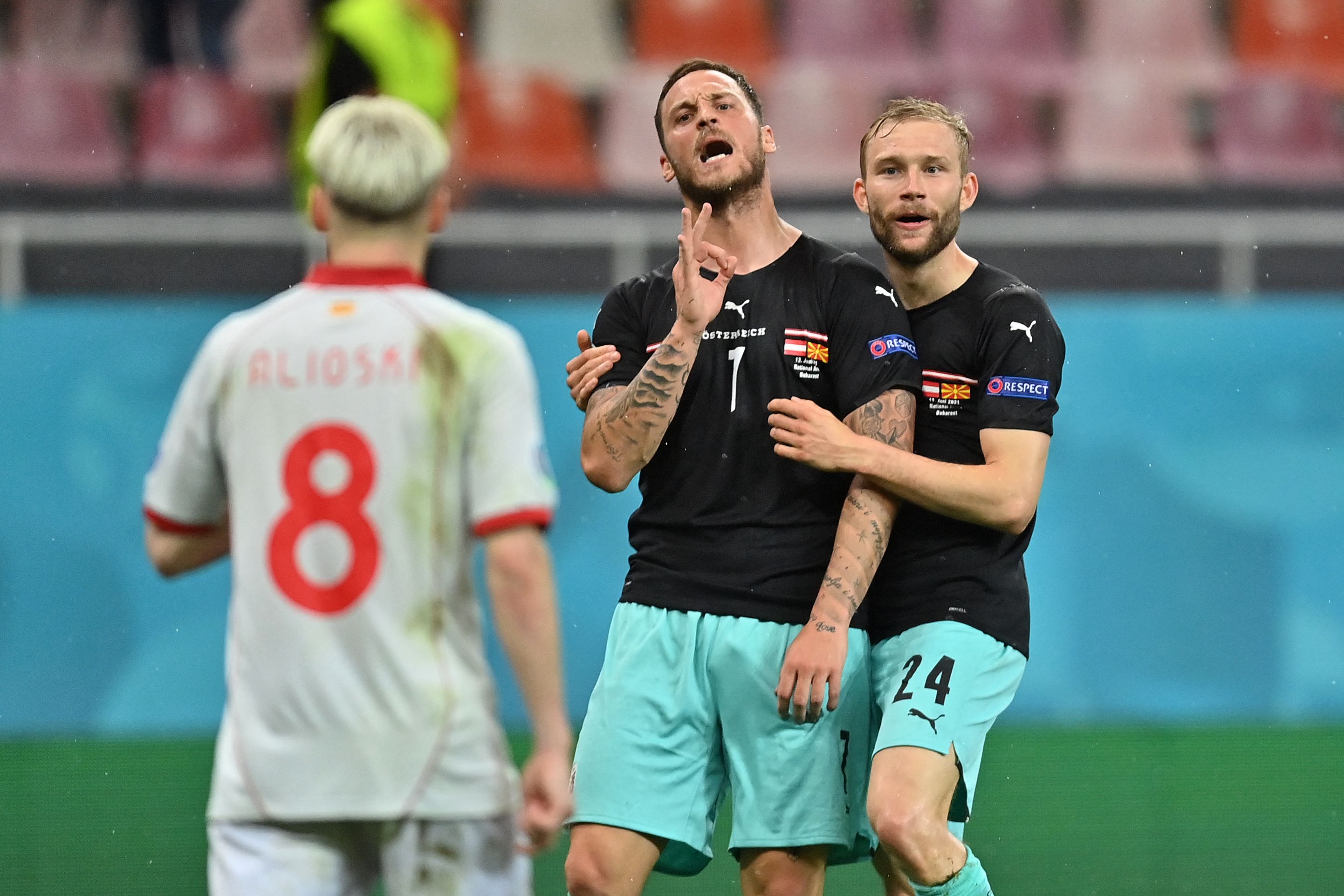 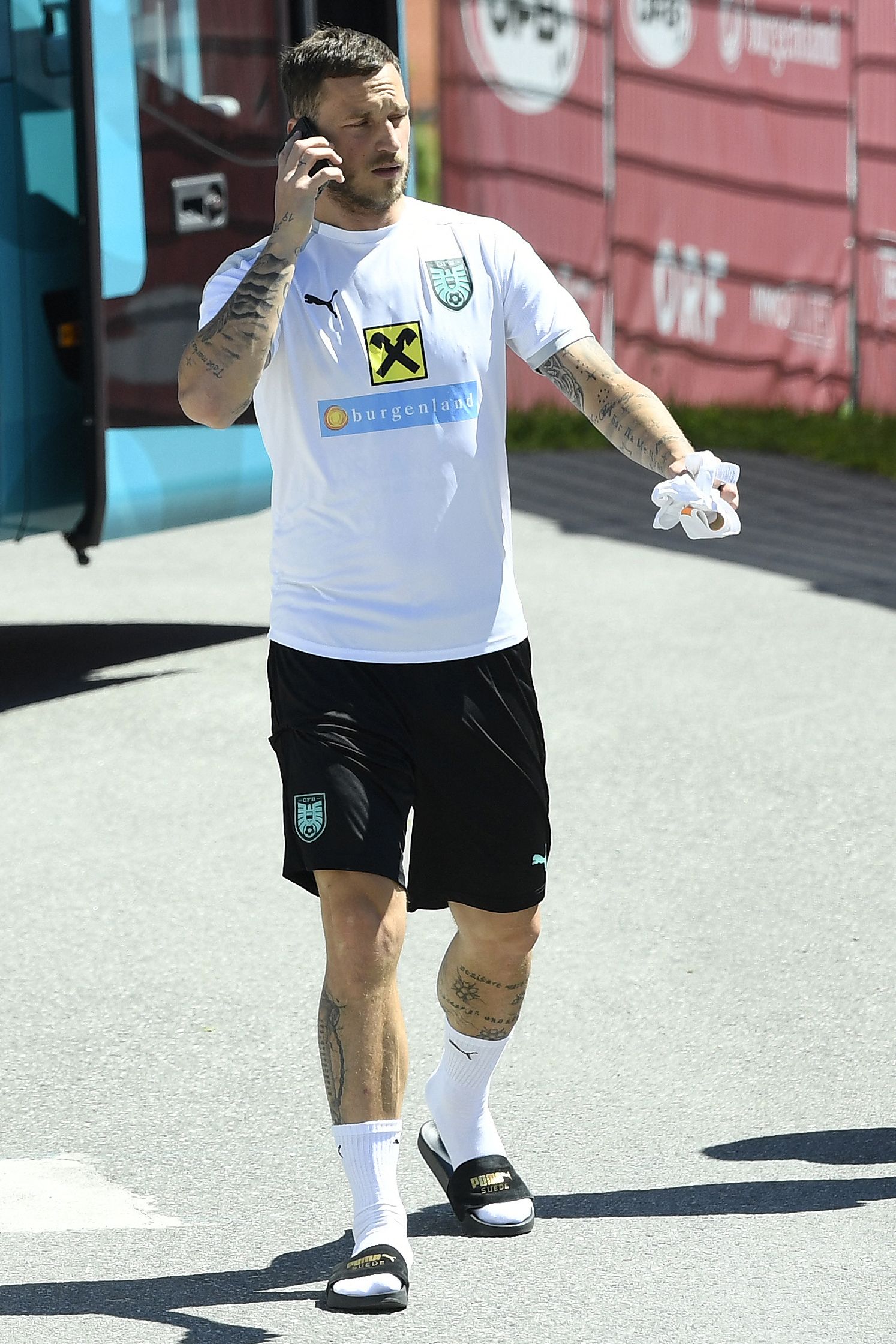 Arnautovic is an ethnic Serb, a country that does not recognise the former Yugoslav state as an independent nation.

The North Macedonians were furious, demanding action from Uefa and insisting Arnautovic had directed his words at two players with Albanian roots, Leeds wideman Ezgjan Alioski and Egzon Bejtulai.

In an official statement, the North Macedonian FA said: “The FFM strongly condemns the nationalistic outburst of Austrian player Marko Arnautovic, after a goal scored in yesterday’s match, addressed to Ezgjan Alioski.

“At the same time, we inform you that we have submitted an official letter to Uefa demanding the harshest punishment for Arnautovic.

“We are always against nationalism, discrimination and all other forms of insults and outbursts that are not in the spirit of football and values that we all stand together.

“We will always stand up and defend the interests and dignity of Macedonian national players wherever they perform.”

Arnautovic denied any racism, although he admitted to 'heated words' directed 'to my friends from North Macedonia and Albania'.

He said: “I would like to say one thing very clearly: I am not a racist. I have friends in almost every country and I stand for diversity. Everyone who knows me is aware of that.” 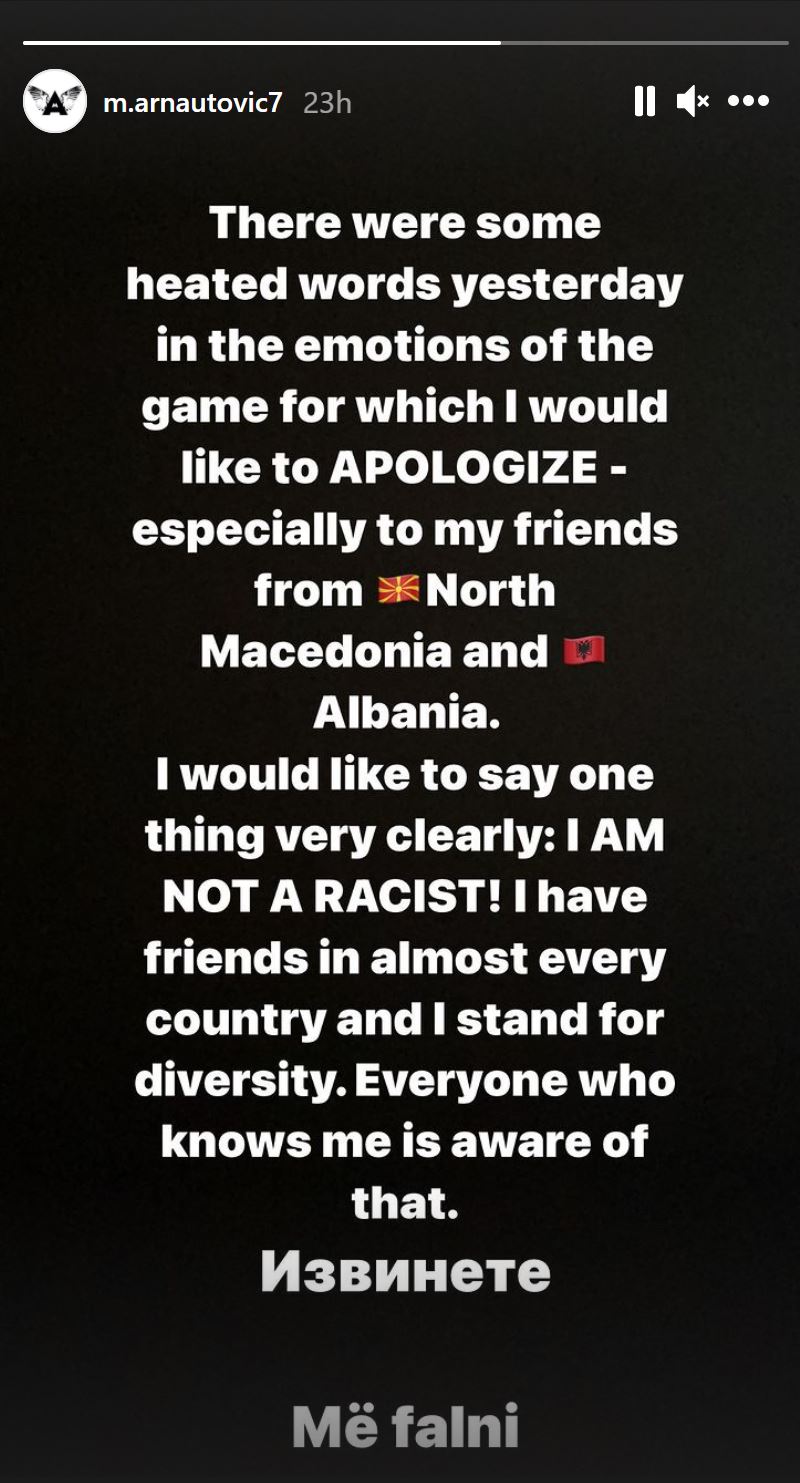 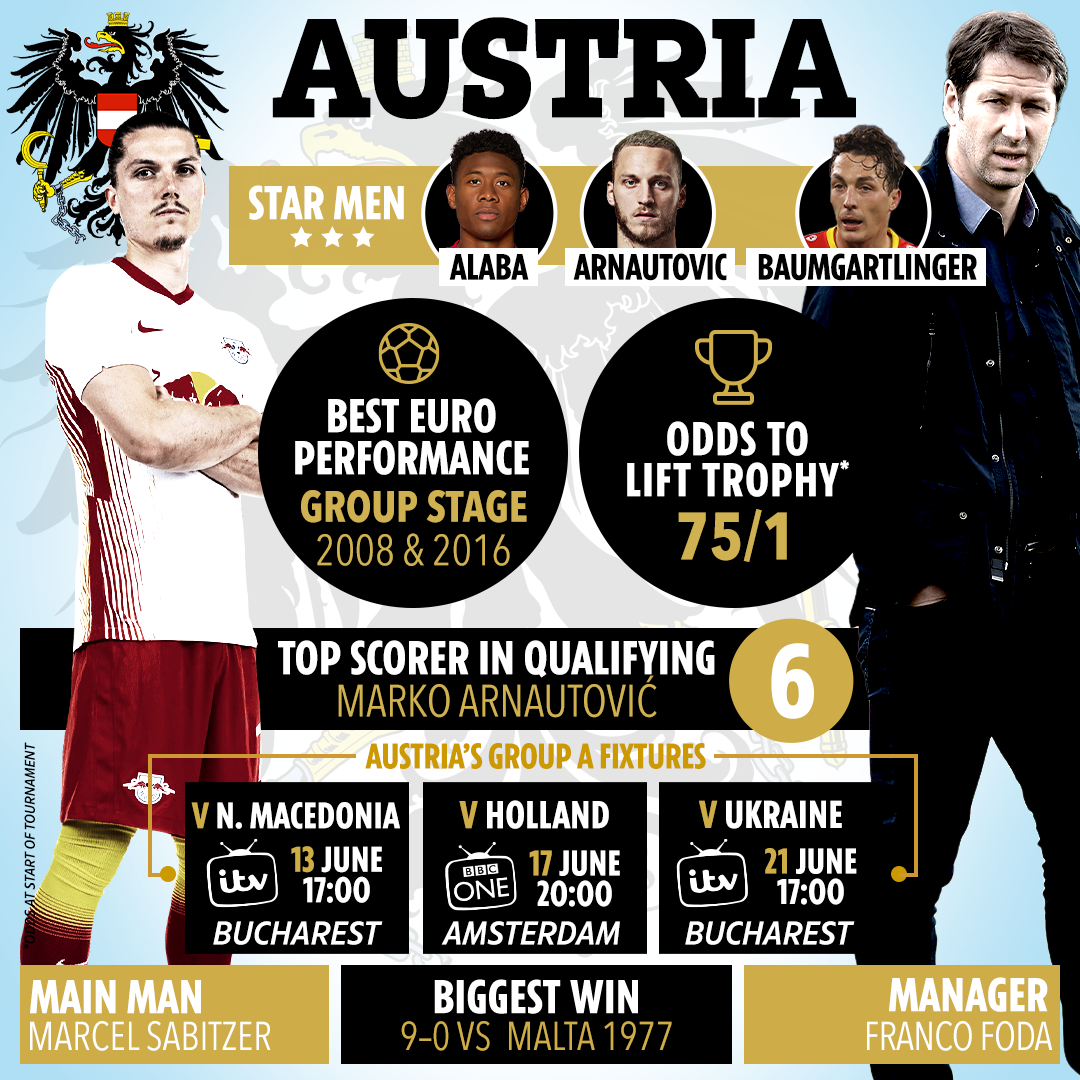 But Uefa have not accepted Arnautovic’s words and have now begun a probe that could see him facing a ban for the rest of the tournament and beyond.

Uefa said: “In accordance with the Article 31(4) of the UEFA Disciplinary Regulations, an Ethics and Disciplinary Inspector has been appointed to conduct an investigation regarding the incident involving the player Marko Arnautović that occurred during the 2020 European Championship group-stage match between the national teams of Austria and North Macedonia on 13 June 2021.

“Further information on this matter will be made available in due course.”

Tensions between Serbian players and those with Albanian roots surfaced in the 2018 World Cup when Swiss stars Granit Xhaka of Arsenal and Xherdan Shaqiri celebrated goals by making the 'Albanian Eagle' gesture, which riled the Serbs.

Serbia called for them to be banned for 'provocative gestures' but instead both Xhaka and Shaqiri were fined £7,630 for 'unsportsmanlike conduct'.

And skipper Stefan Lichtsteiner was also fined £3,824 for making the gesture after Shaqiri’s winner. 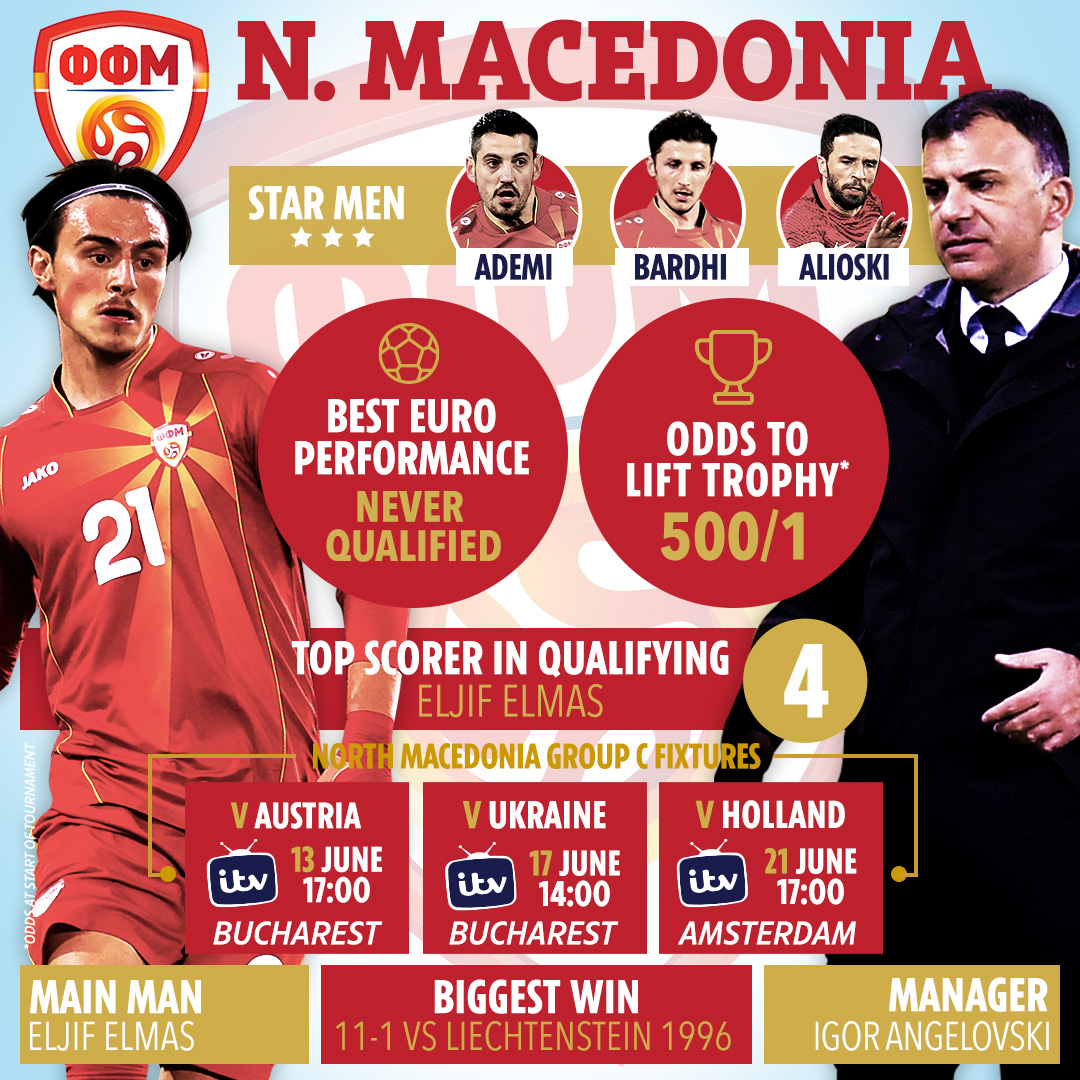