Marianne Faithfull, 73, was treated for coronavirus at a London hospital. While manager Francois Ravard confirmed she was stable and responding to treatment at the time, she was discharged from the hospital after 22 days.

Long-time friend Penny Arcade told Rolling Stone Faithfull had self-isolated after having symptoms of a cold, but then checked herself into hospital where she tested positive for the virus.

On Instagram, Arcade cited the star’s ex-husband John Dunbar as saying: “So far so good. But also that she can barely speak and no visitors.”

But just over three weeks, Faithfull was discharged from hospital to continue to recuperate at home.

She tweeted: “I would like to say to all the people who cared for me and thought of me, who sent me love, people I know, people I have never met, thank you for helping me to get better. 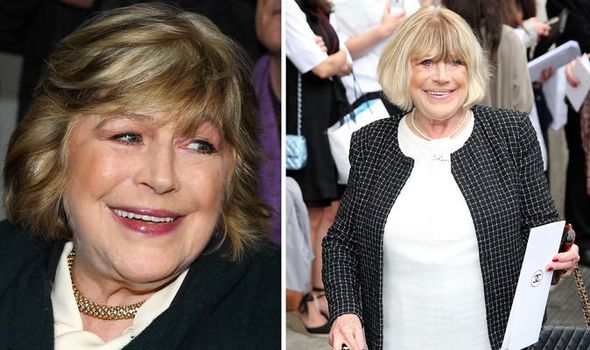 “I want to thank the doctors and nurses who were so good and basically saved my life!

“Thank you all again for all your care, love, thoughts, prayers and wishes.”

Faithfull has had numerous health issues throughout her life.

In the 70s she suffered from anorexia – an eating disorder.

In late 2004 she called off the European leg of a world tour after collapsing on stage in Milan. She was hospitalised for exhaustion.

In September 2006 she again called off a concert tour, but this time after she was diagnosed with breast cancer.

She underwent surgery for the cancer and no further treatment was necessary.

In October 2007, Faithfull stated she suffered from hepatitis C on ITV’s This Morning, and revealed she’d been diagnosed with the condition 12 years before. 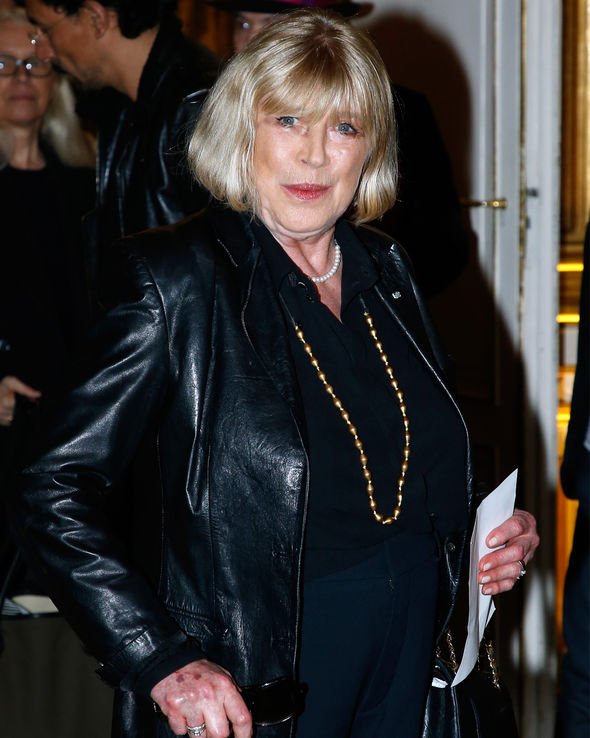 In august 2013 she was forced to cancel a string of concerts in the UK and Lebanon following a back injury while on holiday in California.

And in May 2014 she suffered a broken hip after a fall while on holiday on the Greek island of Rhodes.

Faithfull was in hospital receiving treatment for pneumonia after testing positive for COVID-19.

Pneumonia is swelling of the tissue in one or both lungs and, as well as coronavirus, it’s usually caused by a bacterial infection. 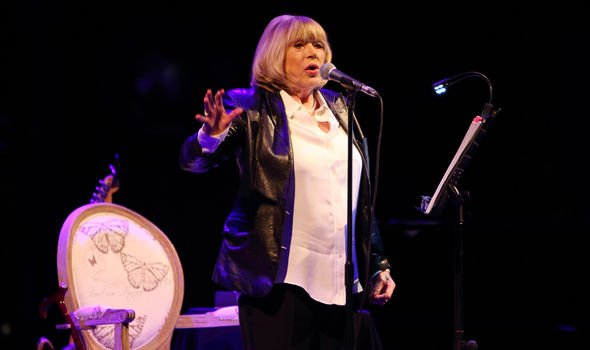 The symptoms of pneumonia can develop suddenly over 24 to 48 hours, according to the NHS, or they may come on more slowly over several days.

The NHS further advises: “If you have a high temperature, a new, continuous cough or a loss or change to your sense of smell, use the 111 online coronavirus service.

“If you feel unwell and have any other symptoms of pneumonia, contact your GP or use the regular 111 online service.

“Only call 111 if you cannot get help online or you need help for a child under 5.

“Call 999 for an ambulance if you or someone you care for are struggling to breathe, are coughing up blood, have blue lips or a blue face, feel cold and sweaty, with pale or blotchy skin, have a rash that does not fade when you roll a glass over it, collapse or faint, become confused or very drowsy, or have stopped peeing or are peeing much less than usual.”