"By the way, like, Rocky just got bullied the other day from a white supremacist person that he thought was his friend," Mariah Carey said. "It's, like, insane. This is the world we live in." 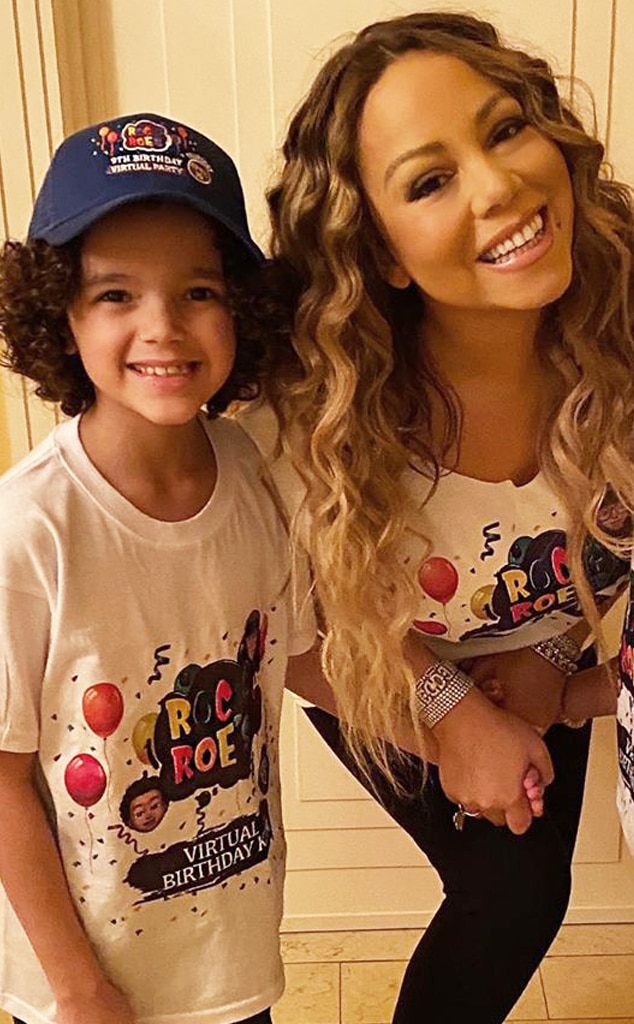 Mariah Carey is speaking out about her experiences with racism.

The singer appeared on the Oct. 8 episode of Watch What Happens Live With Andy Cohen and recalled a recent incident involving her 9-year-old son Moroccan.

The topic came up while Carey was talking about her new memoir, The Meaning of Mariah Carey. The five-time Grammy winner said she reads certain chapters to Moroccan and to his twin sister Monroe—who she shares with ex Nick Cannon—to illustrate her encounters with racism and to help them have a "greater understanding and, ultimately, a greater reservoir with which to deal with the situation itself."

"Because it's hard," Carey continued. "And by the way, like, Rocky just got bullied the other day from a white supremacist person that he thought was his friend. It's, like, insane. This is the world we live in."

The artist also looked back at her own childhood and talked about growing up biracial. For instance, she remembered how she drew a picture of her family for a school assignment and how she "basically got traumatized by the student teachers" who thought she "used the wrong crayon" to draw her father, who is Black.

In addition, she remembered inviting a friend over to her dad's house. "The parents didn't know I was Black. They didn't know that she was going to go to a Black man's house. They'd only met my mother," Carey, whose mother is white, said. "And the girl burst into tears because she was so freaked out. And mind you, my father was this gorgeous, tall man that looked like a movie star to me. And then to see that happen, it just changes your perspective on things and it twists it. I really feel that it's been a lifelong battle, a struggle."

Carey said she worked on the book for three years; however, she noted she's grateful it was released now. "So when the world, everything kind of turned upside down this year in 2020, I was so thankful that I had already had this book," she said. "Because, as you know, it was already locked by Memorial Day. We were already, like, done. We couldn't change anything. And it felt so timely."

"I knew people were going to go, 'Why now? Why are we doing this?'" she continued. "It's like, now? Because we have the time now. But also, thank god it's now 'cause it's so timely and it's going to help people."

Watch the video to see her interview.

(E! and Bravo are both part of NBCUniversal).