As you watch HBO’s latest true crime documentary series, Atlanta’s Missing and Murdered: The Lost Children, unfold every Sunday night, it’s important to remember that these cases are not just about the drama and intrigue of the investigation. When so much focus is placed on the perpetrators, it can be easy to forget about the victims.

The stories of the victims in the Atlanta Child Murder case are stories of lives that had just barely begun. From 1979 to 1981, authorities in the area recovered 29 bodies—two girls, six adult men, and 21 boys. The body of one missing boy, Darren Glass, has still not been found.

All 29 victims were Black and almost all from low-income areas. They were beaten and strangled and tossed into the river, tied to a tree, or left in an abandoned building with no regard to the future these kids might have had.

So, if you can, take a moment to learn more about the victims in this case. Wayne Williams was charged in 1981 with two of the murders, and officials declared the cases closed, but many questions remain over how many of the 29 deaths can actually be attributed to Williams. Several of the cases have been reopened since, but no further charges have been brought.

Last seen on the way to a Kung Fu movie, Evans was found strangled in the woods outside a fairground. According to the Washington Post, he was lying face down and was missing his shirt and shoes. In his pocket was a $1 bill. 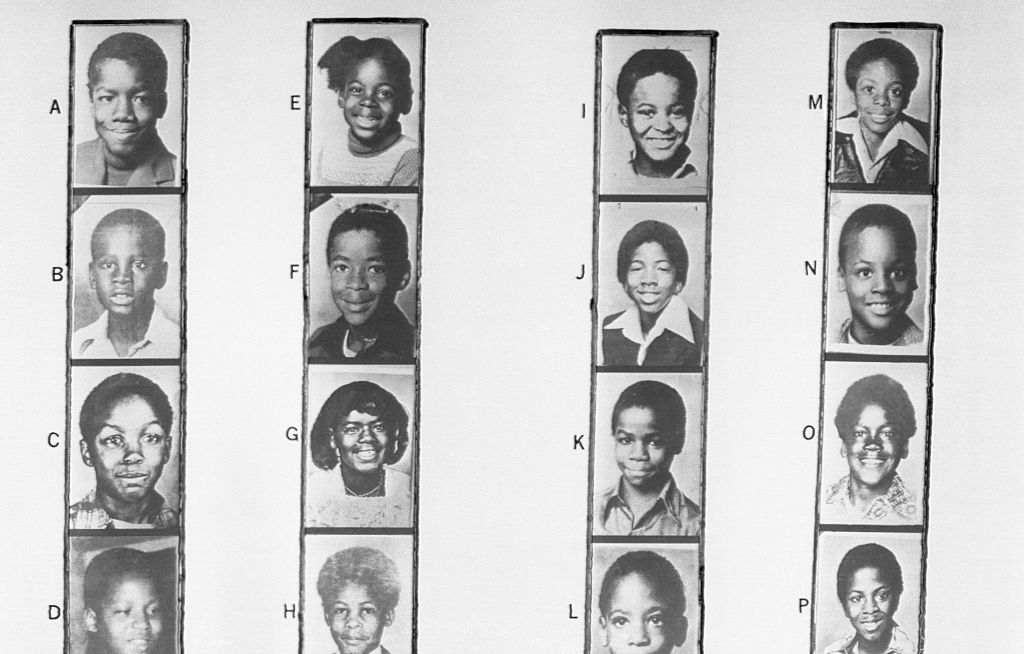 Smith was on the way home from a skating rink near his home in Atlanta when he disappeared, the New York Times reported. Eight days later, he was found shot. The two boys’ deaths were almost written off as drug-related by cops, but eventually they would come to be understood to be the first victims in the Atlanta Child Murders.

Harvey was last seen riding his bike a few miles from his home, according to the Times. His remains were found over a month later; his body was too decomposed to determine a cause of death. 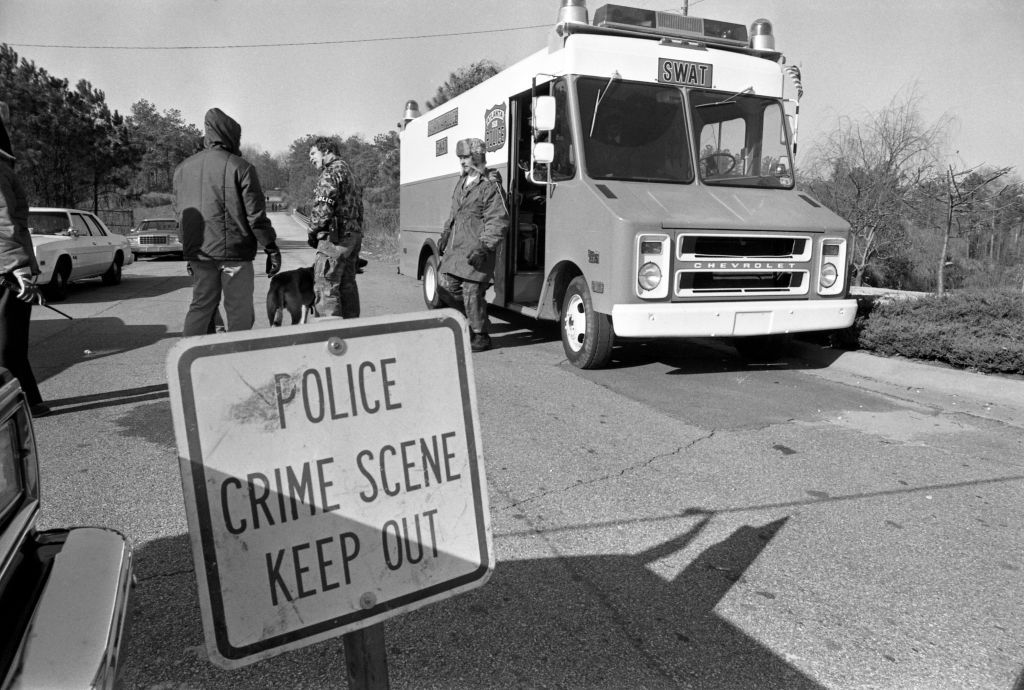 Neighbors described Bell as “wily, quick witted, near brilliant” to the Washington Post and told stories of the fifth grader being asked to help balance checkbooks of adults in the community. Bell had dreams of being a gymnast before his body was found strangled and stuffed in a crawlspace in a boarded up school four blocks away from his home.

Lenair and her mother Venus had recently moved to the Atlanta area from Chicago.Venus thought it would be good for her daughter to “grow up around trees,” the Post reported. When Lenair wasn’t home in time to watch her favorite show, Sanford and Son, after school, Venus knew something was wrong. Lenair was reported missing on March 4, 1980 before her body was discovered strangled, raped, and tied to a tree a few blocks from her apartment.

Mathis, known for being a good student at school, left home on March 11, 1980 to buy his mom cigarettes at the store, but never returned home, per the New York Times. His remains were found by FBI agents 11 months later.

Middlebrooks was found dead by blunt force trauma behind a tavern in southeast Atlanta, according to the Times. Reports at the time state Middlebrooks had testified against some of his peers at a criminal proceeding a few days before he disappeared, and authorities suspected his death may have been an act of vengeance.

Richardson was on his way to the public swimming pool in Decatur, Georgia when he disappeared, the New York Times reported. Eight months later, the boy’s remains were found.

Wilson was thought to have been taken from her home while her family slept in late June, but volunteers who spent every Saturday searching for her didn’t find her remains until October, per the Post.

Wyche’s death was initially ruled as an accident by Atlanta police who claim he accidentally fell from a railway trestle. However, according to the Washington Post, his mother told authorities that Wyche was afraid of heights and would have never climbed up the trestle in the first place. She believed he only would’ve done so if he was frightened or running from someone. 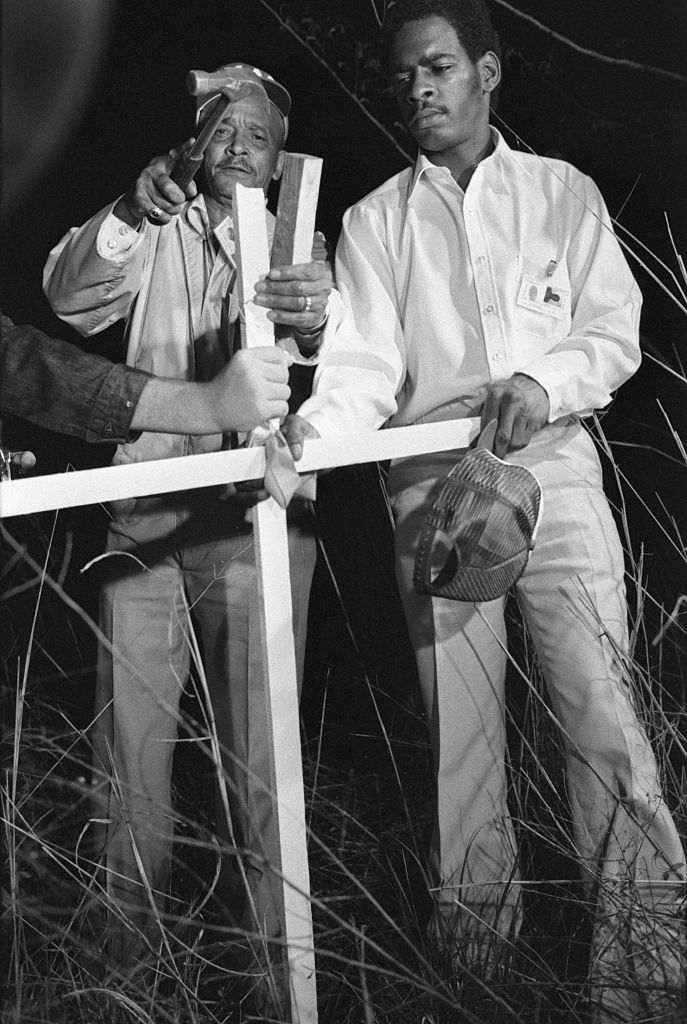 Two members of the United Youth Adult Conference hammer a cross into the ground, marking the place where Aaron Wyche’s body was found on June 24, 1980.
BettmannGetty Images

Carter was reported missing the day before his body was found near a neighborhood warehouse, according to the New York Times. He died of multiple stab wounds, and the fact that his cause of death was different from the others initially led authorities to believe that his murder was unrelated to the others.

Terell was last seen leaving a park or public swimming pool in his southeast Atlanta neighborhood on July 31, 1980, the Times reported. Almost six months later, his body was found next to Richardson’s, which led the police to believe the two murders were connected.

One day, while visiting from Cleveland, Jones decided to go out to collect aluminium cans to earn a little pocket change, according to the Post. He was later found strangled beside a shopping center dumpster.

Glass had run away from several foster homes before his disappearance in September 1980, per the New York Times. Because Glass’ body has never been recovered, he has not always been included as one of the 29 deaths in the Atlanta Child Murders.

Reported missing the day before, Stephens’ body was found in a trailer park about five miles away from his home. He had been suffocated, the Times reported, and police were able to collect a green fiber from the scene for analysis.

Aaron Jackson would spend his days wandering around his Atlanta community. The fourth grader roamed around the woods, the park, and one time, into his neighbor’s kitchen, where he helped himself to some plums before falling asleep on the couch, the Post said. A day after Jackson went missing, his dad, Aaron Jackson, Sr., turned on the TV and saw the body of another black boy had been found strangled, lying face-up on a river bank. Aaron Sr. called the police, took one look at the picture they showed him and knew it was his son. 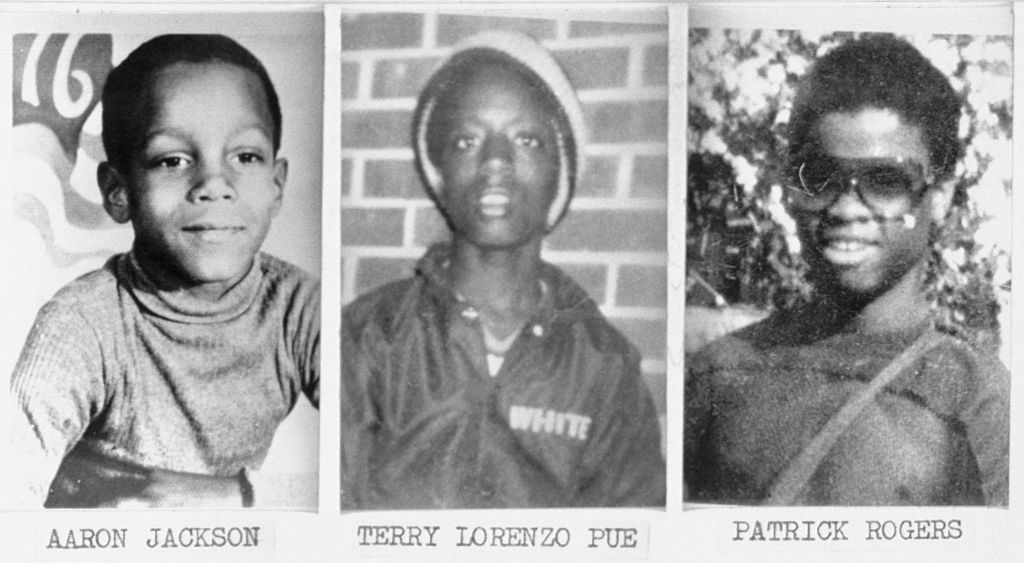 Rogers knew several of the previous victims and, according to reports, was being investigated by police for a robbery. His body was pulled out of the Chattahoochee River eight days after he went missing. His death was caused by a head injury, and Rogers is the first victim to be suspected of having been dropped into the river from a bridge above.

Hoping to make a little pocket change, Geter was selling car air fresheners at an Atlanta mall the day he disappeared, the Times reported. His body was later found in a wooded area where he’d been strangled.

Pue spent the night he disappeared at a hamburger restaurant in East Atlanta, per the New York Times. The next morning, he was discovered strangled on the side of the road.

Last seen at the Omni entertainment complex, Baltazar’s body was found strangled behind an office park by a maintenance worker, per the Times. Police were able to link his death with five of the other murders with fibrous materials found at the crime scene, the Atlanta Journal-Constitution reported. 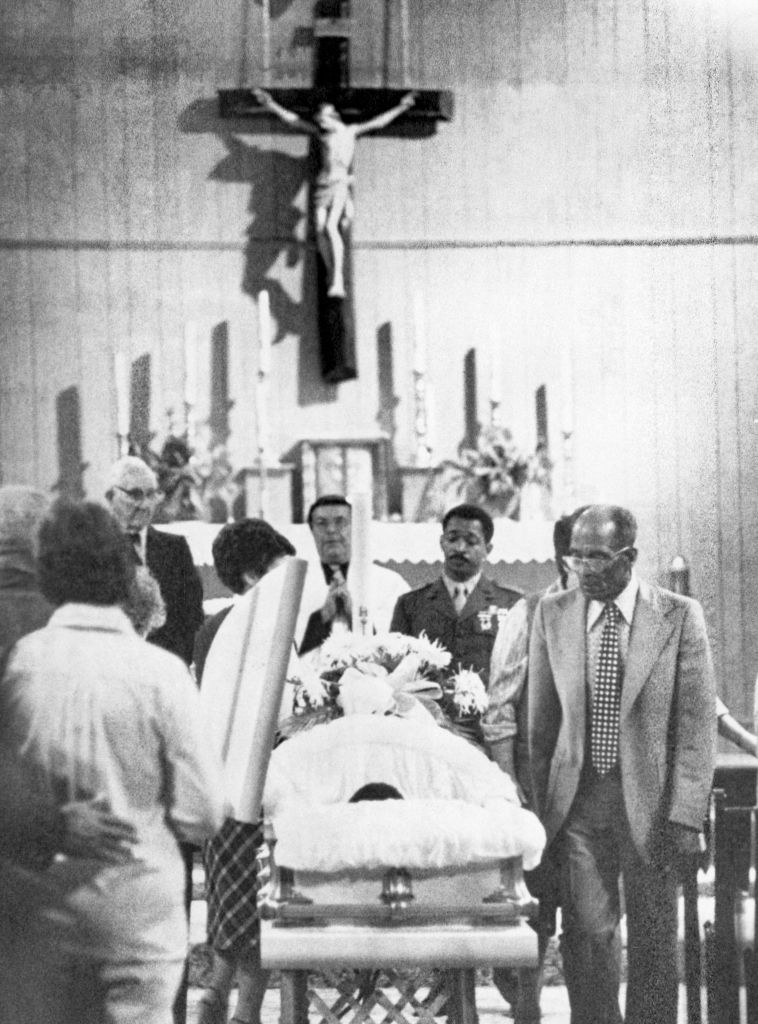 Walker’s body was found partially submerged and caught on a log near the bank of the South River a few weeks after he disappeared, the Times said. Last seen at a gun store where he had applied for a job, Walker had been suffocated.

Known as “Jojo” to his family, Bell—not related to victim Yusuf Bell—had been missing for over a month before his body was found in the South River, according to the Times. He had been last seen at the fast food fish restaurant near his home where he did odd jobs each week to earn a few dollars. 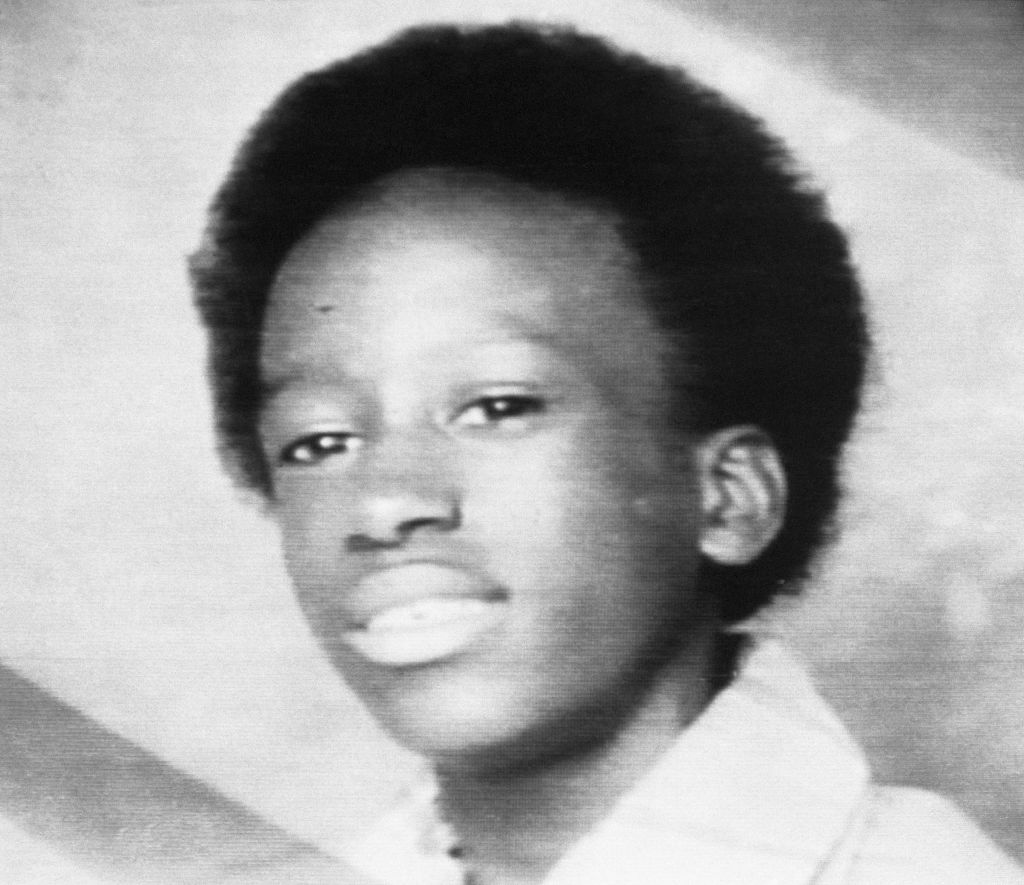 The student at Dean Rusk Elementary was found dead in the Chattahoochee River, the Times said. His cause of death was asphyxiation, per an FBI report. 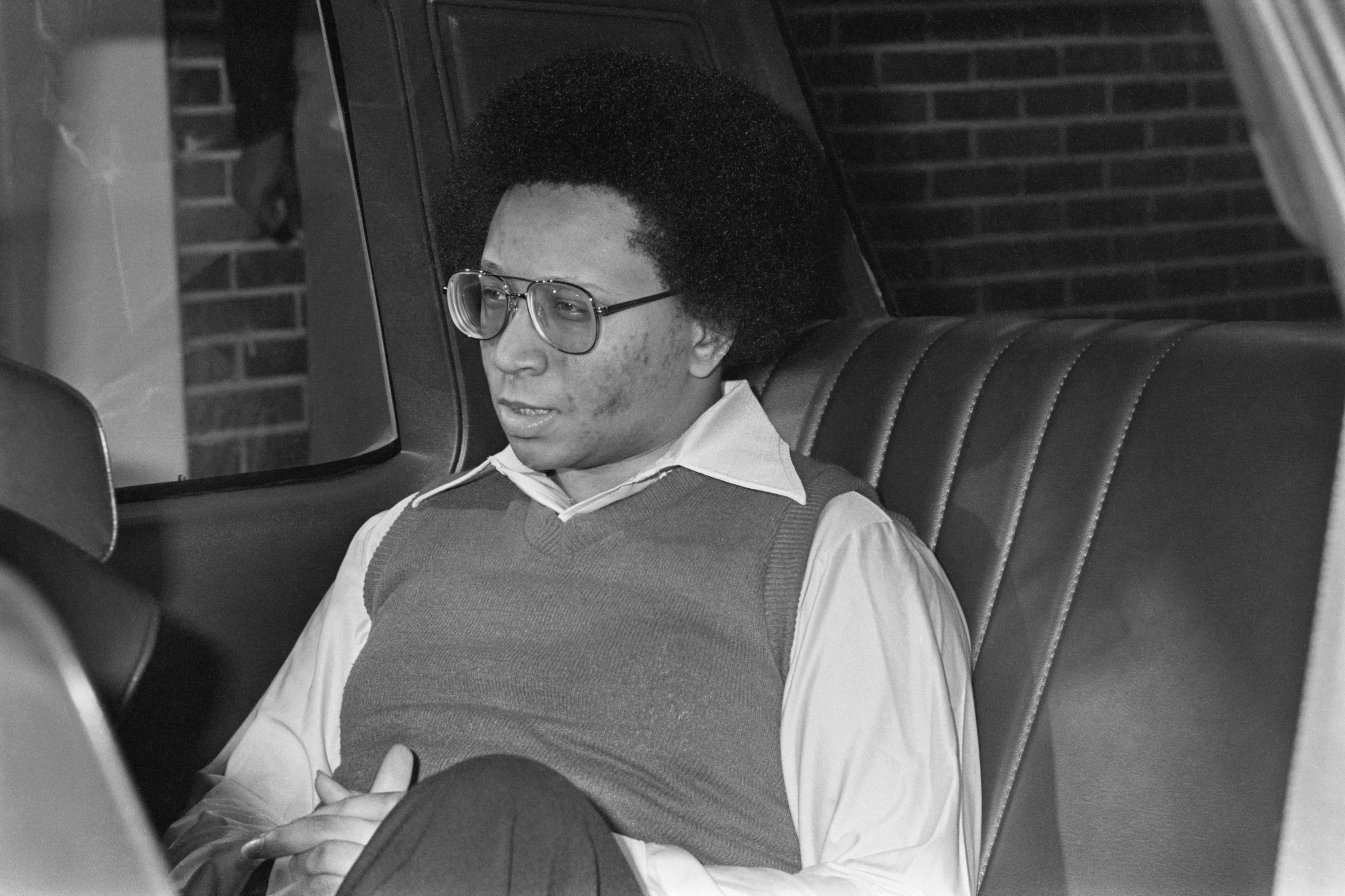 Duncan was the first adult victim of the Atlanta Child Murders. Authorities have theorized that the underage curfew instituted in the city caused the perpetrator to start attacking younger males who were smaller in stature. Duncan, who was described as small in size and having a mental disability, per the New York Times, was found in the Chattahoochee River, according to aforementioned FBI report.

Rogers was last seen getting into a car with a black male, the New York Times reported, before his body was discovered in an abandoned apartment building about six blocks away from his home, per the publication’s digital archive. 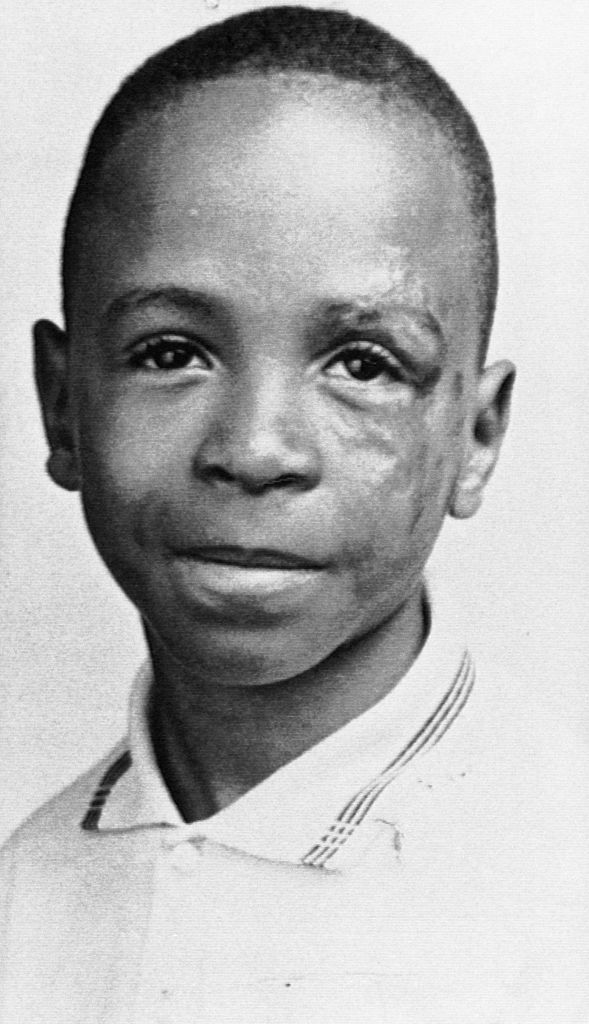 McIntosh was last seen 20 days before his body was recovered in the South River, according to the FBI report.

A resident of south Atlanta, like the other adult victims, Payne was small in stature and police believed he was mistaken for a teenager, per the New York Times. His body was found in the Chattahoochee River by three boys who were fishing in the area.

The oldest victim in the Atlanta Child Murders, Porter was found stabbed in an abandoned lot. At the time, fibers found on the man’s body made police hesitant to include him on the list of victims, the FBI report said.

Last seen on May 11, 1981, according to the FBI report, Barrett was discovered to have been strangled the next day. 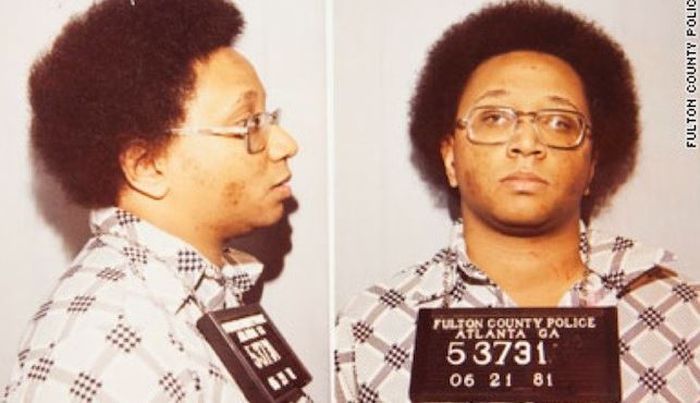 Two days after police heard a suspicious splash in the Chattahoochee River, fishermen discovered Cater’s body a mile downstream from a bridge and less than 100 yards from where Payne’s body had been found, according to the FBI report. In response, police started surveilling Wayne Williams around the clock. Williams was eventually found guilty in the murders of Cater and Payne.