A PROTESTER who ran across the Old Trafford pitch with a Manchester United corner flag was later filmed sniffing a suspicious white powder off it.

In scenes that will do nothing for his cause, he was shown outside the ground emptying the substance on the bottom of the pole. 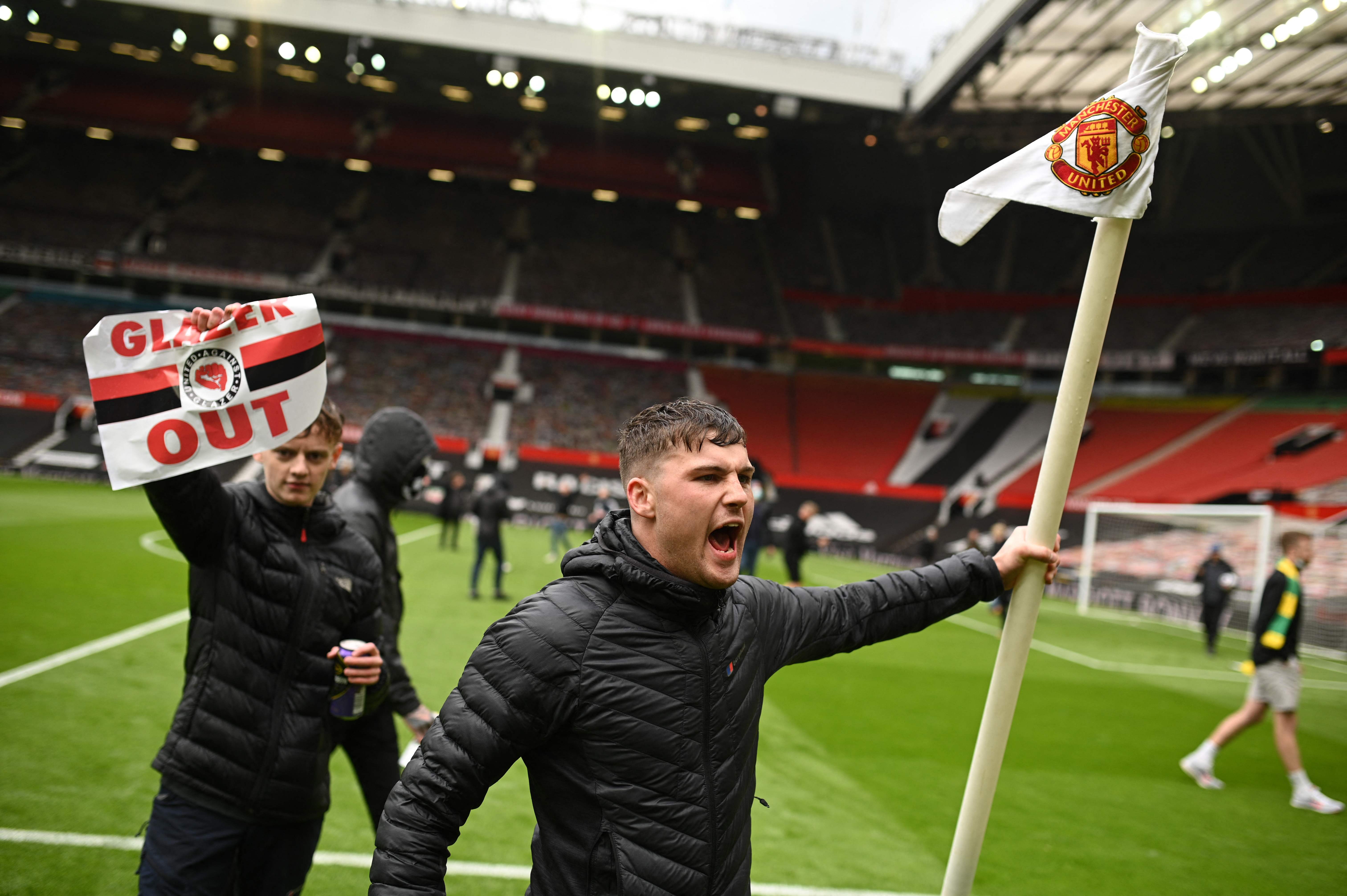 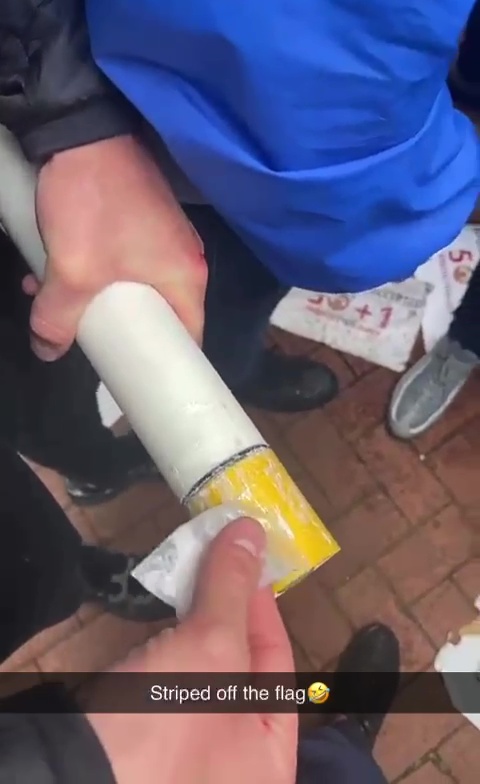 After appearing to snort it, he holds up the flag — bearing the club’s crest — and shouts “United” while laughing into the camera.

The video was shared on Snapchat with a laughing emoji and a caption reading: “Striped off the flag.”

Sunday’s demo saw 1,000 fans gather outside the stadium to protest at the club owners, the US-based Glazer family, in the wake of the failed European Super League proposals.

Around 100 stormed the pitch. Others massed at the hotel where United players were staying.

The match against Liverpool was postponed.

Police said six officers were hurt, including one who suffered a fractured eye socket and another whose face was slashed.

Assistant chief constable Russ Jackson said: “We fully respect the right for peaceful protest. But it soon became clear many present had no intention of doing so peacefully.” 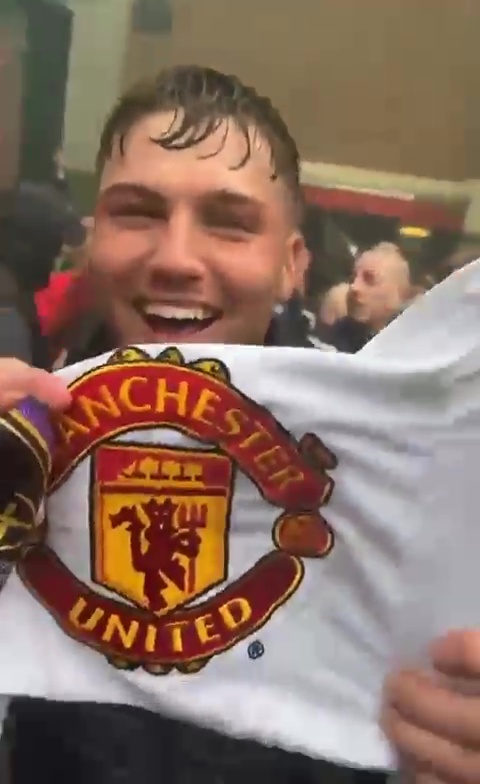 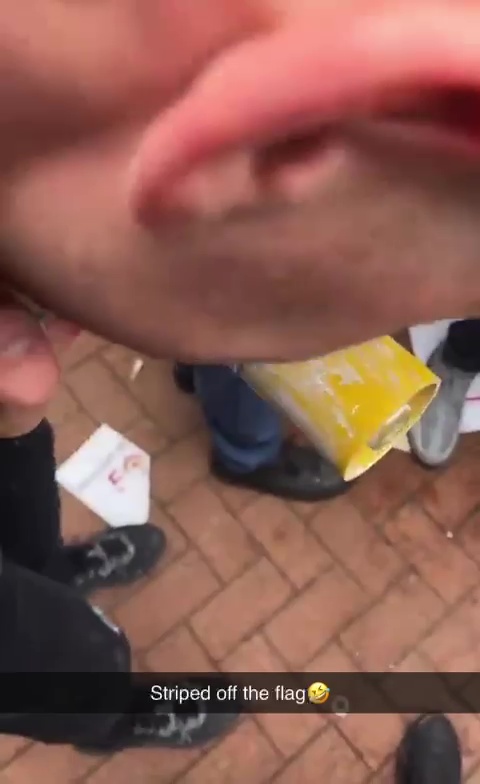 United denied claims that staff had opened a stadium gate for protesters and insisted they had smashed their way in.

PM Boris Johnson, who was anti-Super League, said: “I don’t think it’s a good idea to have disruptive behaviour.

“But I do understand people’s strength of feeling.” 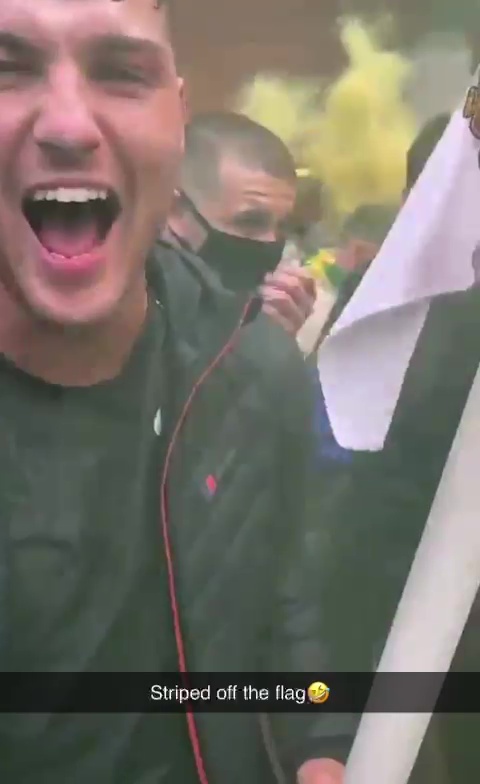 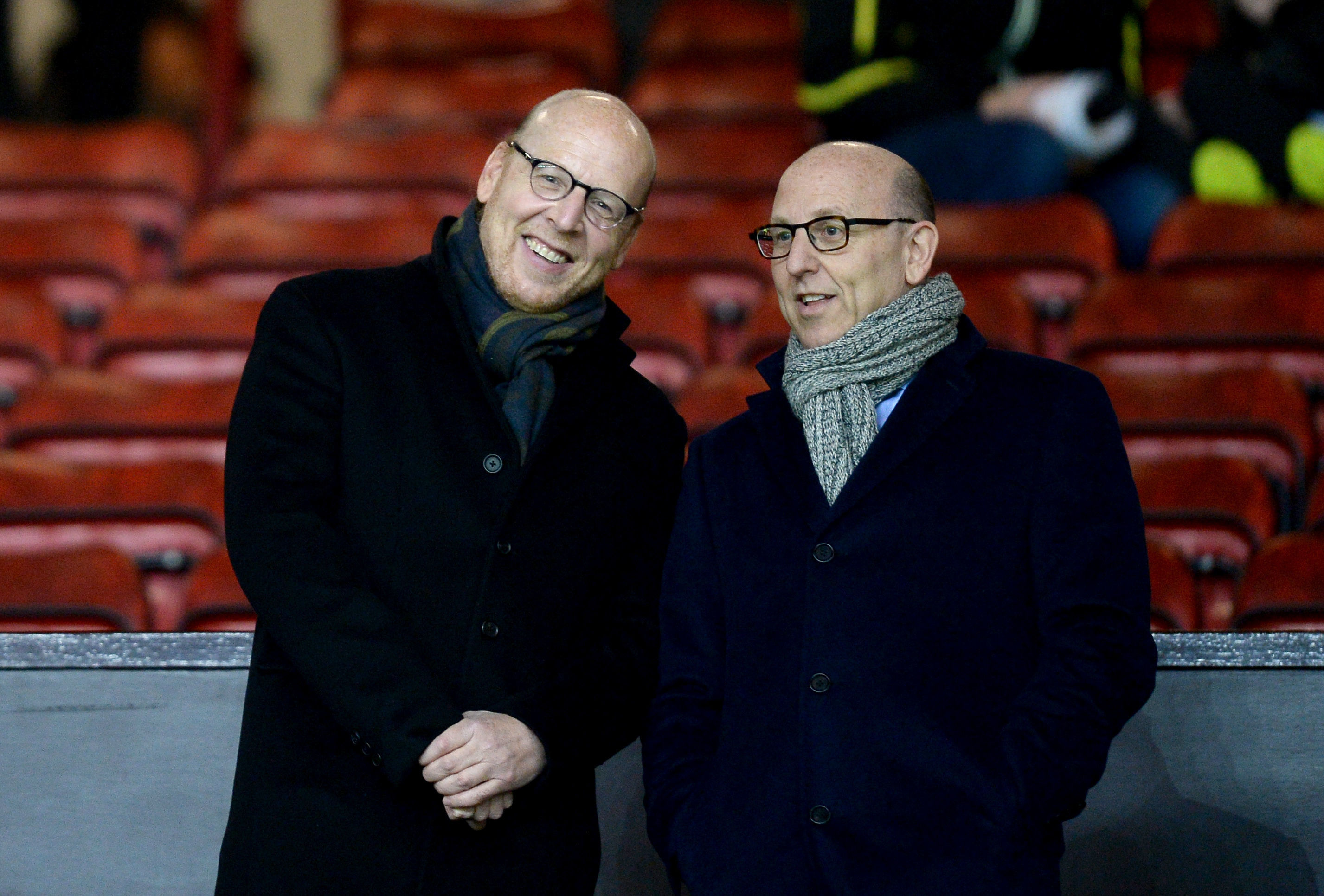 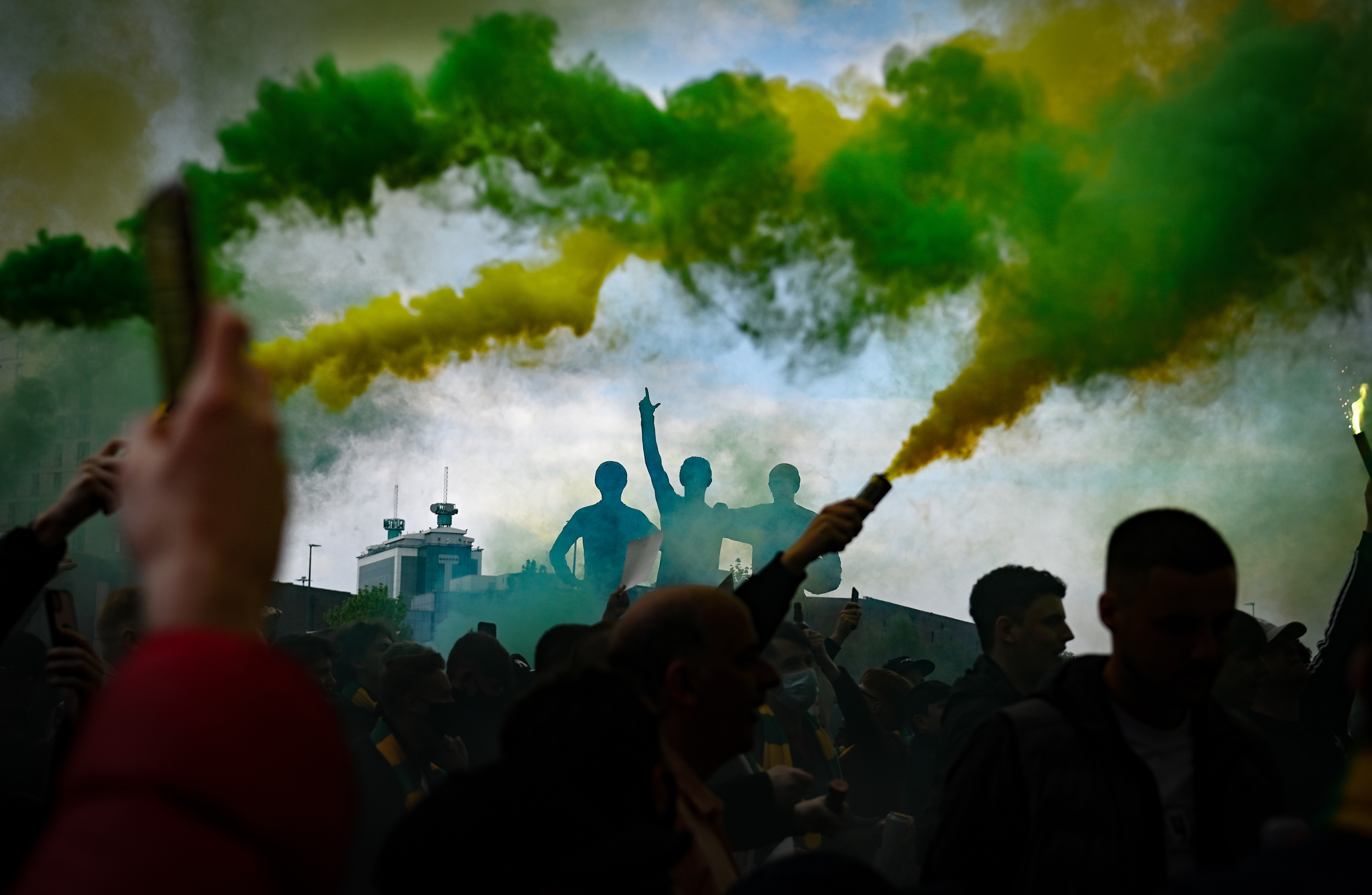 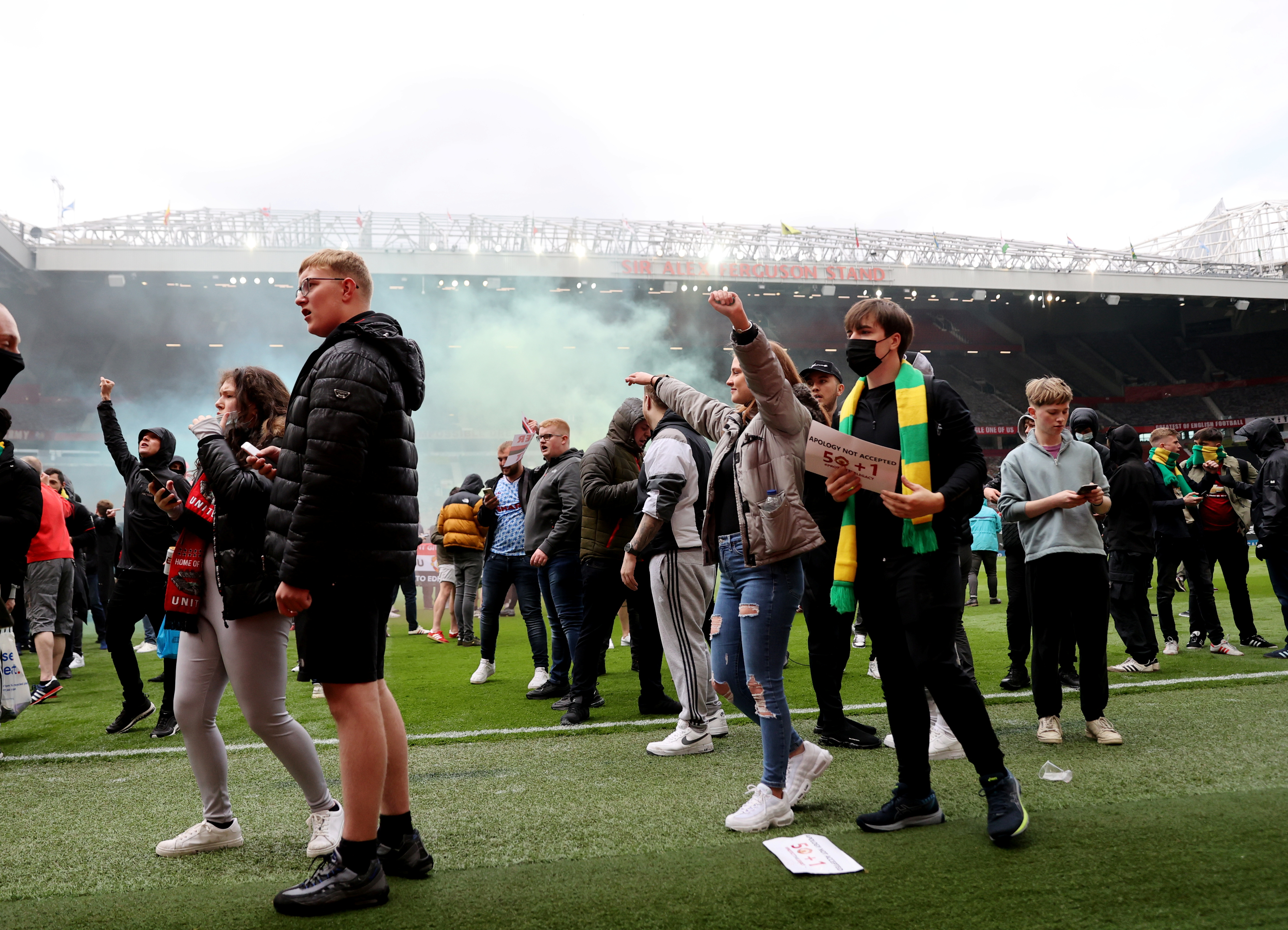