A man has revealed how he was ‘held under hot water’ by his boyfriend in a shocking incident of domestic violence.

The victim, identified by the pseudonym Zach, told BBC News his boyfriend used to have a ‘heart of gold’ but that his behaviour changed during lockdown.

‘One night I was just getting in the shower and he stormed in, tore the shower rail off the wall, held me under the hot water, and started screaming in my face,’ Zack recalled.

He phoned the police and was told officers would attended the scene within an hour. Two months later and he still has yet to be contacted. 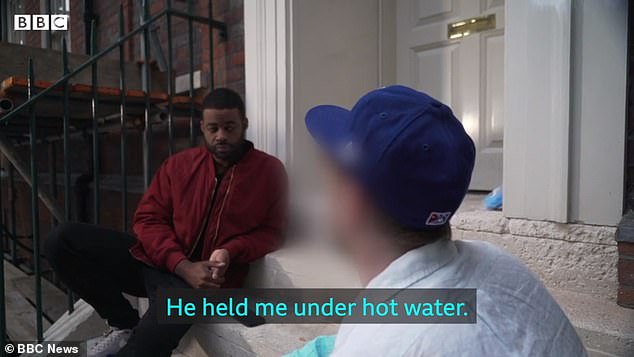 The victim, identified by the pseudonym Zach, told BBC News his boyfriend used to have a ‘heart of gold’ but that his behaviour changed during lockdown.

”Initially the police said, “we will come and see you and we’ll be there in an hour”,’ Zack continued. ‘But I waited an hour and the police weren’t there. Then I waited another four hours and they still hadn’t turned up.’

During this time the domestic violence continued. ‘He had access to my iCloud, he blocked my phone and computer,’ Zack said.

The victim questioned whether police didn’t see him ‘at risk’ because he’s a gay man.

He added: ‘Because I’m gay, it’s taken me a while to realise I’m a domestic violence victim.’

The police have now apologised and told BBC reporter Ben Hunte they are ‘looking into it’.

Research by Stonewall showed LGBT people rarely go to the police with experience of domestic abuse. Of those that did, more than half were not happy with the police response.

LGBT anti-violence charity GALOP, which runs the UK’s only domestic violence helpline for lesbian, gay, bisexual and transgender people, says some weeks the numbers contacting its helpline are more than double those seen before the first lockdown. 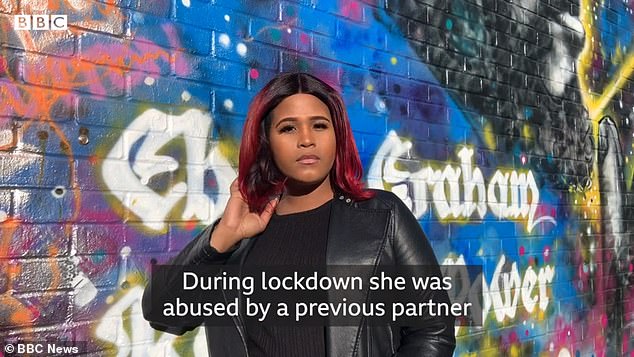 Surelle, a 28-year-old transgender woman, told the BBC she was abused by a previous parter who suddenly became abusive

Surelle, a 28-year-old transgender woman, told the BBC she was abused by a previous partner who suddenly became abusive.

‘My partner would shame me, choke me. He would jump on me, strangle me,’ she said. ‘He would spit at me, tell me I am disgusting.’

It deteriorated to the point where Surelle had to take sleeping tablets at night.

After months, Surelle was suddenly kicked out and left homeless.

‘[He said] “leave my house right now, you’ve got 15 minutes. This is it, this is your passport, you can go”. He shut the door behind me, and I just remember crying.’

Stonewall Housing, an LGBT homelessness charity, says the number of people it supported in the first months of the restrictions was 82 per cent higher than the same period last year.