DAVID MOYES has issued a hands-off warning as Manchester United and Chelsea reportedly eye-up a move for Declan Rice.

Neither side has yet made a bid but are said to be interested in the England international. 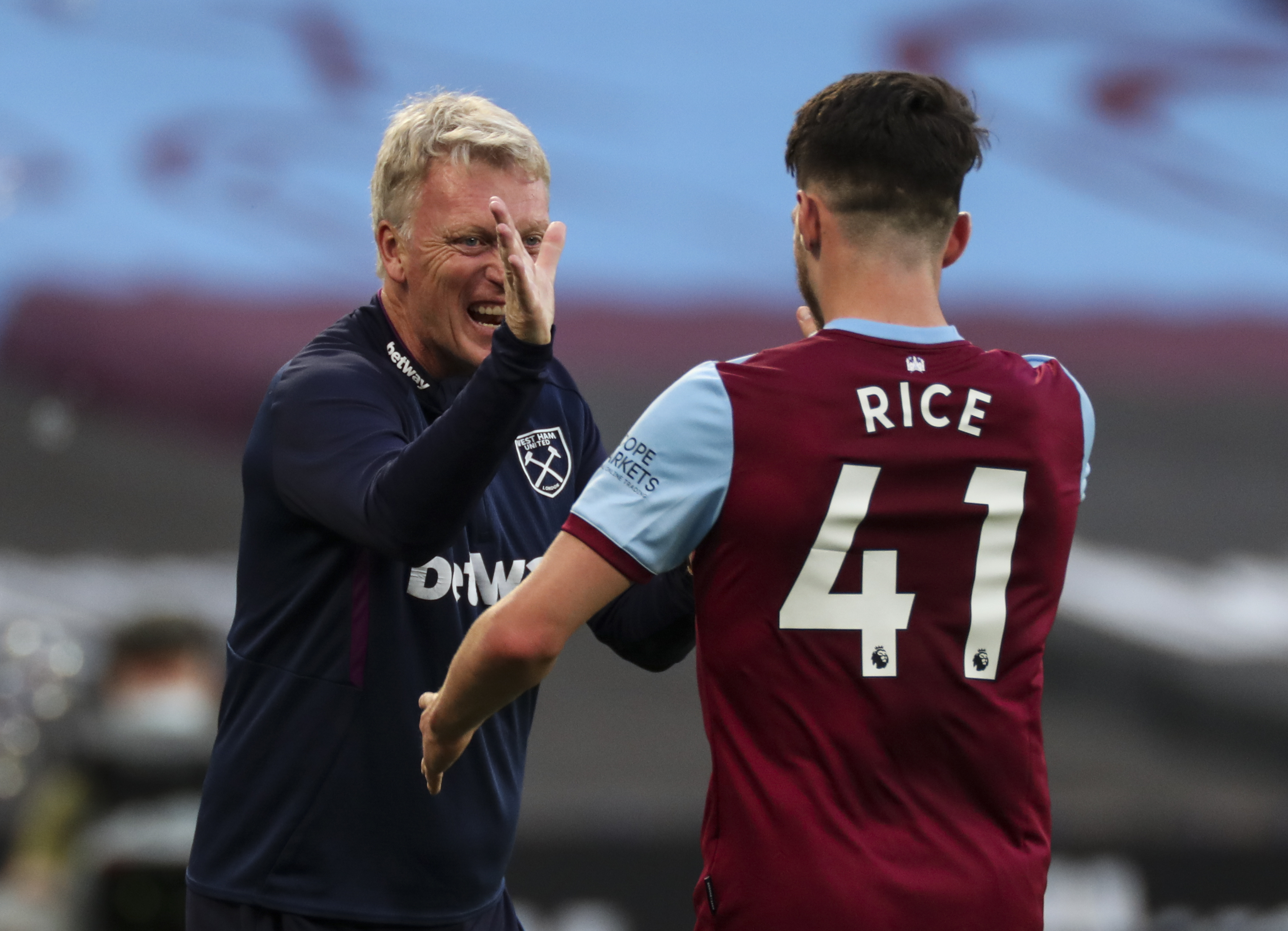 The 22-year-old, who can play in midfield or defence, has continued to impress this season having scored his first England goal against Iceland in November.

He has attracted interest from Chelsea and United – but Moyes revealed neither have firmed that up with a formal offer.

Chelsea released the player in 2014 and will have to pay a significant amount of money if they wish to re-sign him.

United are reportedly preparing to rival the Blues in a £70million transfer battle.

Ole Gunnar Solskjaer is thought to want a defensive midfielder and a centre-back in the summer.

But Rice remains a key part of Moyes' team having played in all 38 Premier League games last season.

The London club have enjoyed an excellent start to the season, winning eight Premier League games – the same amount as Chelsea.

Moyes said: "They're not true [rumours of a bid], we've had no contact from either of those clubs regarding Declan and we wouldn't want any anyway.

"He's doing great for us, he's a big leader now, he's taken a lot of the weight off Mark Noble. He's turning out to be a really good player but also a really good boy and good around the club."

LIVERPOOL VS MAN UTD: GET 40/1 ON A PENALTY FOR EITHER TEAM

Rather than sell, West Ham are looking to invest in their squad.

The Hammers have reportedly made contact with Reims over striker Boulaye Dia, who has scored 12 times this season in France's Ligue 1.

They are also said to be interested in Marseille midfielder Morgan Sanson, with Manuel Lanzini potentially going the other way in a swap deal.