RIYAD MAHREZ is finally starting to find his magical feet at Manchester City.

And the ‘Algerian Prince’ is poised to add more silverware to his glittering collection this season. 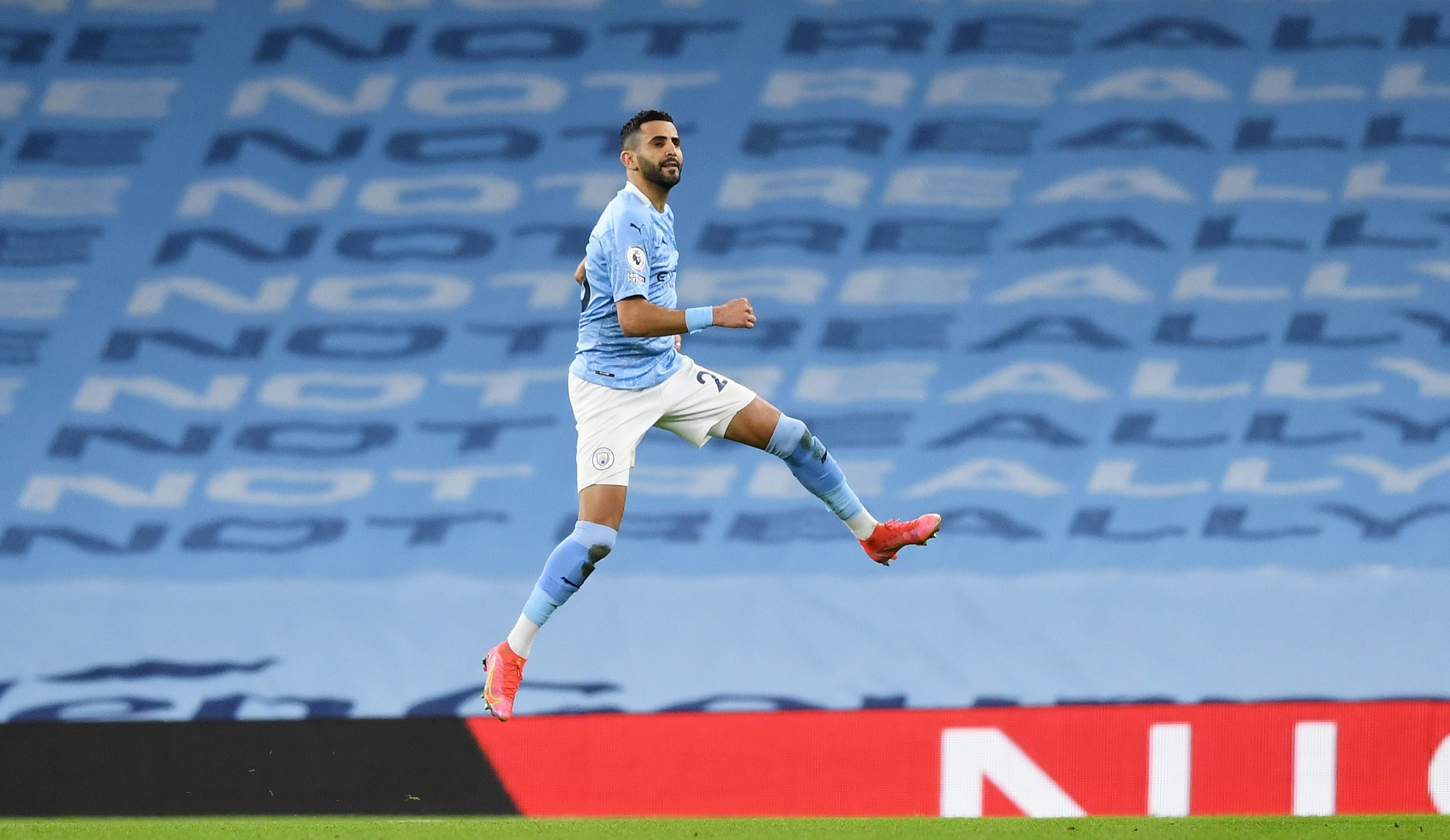 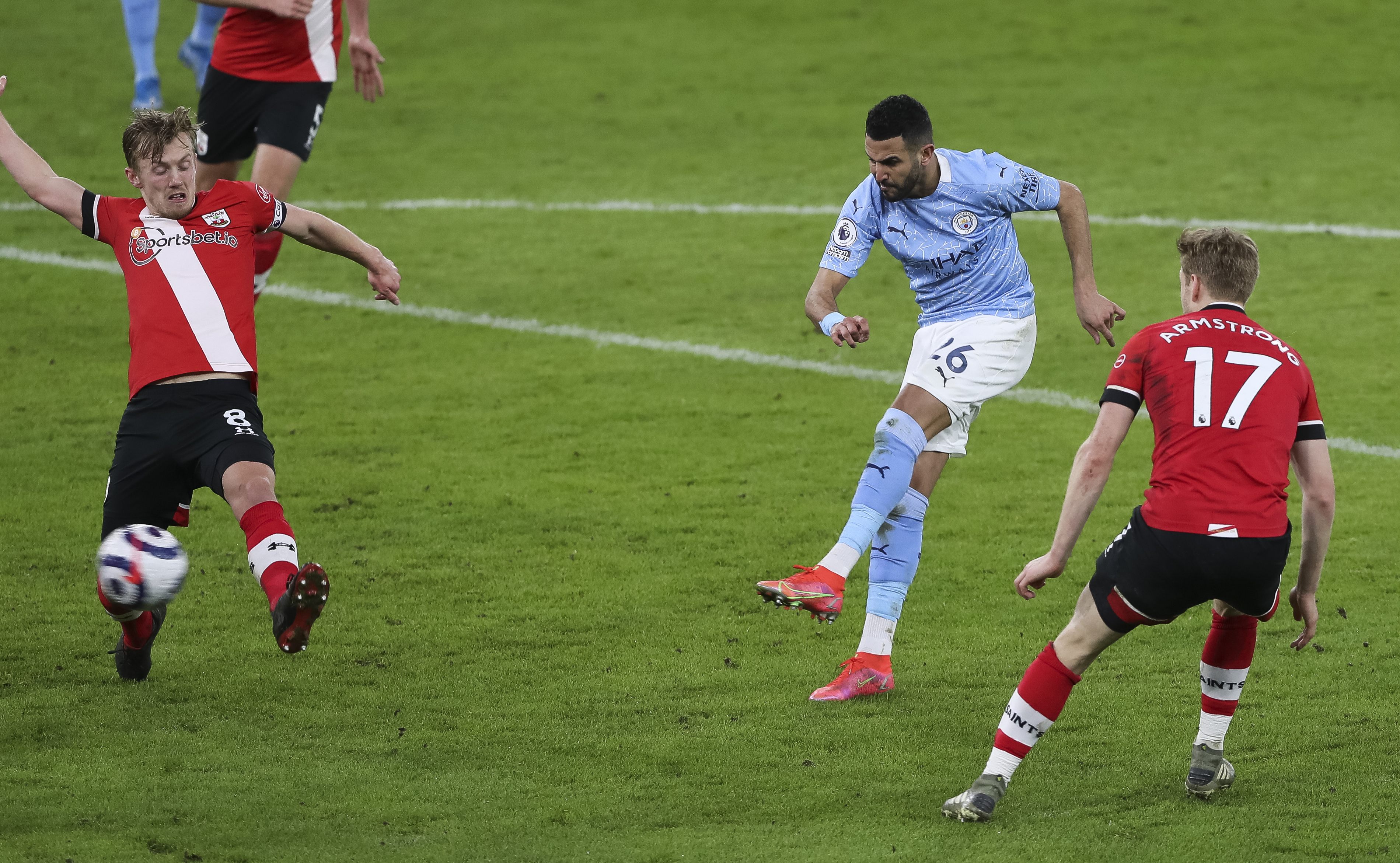 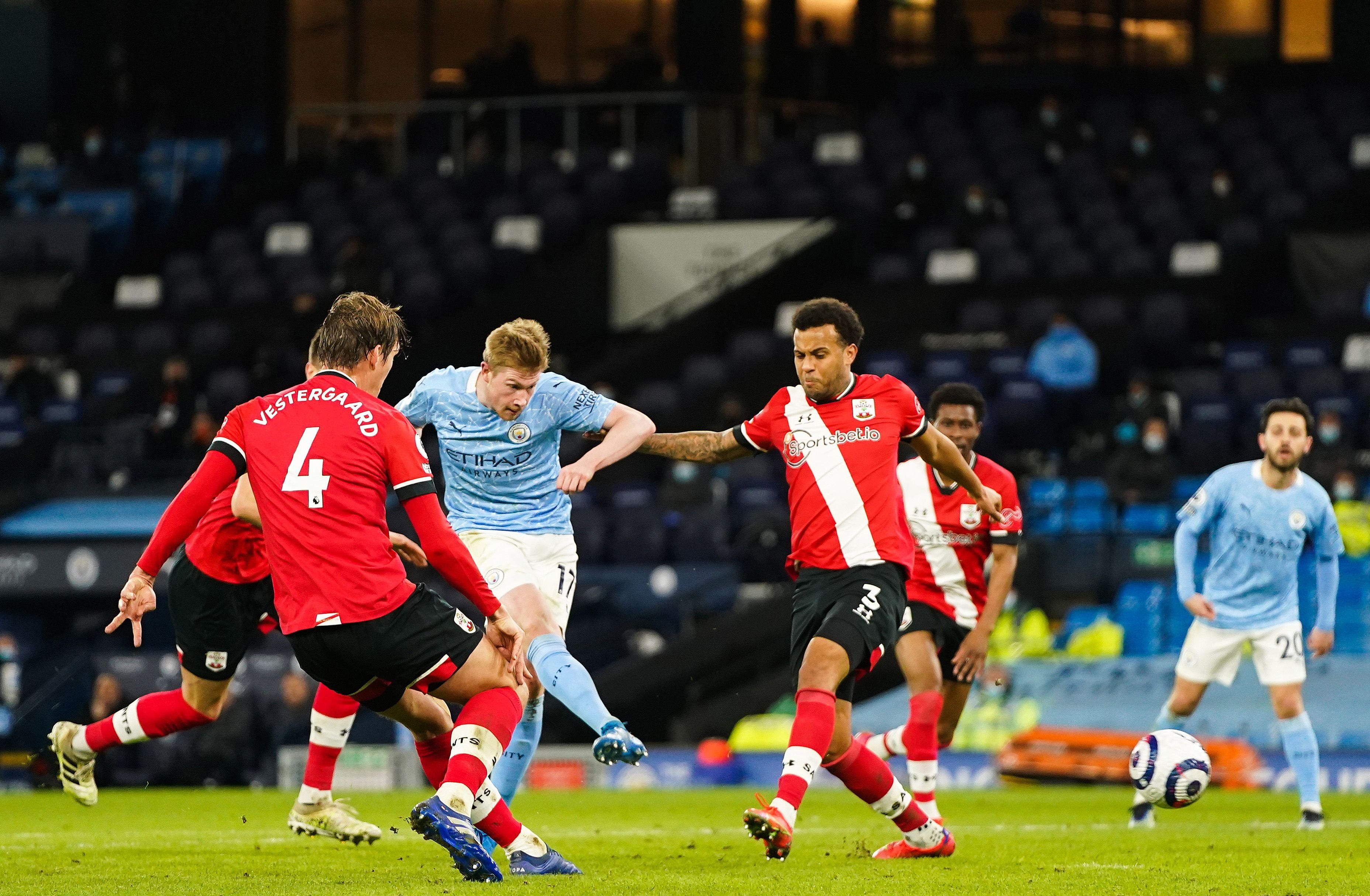 The former Leicester man has not always found it easy since arriving at the Etihad for a then record £60 million three years ago.

But he has been handed six league starts in a row for the first time in his Etihad career.

While others have been rested, Mahrez has been a mainstay during a key run of matches.

And he repaid Pep Guardiola with a devastating 15 minute spell when this game hung in the balance.

He struck a goal either side of half-time and came within a coat of paint of claiming the match-ball – with Ilkay Gundogan gobbling up the rebound.

And his intervention came just at the right time – with his team in a bit of a dip – by their immaculately high standards.

It also restored their lead at the top to 14 points. Six more wins will ensure a third title in the last four years.

City were looking to put their derby disappointment behind them – a game which saw their 21 match winning streak come to an end. 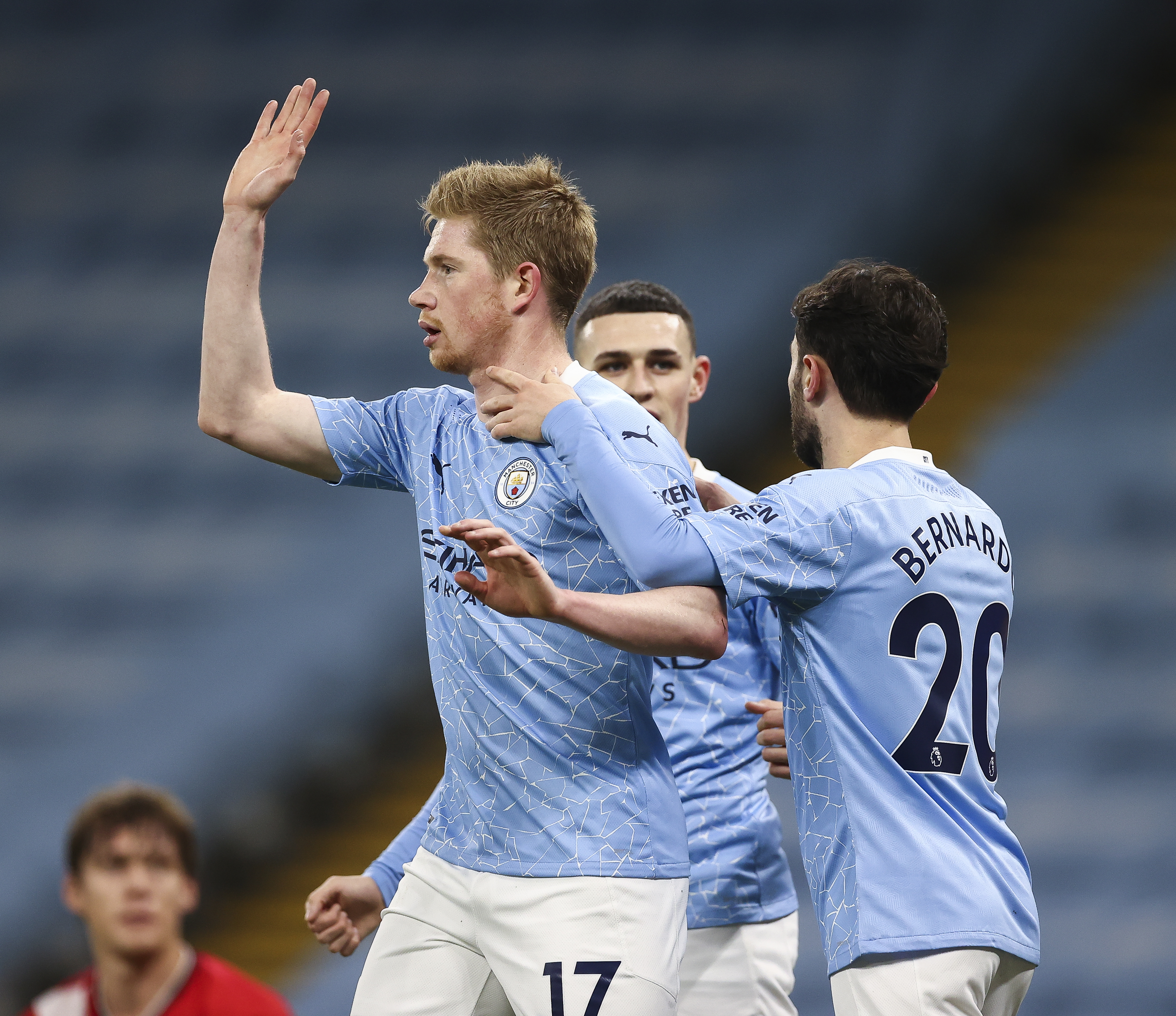 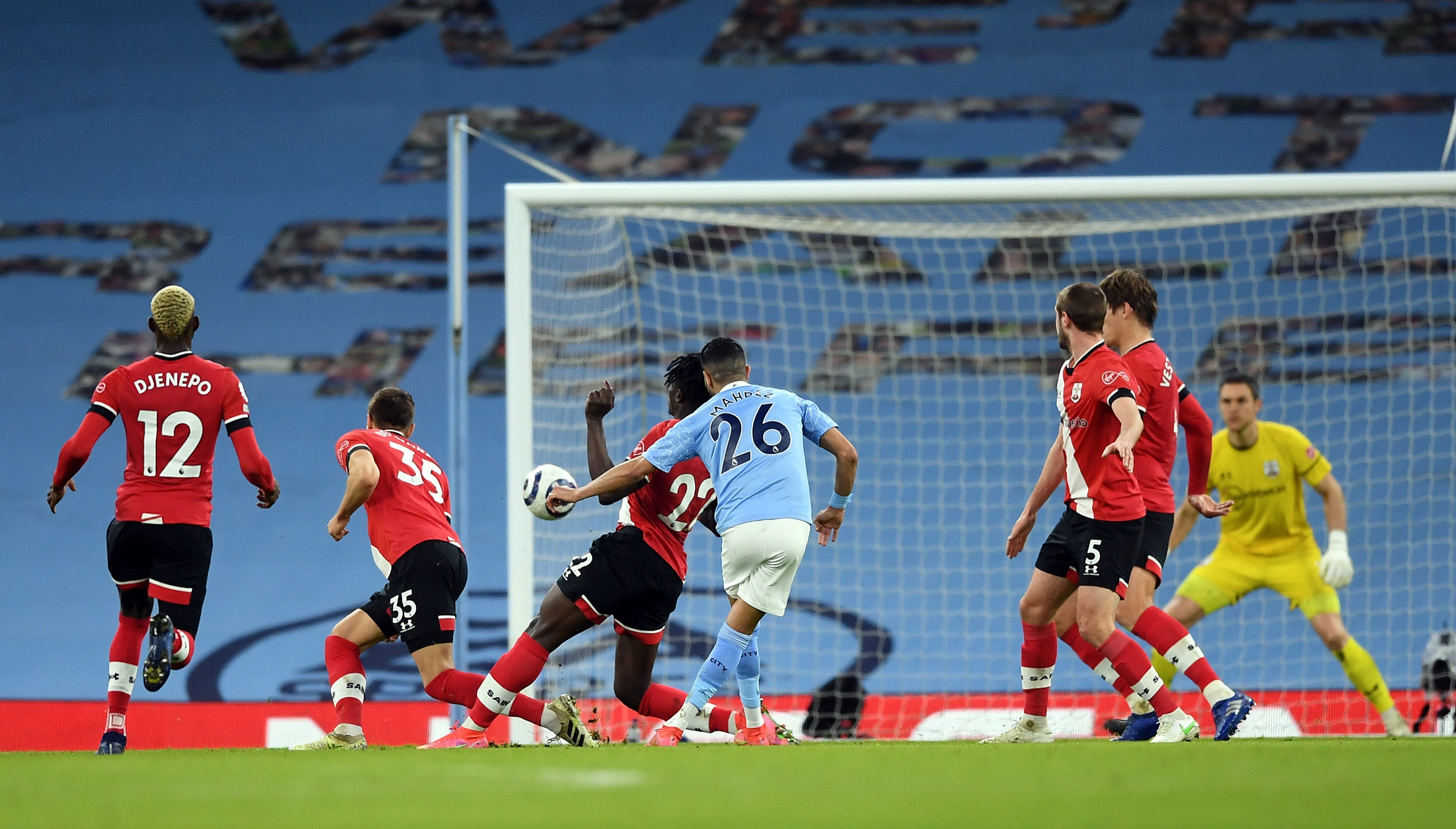 Ironically that sequence started with a victory at Southampton a few days before Christmas – and this looked an ideal chance to launch another one.

Pep Guardiola has never lost back to back home matches during his managerial career – yet in the opening exchanges here it looked a possibility.

With their first attack of the game though, the leaders went ahead as Ruben Dias spread the play with a lovely pass to Oleks Zinchenko.

He slipped the ball inside to Phil Foden whose shot was saved by Alex McCarthy but Kevin de Bruyne followed in to score off the underside of the bar.

The Belgian had a difficult day against United but playing in an advanced position here he was having much more of an impact.

The early goal did not really settle the home side down though and the lead lasted only 10 minutes.

Ederson had to make a low save from Nathan Redmond and from the resulting corner he kept out Jan Vestergaard’s thunderous header.

The ball rebounded to the Danish defender who was pulled back by Aymeric Laporte with ref Jon Moss pointing to the spot. 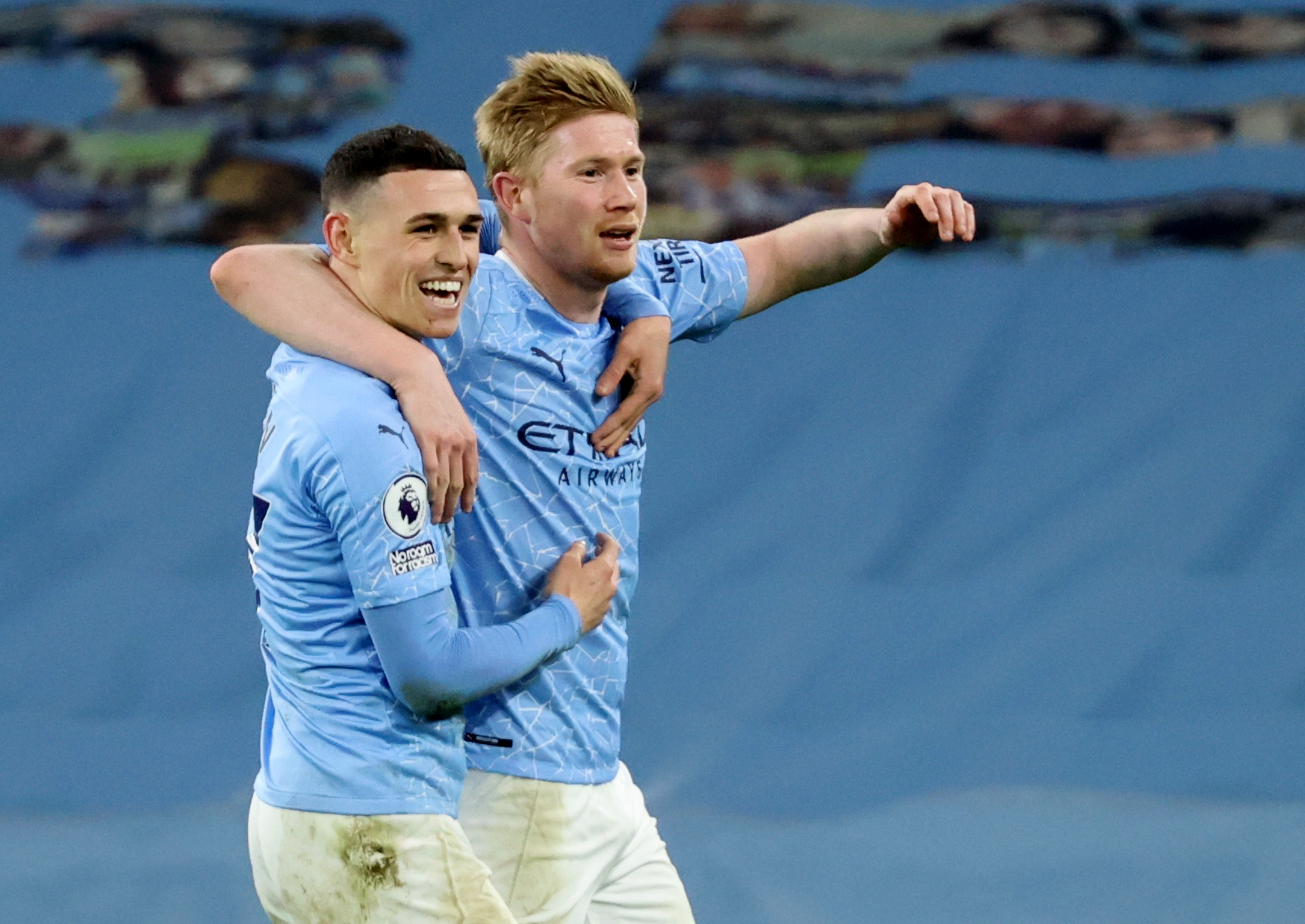 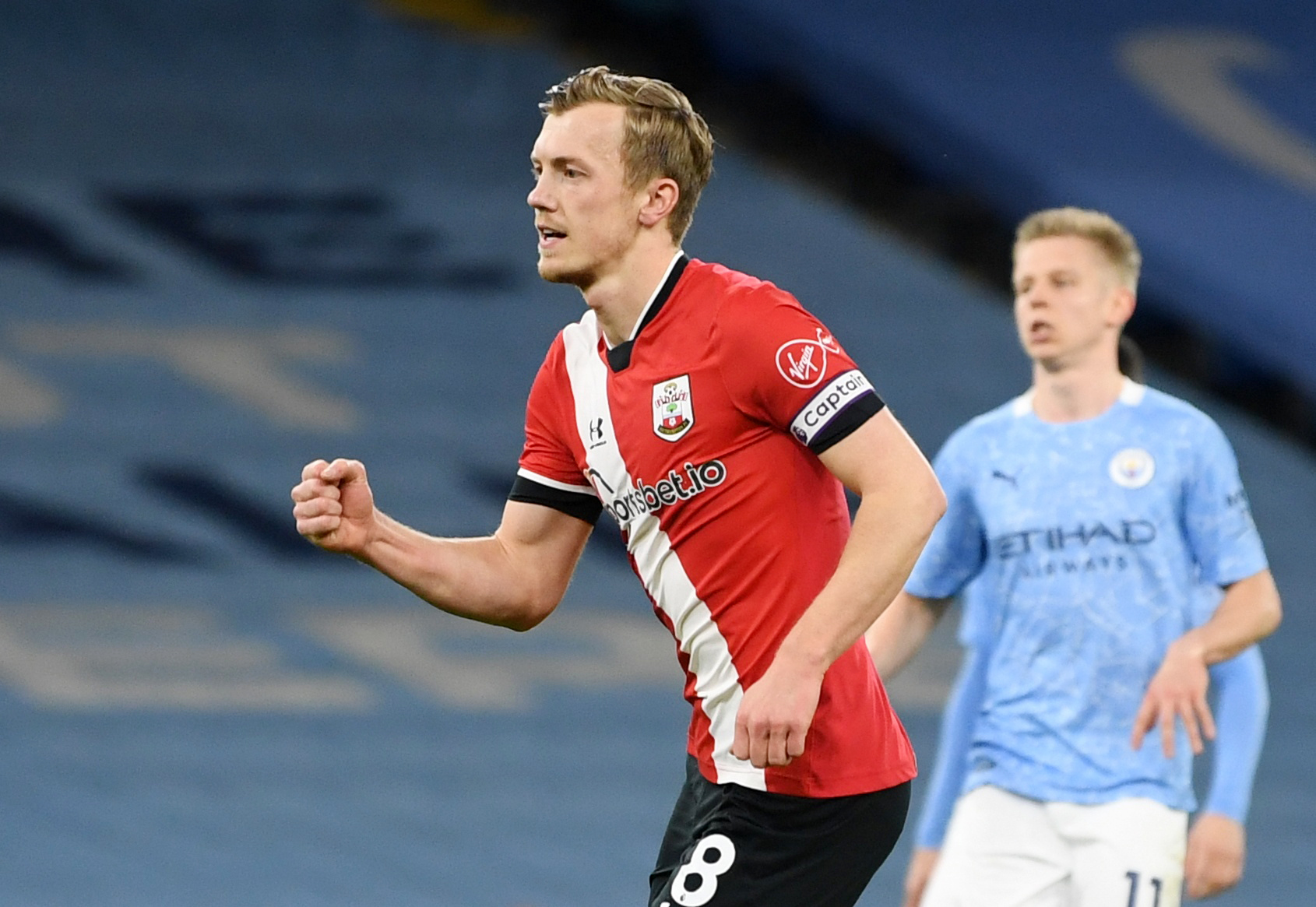 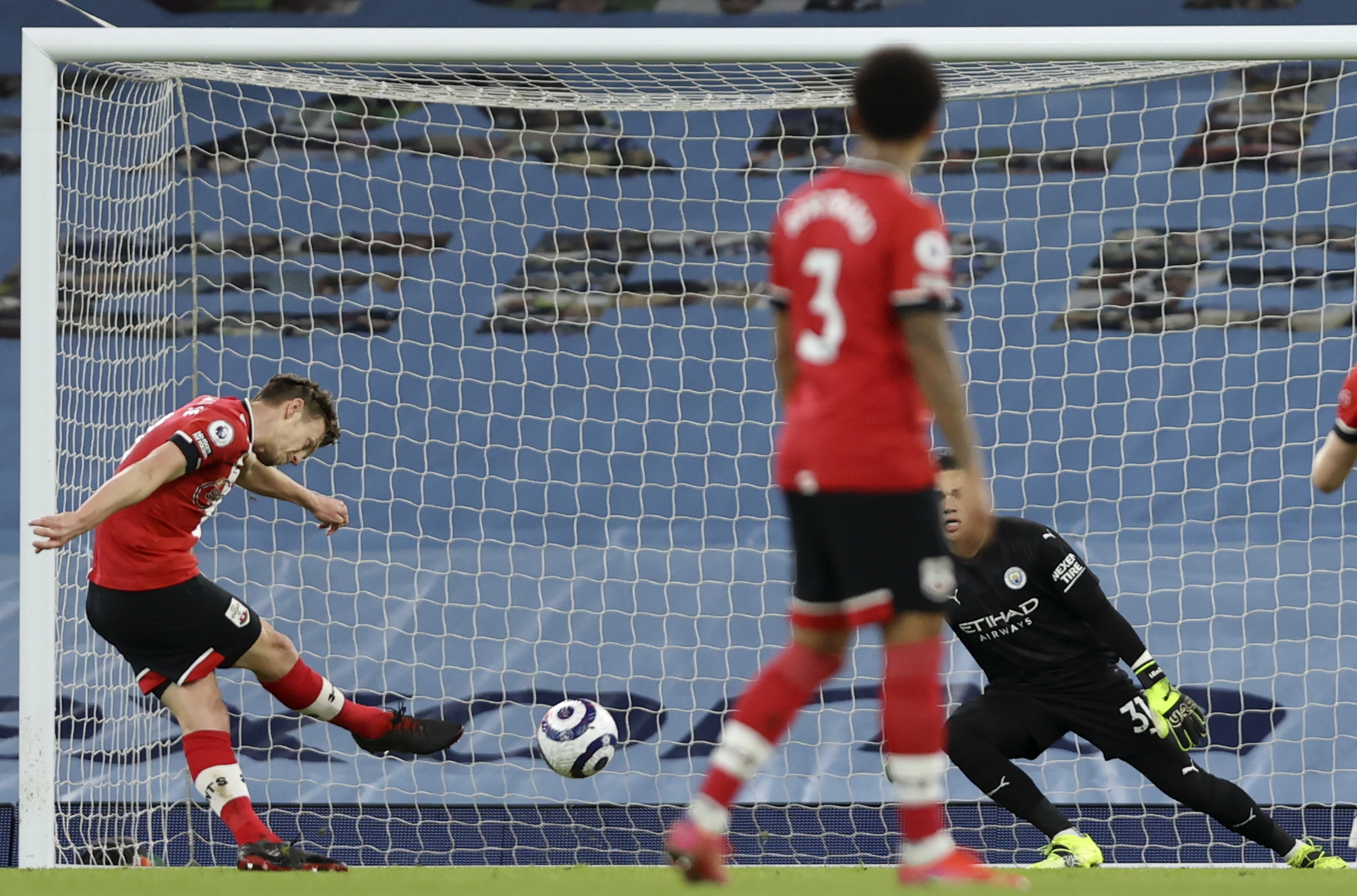 And James Ward-Prowse made no mistake with this one – firing his effort straight down the middle.

City felt they should have had one of their own at the other end as McCarthy mis-controlled a back pass and Phil Foden nipped in.

The Saints goalkeeper clattered into the England youngster but referee Moss felt he got the merest touch on the ball.

Much to the astonishment of the City bench, VAR agreed and there was no penalty.

But just as Ralph Hassenhuttl’s men thought they might get to the break on level terms, they gifted the home side a second goal.

Che Adams scored a wonder goal to sink City at St Mary’s in the summer but here he carelessly fired a cross field pass which Riyad Mahrez intercepted.

The £60 million ace worked it onto his left peg before curling a shot beyond McCarthy.

In first half stoppage time he was at it again – weaving his way around a couple of defenders before firing a right-footed effort against the post.

The rebound fell nicely for Gundogan who had the simplest of his 14 goals this season. 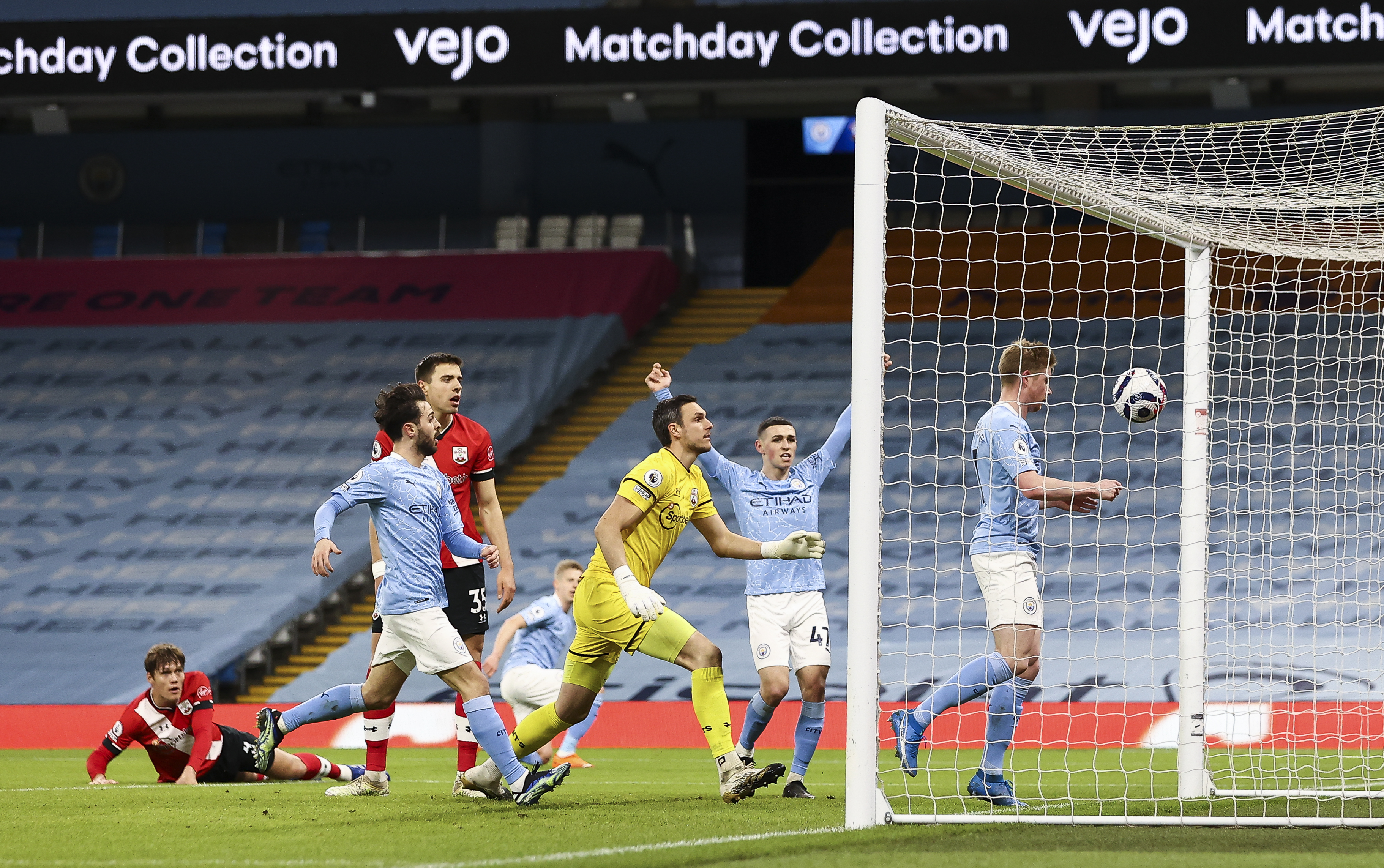 City had let Saints off the hook once – they were clearly in no mood to do it again.

Ten minutes after the break they had another as Mohammed Salisa’s hopeless clearance was intercepted by Fernandinho.

Foden rolled the ball back to Mahrez  who was surrounded by red shirts but still managed to work the ball onto his left foot before beating McCarthy from 15 yards.

City’s march was briefly checked as Moussa Djenpo and Stuart Armstrong fashioned a chance which Adams despatched with ease.

But any hopes of a comeback were quickly snuffed out as Kyle Walker’s ball was held up by Foden.

De Bruyne strolled through the defence before beating McCarthy and putting the points beyond doubt.

Foden and sub Ferran Torres both missed chances to add to Saints’ woes while Sergio Aguero forced a smart save from McCarthy.

But after losing nine of their last 11 matches, Hasenhuttl has enough to worry about already.