A man has been charged after he allegedly attempted to deliver a fruit box concealing a prohibited drug to a quarantined traveller at a five-star hotel in Sydney’s CBD.

The 37-year-old arrived at the Sheraton Grand Sydney Hyde Park shortly after 1pm on Thursday, carrying a fruit box which he claimed to be delivering to a man inside the hotel. 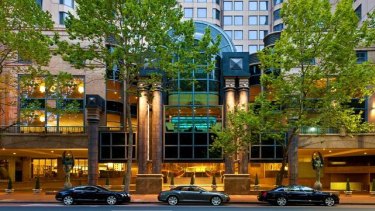 The Elizabeth Street hotel is being used to quarantine recently returned travellers in the wake of the coronavirus outbreak.

Police manning the entrance to the hotel searched the box of fruit and allegedly found a white envelope containing an MDMA capsule.

The man, from Lane Cove, was subsequently arrested and searched, before police allegedly found a bag of white powder, believed to be cocaine.

He has been issued a Court Attendance Notice for supplying and possessing a prohibited drug. He will appear at the Downing Centre Local Court on Friday June 19.

More than 5000 Australians are undergoing mandatory quarantining in hotel rooms and other accommodation.

In NSW, police are managing a number of quarantine hotels on behalf of the government, with some being declared “human health response zones,” as they house large numbers of returned travellers who may have come into contact with COVID-19.

In most cases hotel rooms are not serviced and all meals are left at the door.

Hotels being used for the quarantine range from five-star operators, like Sheraton Grand, Hilton and the InterContinental, as well as more budget chains like Ibis.

On Tuesday guests at the Ibis Sydney complained about deteriorating conditions after the government moved to tighten hotel budgets by 60 per cent.