The rapper-turned-punk rocker, 31, and the heavy metal band were both scheduled to close out the music festival at the same time from different stages.

While talking to fans who showed up to his set, MGK said, “Turn the lights up. Let me see who chose to be here instead of with all the old, weird dudes with masks,” according to the Chicago Sun Times.

The “Bloody Valentine” singer then age-shamed the band, which has been around since 1992, saying, “Hey, you all know what I’m really happy that I’m not doing? Being 50 years old, wearing a f–kin’ weird mask on a f–kin’ stage.”

While Kelly was throwing shade, Slipknot reportedly paid homage to their late founding drummer, Joey Jordison, during their own set. Jordison died in his sleep in July at age 46.

Frontman Corey Taylor also reminisced on when the band signed their first record deal with Roadrunner Records in Chicago in 1998.

“You’ve made us feel like family,” he told the audience while dedicating track “Wait and Bleed” to Slipknot family “past, present and future,” the Sun Times reported.

Slipknot has not commented on social media about Kelly’s remarks, and a rep did not immediately return Page Six’s request for comment.

Meanwhile, Kelly has not further explained why he decided to trash-talk Slipknot. 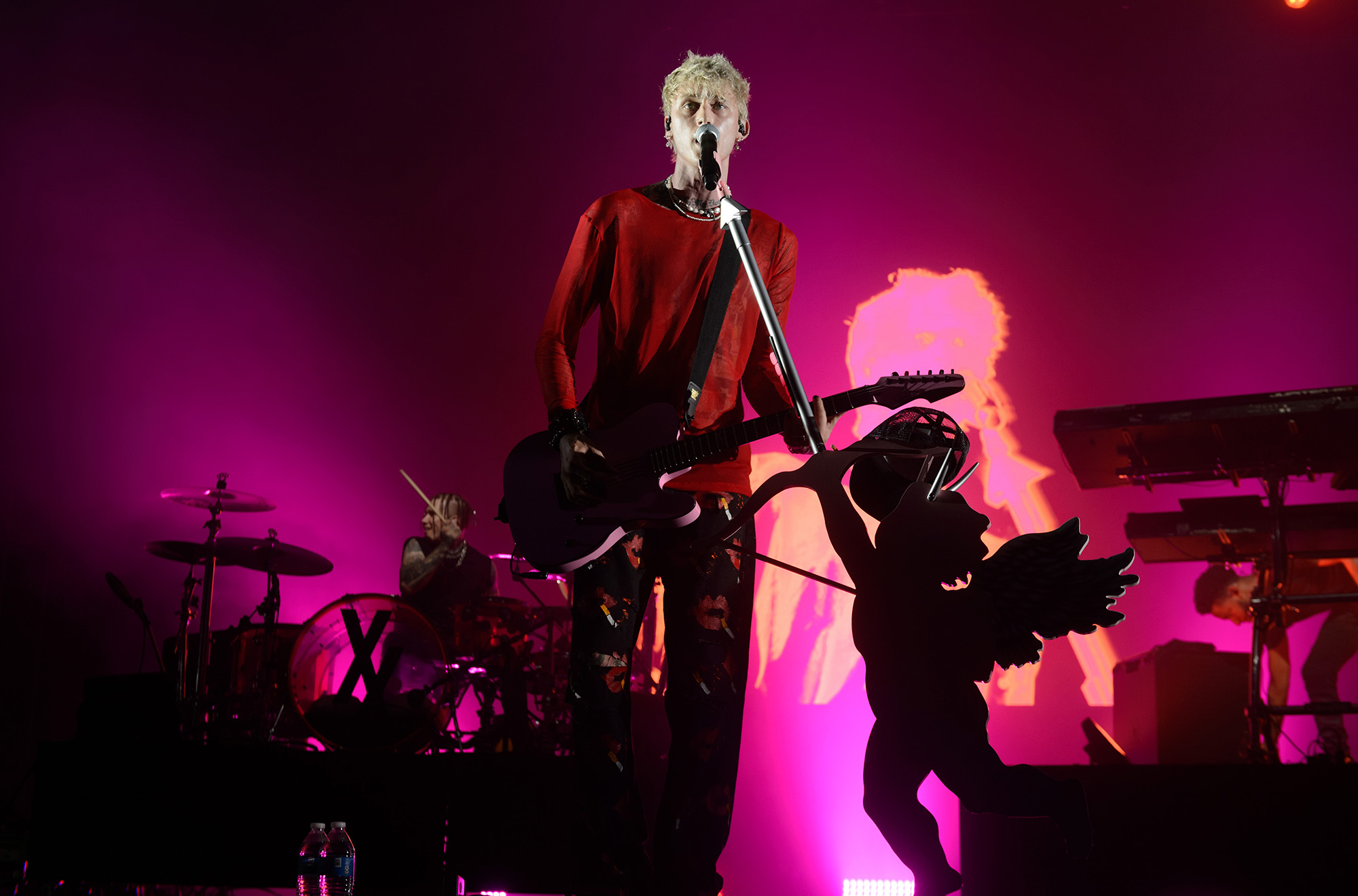 However, it is suspected that “Papercuts” singer has a bone to pick with the band over comments Taylor, 43, made on the “Cutter’s Rockcast” podcast earlier this year.

Slipknot’s lead vocalist said in February, “I [hate] the artists who failed in one genre and decided to go rock – and I think he knows who he is. But that’s another story.”

He did not mention Kelly by name, but several listeners thought the rocker was talking about MGK.

A few months prior, in September 2020, Kelly released his fifth studio album, “Tickets to My Downfall,” which was a departure from the musician’s established rap sound.

A rep for Kelly did not immediately return Page Six’s request for comment.