Six months after emergency medical worker Breonna Taylor was shot dead by police in her home, the city of Louisville has agreed to a major settlement with Taylor’s family in a wrongful death lawsuit. The settlement includes a $12 million payout for the family along with an array of police reforms, Louisville Mayor Greg Fischer announced at a press conference Tuesday.

Taylor was shot multiple times as Louisville officers executed a search warrant at her home March 13 in search of illegal drugs. No drugs were found. The lawsuit, filed in April, accused police of negligence and excessive force.

The death of Taylor, a 26-year-old Black woman, was among several police shootings across the country that have galvanized the Black Lives Matter movement and a nationwide push for police reform and racial justice.

“We won’t let Breonna Taylor’s life be swept under the rug,” Crump said. 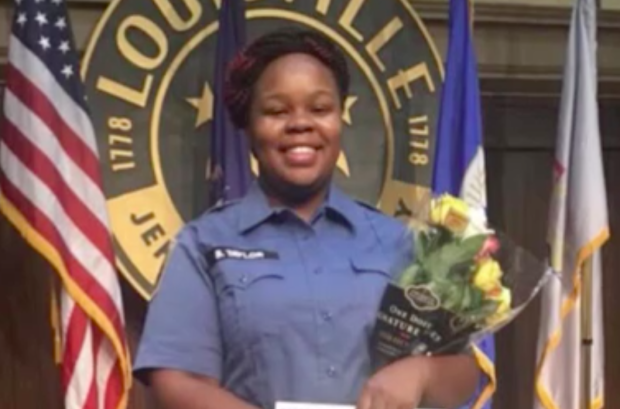 Protesters have for months demanded that the officers be charged, and several celebrities have joined their calls for justice. Kentucky Attorney General Daniel Cameron is investigating the officers’ actions, but has declined to offer a timeline for a potential charging decision.

Speaking Tuesday, Tamika Palmer called for the officers involved to be charged.

“As significant as today is, it’s only the beginning of getting full justice for Breonna,” Palmer said.

Attorney Lonita Baker called the settlement “tremendous,” but called it only a portion of a “multi-layered” push for justice for Taylor. She said the financial settlement would have been “non-negotiable” without significant police reform, “and that’s what we were able to do here today.”

Fischer said the reforms call for the department to retain social workers to aid officers on certain response calls; require officers to be randomly drug tested once a year; and include measures to incentivize officers to live and volunteer in the communities they serve.

Fischer also announced changes to the search warrant process, saying that commanding officers will now be required to review applications for search warrants before officers seek judicial approval. He also announced updates to the internal investigations process and the implementation of an early warning system that will track use-of-force incidents, citizen complaints and investigations to identify officers in need of assistance or training.

“Justice for Breonna means that we will continue to save lives in her honor,” Palmer said in a statement. “No amount of money accomplishes that, but the police reform measures that we were able to get passed as a part of this settlement mean so much more to my family, our community, and to Breonna’s legacy.”

Fischer said the city is not admitting wrongdoing under the agreement.

Baker called the settlement “the first mile in a marathon” and said the family will continue to push for the officers to be held criminally accountable.

Two of the officers involved in the case have been placed on leave and one, Brett Hankison, has been fired. In a scathing June letter announcing the launch of termination proceedings, interim Louisville Metro Police chief Robert Schroeder said Hankison “wantonly and blindly fired 10 shots into the apartment of Breonna Taylor.”

“I find your conduct a shock to the conscience,” Schroeder wrote. “I am alarmed and stunned you used deadly force in this fashion.”

Police say they knocked and identified themselves before the raid, but according to the suit, Taylor’s boyfriend Kenneth Walker said officers never said they were police before battering in the door. Walker, a licensed gun owner, said he opened fire in self-defense because he thought someone was trying to break in, the suit says. One officer was shot in the leg. Louisville police say officers were “immediately met by gunfire” and returned fire, striking Taylor multiple times, but the suit accuses three officers of blindly firing into the apartment.

The lawsuit accuses police of using flawed information when they obtained the “no knock” warrant related to a drug investigation into a former boyfriend of Taylor’s. The former boyfriend, Jamarcus Glover, was arrested on the same night about 10 miles away. No drugs were found in Taylor’s home and neither Taylor nor Walker had any criminal history, according to the suit.

The city banned the use of “no knock” warrants in June amid public outrage over the case.

Taylor was studying to be a nurse and working at two local hospitals.