On the move! Kylie Jenner’s 2-year-old daughter, Stormi, adorably tried to wiggle out of her mom’s arms during a family picture with dad Travis Scott.

In the footage, the makeup mogul told her toddler to “smile” while the little one pushed out of her mom’s lap and posed with her hands in the air. The rapper, 28, stood alongside the mother-daughter pair and laughed. 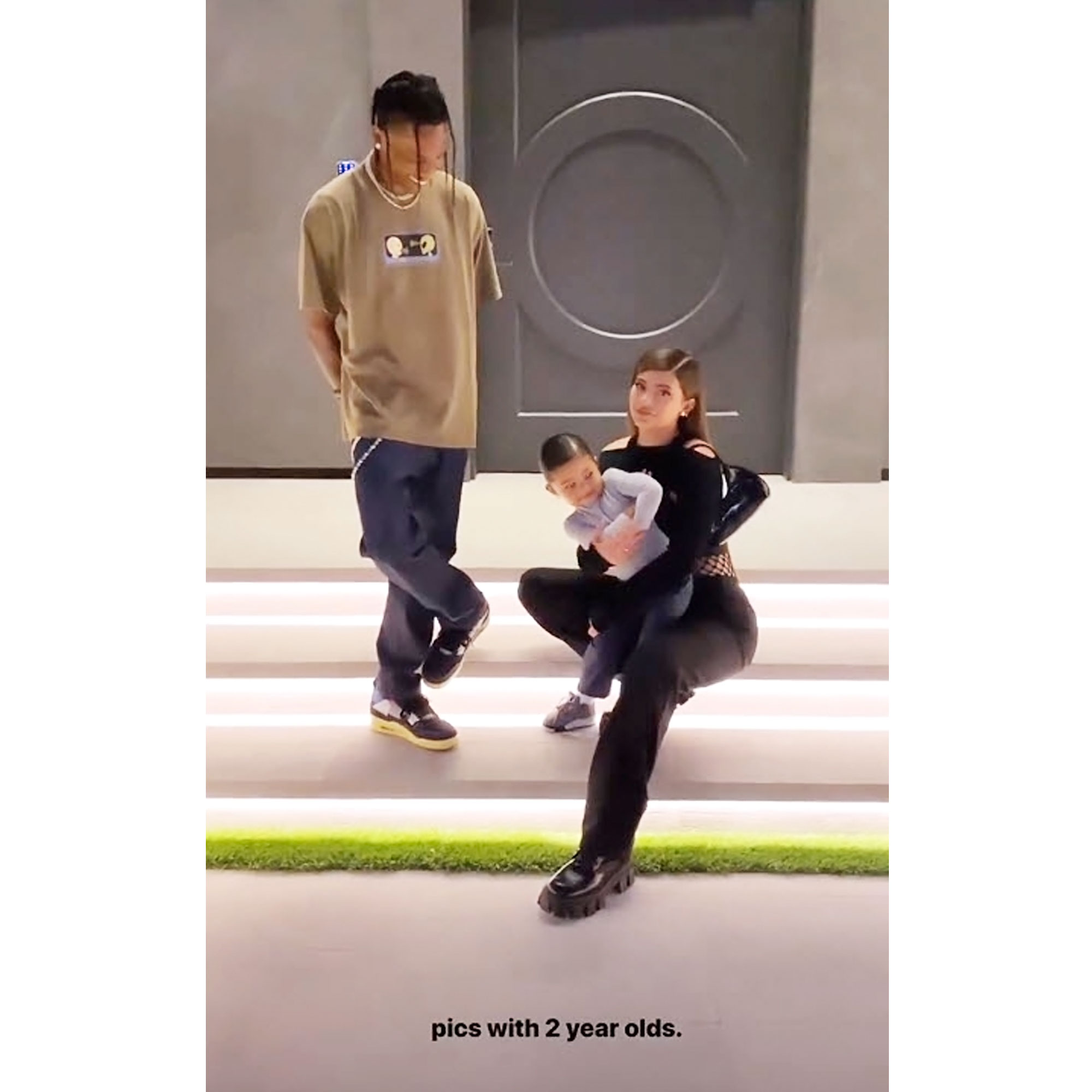 The Keeping Up With the Kardashians star went on to share a sweet video of Stormi holding hands with both of her parents.

She and the Grammy nominee welcomed their baby girl in February 2018. Following their October 2019 break, the on-again, off-again couple have been coparenting Stormi.

“We both love Stormi and want what’s best for her,” the reality star gushed of their relationship to Harper’s Bazaar in February, calling Scott her “BFF” at the time. “We stay connected and coordinated. I think about [my parents, Kris Jenner and Caitlyn Jenner], in situations with Stormi, what they would do. They were very hands-on with me, and I want the same for Stormi.”

A source exclusively told Us earlier this month how she and the “Sicko Mode” rapper coparent “successfully.”

Everything the Kardashian-Jenner Sisters Have Said About Coparenting

“[They are] as inclusive and involved as possible and make an effort for Travis to still certainly be part of the picture and let Stormi know that their level of coparenting and dynamic is OK and normal,” the insider said. “They don’t want to give off any energy that it isn’t and everyone in her family thinks they are doing a pretty great job, Travis and Kylie included.”

At the time, another source exclusively told Us that while their relationship “changes often,” Jenner hasn’t ruled out having a second child with the Texas native.

“Kylie definitely wants more kids, she’s just not sure about if it will be with Travis, but again, it could happen one day,” the source explained to Us.