The world's largest confetti cannon is set off at Bestival

Confetti, the title track of Little Mix’s 2020 album, features Jesy Nelson in its opening lines. However, the singer departed the group in December 2020 over mental health concerns, meaning the band continued as a three-piece. Little Mix are now back with a reworked version of the song, with the addition of rapper Saweetie.

Does Jesy Nelson feature on the reworked Confetti?

After Jesy’s departure, Perrie Edwards, Leigh-Anne Pinnock and Jade Thirwall confirmed they would be continuing Little Mix as a trio.

The new version of Confetti will be coming out on April 30, meaning there is a little while to wait before it is certain if Jesy appears.

Jesy featuring on the new track seems unlikely, given it has been reworked since her departure from the group. 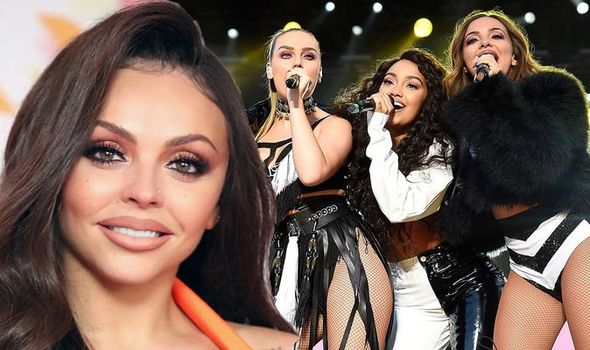 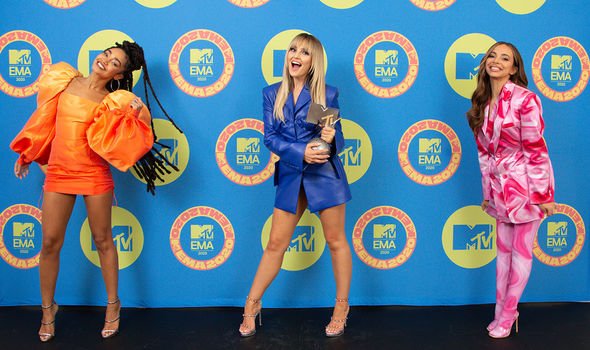 However, given the song is not completely new, some fans may be hoping her vocals still show up on the track.

Express.co.uk will update this when confirmation is given.

In a video, the trio said their new single would be released on April 30, featuring Saweetie.

Perrie spoke on behalf of the group, telling the fans they would ‘gag’ and love the new song.

The girls also tweeted: “The news you’ve all been waiting for… our brand new single Confetti featuring @Saweetie is out 30/04.” 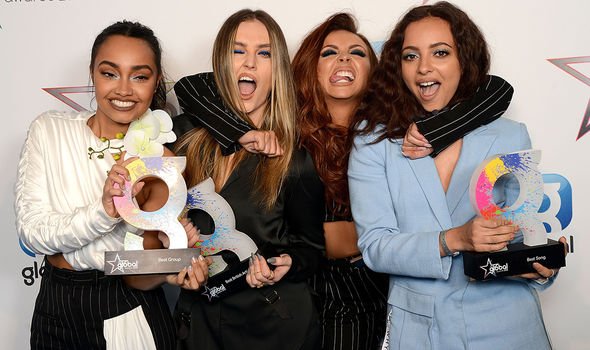 The girls have reportedly been recording new material since Jesy’s departure was announced, as well as planning for their postponed tour, now starting in April 2022.

Confetti will be the fourth single from their album of the same name.

Jesy, meanwhile, has been reported to have gone back to the studio to make music and is claimed to be the centre of a bidding war between record companies.

A source told The Sun: “Jesy’s tracks have got the music industry in a spin and she has big-money offers on the table from a few key record labels all desperate to sign her. 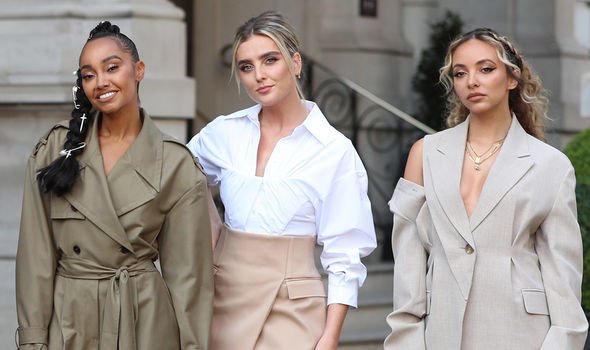 “It’s an exciting time for Jesy as she’s in a great place and has loved being creative in the studio.

“If all goes to plan she’ll have music out this year and will have some sure-fire hits. The world is her oyster.”

The bidding war is reportedly in the region of £2million, with record executives desperate to sign her up.

However, Jesy left the band to spend time with ‘the people I love’ after mental health struggles plagued her time in the band.

She said: “The truth is recently being in the band has really taken a toll on my mental health.

“I need to spend some time with the people I love, doing things that make me happy.

“I’m ready to embark on a new chapter in my life – I’m not sure what it’s going to look like right now, but I hope you’ll still be there to support me.”

She also thanked her former bandmates for “creating some of the most amazing memories I’ll never forget.”