The musical retelling the life of the United States' first treasury secretary has made its creator Lin-Manuel Miranda quite wealthy, and not just through ticket sales. Miranda already makes millions from "Hamilton" each year, but the premiere of the show's film version on Disney Plus July 3 is the culmination of Miranda's biggest payday yet. Disney paid $75 million for the production's film rights earlier this year.

A representative for Miranda didn't immediately respond to Business Insider's request for comment on the composer's earnings.

Keep reading to learn more about how Lin-Manuel Miranda makes and spends his millions.

Lin-Manuel Miranda, 40, has said the unique sound of "Hamilton" was inspired by the show tunes and hip-hop music he listened to growing up. 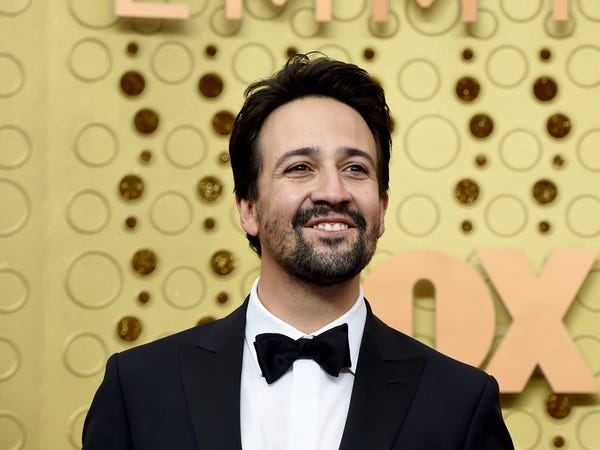 Miranda's Puerto Rican parents often played Broadway cast albums in their home in New York City's Inwood neighborhood as he was growing up, the award-winning composer told The New York Times. Miranda's father, a political consultant, and his mother, a clinical psychologist, put both him and his sister in piano lessons and encouraged him to start performing in student productions at a young age.

Miranda went on to attend Wesleyan University, where he wrote his first musical "In the Heights," per Biography.com. The award-winning musical premiered on Broadway in 2008 and follows a close-knit community of Dominican Americans in New York City's Washington Heights neighborhood.

Miranda first got the idea for "Hamilton" while reading Ron Chernow's biography of the founding father during a vacation in 2008. 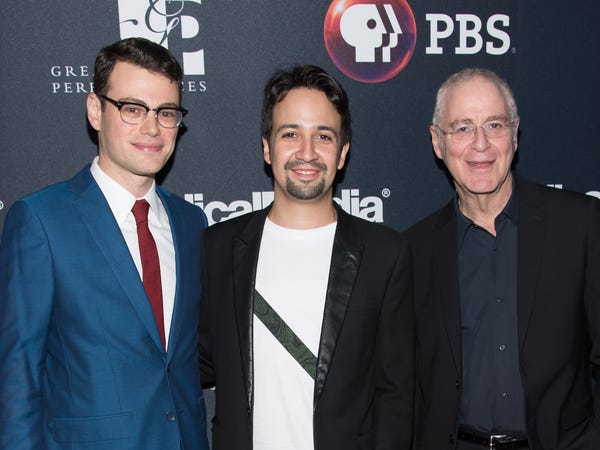 Following the successful two-year run of "In the Heights," Miranda adapted the biography of Hamilton into a hit musical. Miranda innovatively set the musical to an unconventional blend of musical theater and hip-hop sounds, telling The New York Times the genres were "the language of youth and energy and of rebellion."

"Hamilton" first opened at New York's nonprofit Public Theater in 2015, before moving to Broadway later that year, per The Times.

"I recognized the arc of a hip-hop narrative in Hamilton's life," Miranda told The Times in 2015.

"Hamilton" became an instant hit, earning an average of $600,000 in profits each week. 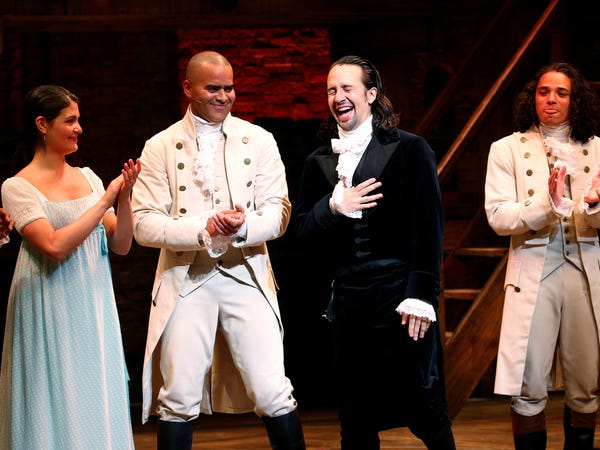 "Hamilton" is one of the most profitable musicals of all time, according to Playbill. As of April 2018, the show grossed $340,322,025, per Playbill — more than "Mary Poppins," "Hairspray," "Rent," and "Kinky Boots." On top of that, the production sold $15 million in merchandise in its first 10 months alone, per The New York Times.

Even nearly five years after it first opened, "Hamilton" is still one of the hottest tickets on Broadway. Tickets sell for hundreds of dollars each (or thousands on resale websites), and have to be purchased months in advance, Business Insider previously reported.

Miranda made $6.4 million in 2016 alone, The New York Times estimates. 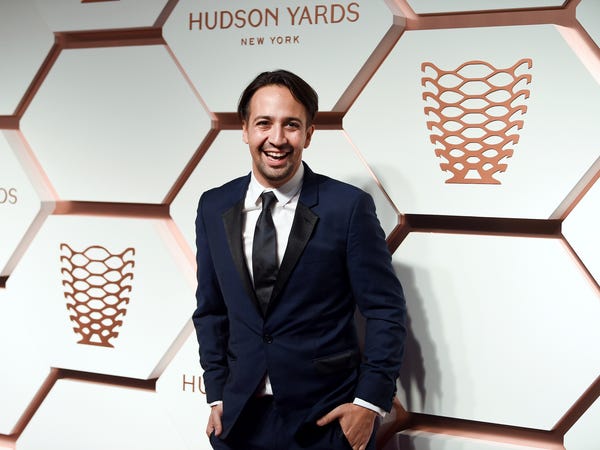 Miranda makes $105,000 every week in royalties from "Hamilton" alone, according to The Hollywood Reporter. And when he played the the musical's title role on Broadway from August 2015 to July 2016, he received an actor's salary as well, per The New York Times.

The exact amount of Miranda's actor salary is unknown, but The New York Times reported in 2016 that a Broadway performer's base salary was around $1,900 a week, with lead stars often making more than that. And leads can also expect to see a salary increase of another $500 per week when a hit show is nominated for a Tony, MONEY reported the same year.

The New York production of "Hamilton" is only one source of the musical's income streams, however. 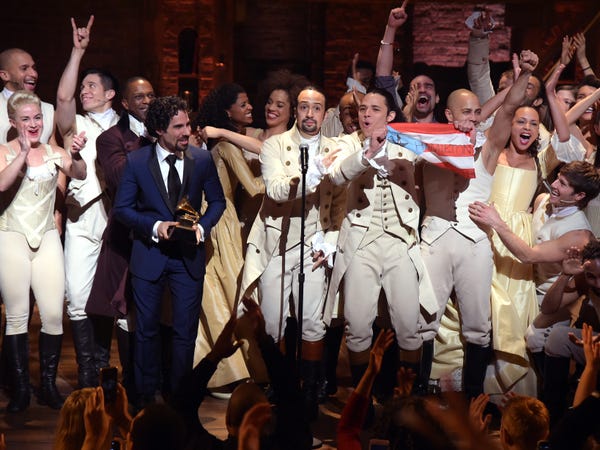 The composer will likely make even more money off the show's nationwide tour. "Hamilton" is slated to visit Miami, Los Angeles, Jacksonville, Atlanta, St. Louis, and dozens of other cities through 2021 as a part of its North American tour, according to its website.

Many of the performances had to be canceled and rescheduled for later in 2020 and 2021 because of the coronavirus pandemic, however.

And Miranda's earnings aren't limited to his work on "Hamilton." 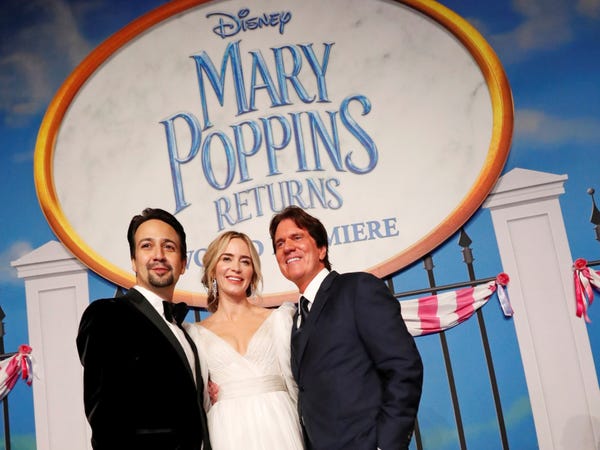 Miranda's first musical, "In the Heights" has also been turned into a feature film slated for release in 2021. These gigs likely earned Miranda several extra million dollars, but exactly how much is unknown. 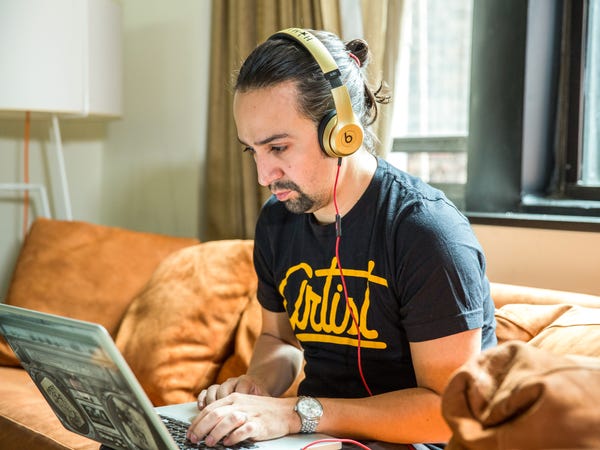 The Fellowship, commonly referred to as a "genius grant" is a "no-strings-attached award to extraordinarily talented and creative individuals as an investment in their potential," according to the Foundation's website.

Miranda's work has also won him a Pulitzer Prize, an Emmy, three Tonys, and three Grammys, Business Insider previously reported. To attain the very rare "EGOT" status — which means winning at least one each of an Emmy, a Grammy, an Oscar, and a Tony — Miranda is just missing the Oscar.

Miranda's biggest payday yet came when he sold "Hamilton's" film rights to Disney. 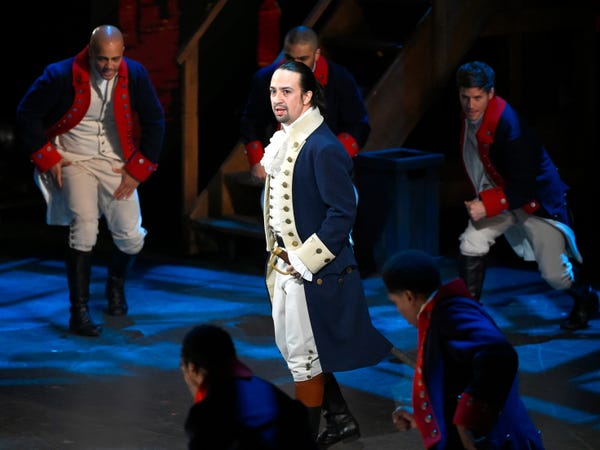 Disney paid $75 million for the rights to the "Hamilton" film in February 2020 in what is believed to be one of the largest film acquisitions ever, per Deadline.

The film, a nearly three-hour-long recording of the musical's original cast performing the show live, was set to hit theaters in October 2021, but the release was sped up and moved to Disney's streaming service, Business Insider previously reported. The film will be available to stream on Disney Plus starting July 3.

Miranda has spent a chunk of his newfound wealth on Upper Manhattan real estate. 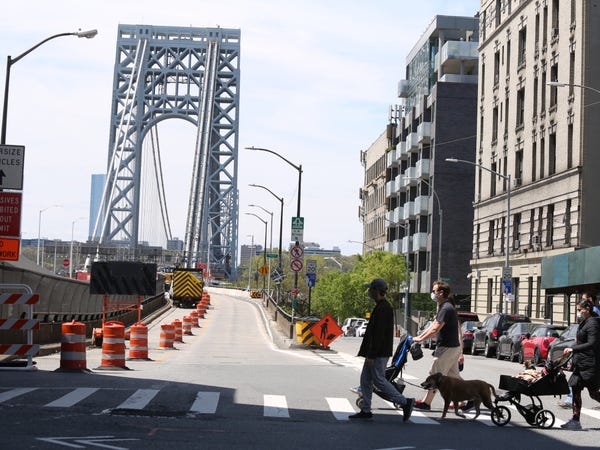 Miranda bought a three-bedroom, two-bathroom penthouse apartment in a co-op with his father after winning his first Tony for "In the Heights" in 2008, per Streeteasy. The unit has views of the Manhattan skyline from its wraparound terrace and is just blocks from one of Miranda's favorite hangouts, Inwood Hill Park.

But Miranda and his wife, lawyer Vanessa Nadal, opted to live in Midtown Manhattan, and his parents occupied the Inwood apartment until it was sold for $780,000 in 2013, per Streeteasy. The apartment hit the market again in January 2018 for $949,000, according to Streeteasy.

Miranda lives a relatively modest lifestyle outside of his apartment, and even still rides the subway, according to The New York Times.

Miranda also spends a lot of his time and money on philanthropy, including humanitarian and civil rights work in Puerto Rico. 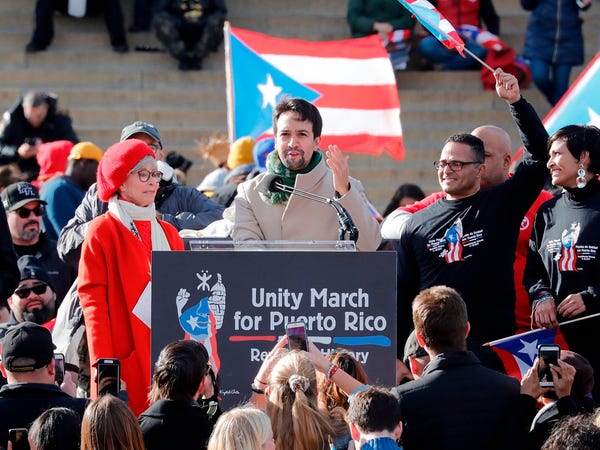 After Hurricane Maria devastated Puerto Rico in 2019, Miranda helped raise more than $20 million for relief efforts, per The New York Times. "Since Hurricane Maria, that kind of became my full-time job for a couple months," Miranda told The Times in 2018.

According to Inside Philanthropy, Miranda has also supported the arts and the Latinx community in America, which has included pledging $1 million to provide scholarships for students of color at the Eugene O'Neill Theater Center's National Theater Institute and raising an unspecified amount of money for immigrant advocacy organizations through the Immigrants: We Get the Job Done Coalition.