The United Arab Emirates (UAE) made history after its Hope probe successfully entered the Red Planet’s orbit yesterday. It became only the fifth entity to do so after the US, the Soviet Union, Europe and India and its scientists will now begin studying the planet’s atmosphere. In the process, Hope will return high-resolution images of the planet – and eagle-eyed researchers will be on hand to investigate them for anything unusual.

And Quest TV revealed in their ‘NASA’s Unexplained Files’ how the Curiosity Rover previously raised questions.

The series said: “The rover’s array of 17 cameras photographs every step of its journey and NASA publishes hundreds of them online.

“But one picture from a navigational camera reveals something completely unexpected. 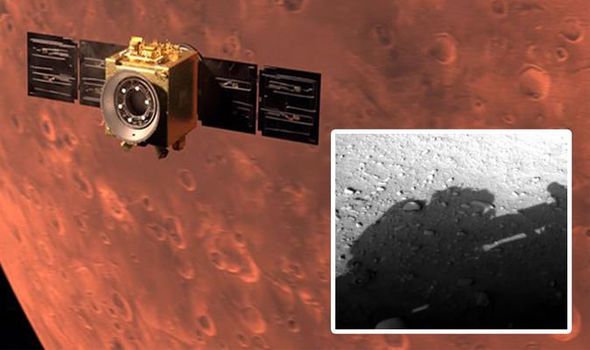 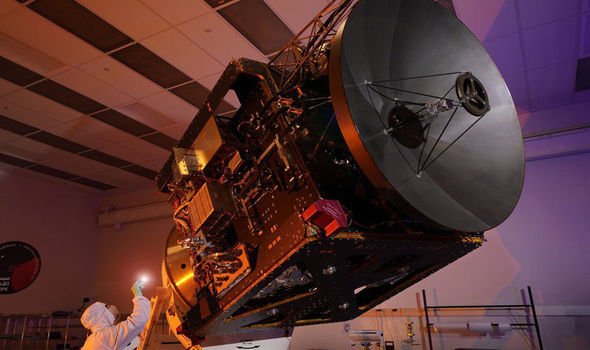 According to some, the shadow seen in the picture showed the outline of an astronaut.

Author William Birnes said: “It looks like a human figure standing right outside the rover captured on camera.

“It is a very, very intriguing image.”

But planetary scientist Pascal Lee explained that “no human has ever been to Mars,” adding that all missions “are robotic”.

And further evidence appeared to strike a blow to the conspiracy. 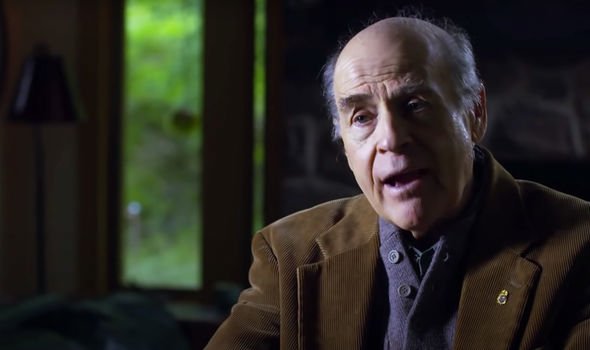 Brad Holschuh, from the Wearable Technology Laboratory at the University of Minnesota, said the apparent figure was not wearing a spacesuit he recognised.

He said: “Every suit that has ever been developed has been one that places the astronaut inside a gas bubble.

“That causes them to be incredibly immobile.

“Looking at the photo, the astronaut is making a motion with his arm that is physically impossible with today’s suits.”

The source of the image was eventually cleared up, thanks to photo analyst Marc D’Antonio, who used computer modelling to investigate. 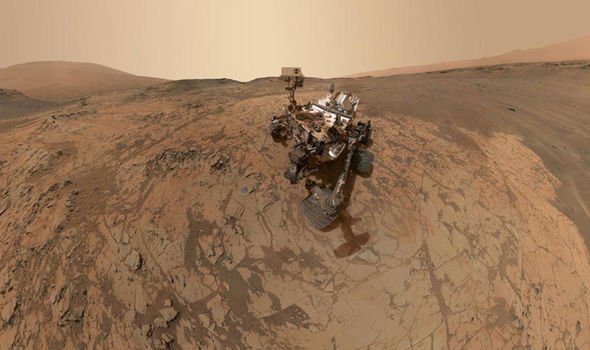 He said in 2019: “I took the rover, put it where it belongs and placed the Sun in the sky where it should be at the time the shot was taken.

“What I found was something that is very interesting.

“When I rendered it, I saw this show up – if you look at the photo in question, it appears to match.

“I believe we are looking at the Mars Hand Lens Imager.”

The Mars Hand Lens Imager, known as MAHLI, is the rover’s version of the magnifying glass.

Used by geologists, it allows the probe to snap close-up images of the minerals and textures in rock surfaces. 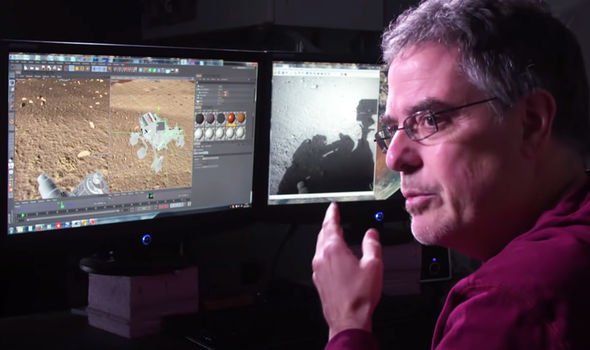 What looked like the outline of human shadow to some, was simply Curiosity’s own shadow.

The astronaut’s “arm” was found to be the probe’s own robotic instrument which held the camera to take the shot.

Hope is leading a wave of missions to Mars this month.

Today China’s orbiter will attempt to complete a braking manoeuvre to be captured by the planet’s gravity.

Tianwen-1 is carrying a rover that will be dispatched to the surface in the coming months.

And on February 18, NASA will arrive at the Red Planet with its Perseverance rover.

It will look for signs of fossilised life.