State Liberal frontbencher Tim Smith has stepped up his attack on Victoria's Chief Health officer, with the shadow planning minister accusing Professor Brett Sutton of peddling “bullshit” in his COVID-19 health advice to the government.

Mr Smith went online on Friday evening to allege the Chief Health Officer was basing his advice on instructions from Premier Daniel Andrews and Health Minister Jenny Mikakos and that Victoria’s social distancing rules were “punitive” and some of them “ridiculous”. 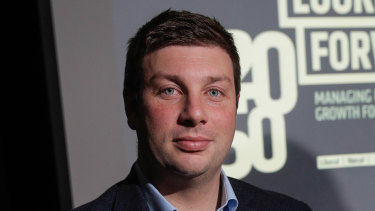 The Kew MP’s twitter tirade came after Professor Sutton was forced to step in and correct a directive from a health department staffer who told another Liberal state MP’s office that playing golf was allowed under Victoria’s tight lockdown rules.

The error from the department put the opposition on the attack with Mr Smith tweeting that the question of golf during the COVID-19 pandemic was “becoming really embarrassing for Daniel Andrews” who was “strange man with a tendency to bully those who report to him”.

Liberal sports spokesman David Hodgett said there was conflict between the messages from the Premier and the Chief Health Officer.

“Most Victorians just want to do the right thing, but draw the line when it comes to limiting healthy activities that pose little risk,” Mr Hodgett said. 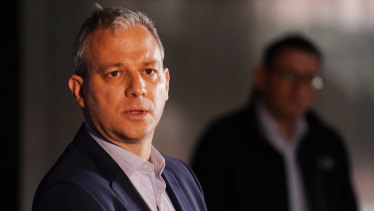 “This is just one of a number of examples of conflicting advice and inconsistency of message between the Premier and Victoria’s Chief Health Officer.”

Earlier in the week Mr Smith criticised Professor Sutton over the state’s approach to schools during the pandemic crisis, with the politician tweeting that the Chief Health Officer had “more positions than the karma sutra” on schools and coronavirus.

The official health directions were changed on Friday night, making it clear that golf courses were to remain closed during the pandemic.

Professor Sutton told The Age on Friday that critics of his advice might think differently if the pandemic was killing thousands in Australia.

“It's the dilemma of making stuff not happen,” Professor Sutton said.

“If we had 10,000 cases here, or 100,000 cases in Australia, and there were hundreds of deaths, and, and everyone in our wider circle of family and friends knew someone who died, or was hospitalised, we would feel very differently.

“We would all be sitting in our rooms like they are in the UK going ‘of course we have to do this’.”