BRIGHTON missed the chance to make it back-to-back wins since the restart after Neal Maupay's first-half penalty was saved.

The Seagulls forward, who was at the centre of all the controversy against Arsenal last week, saw his penalty easily stopped by Kasper Schmeichel. 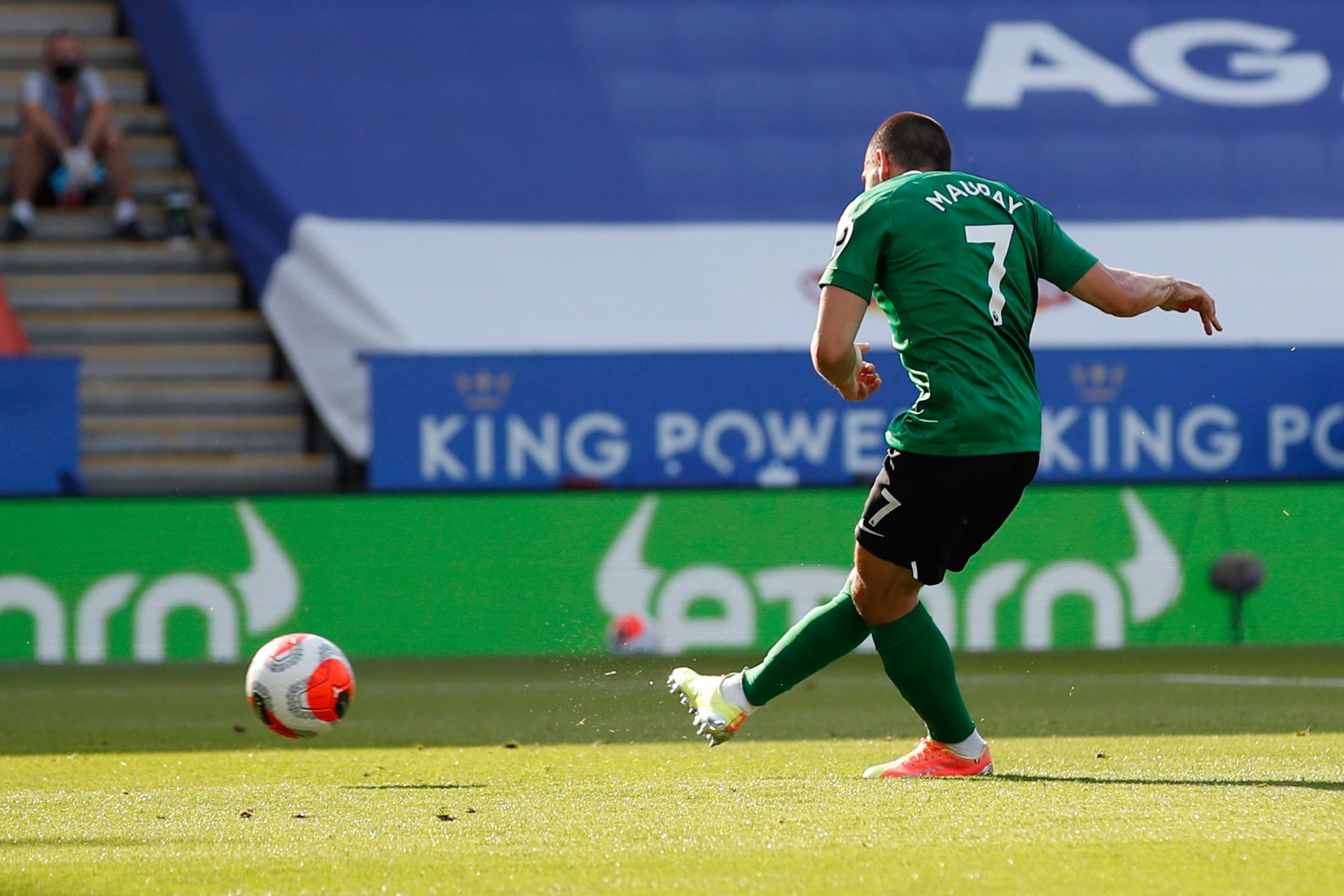 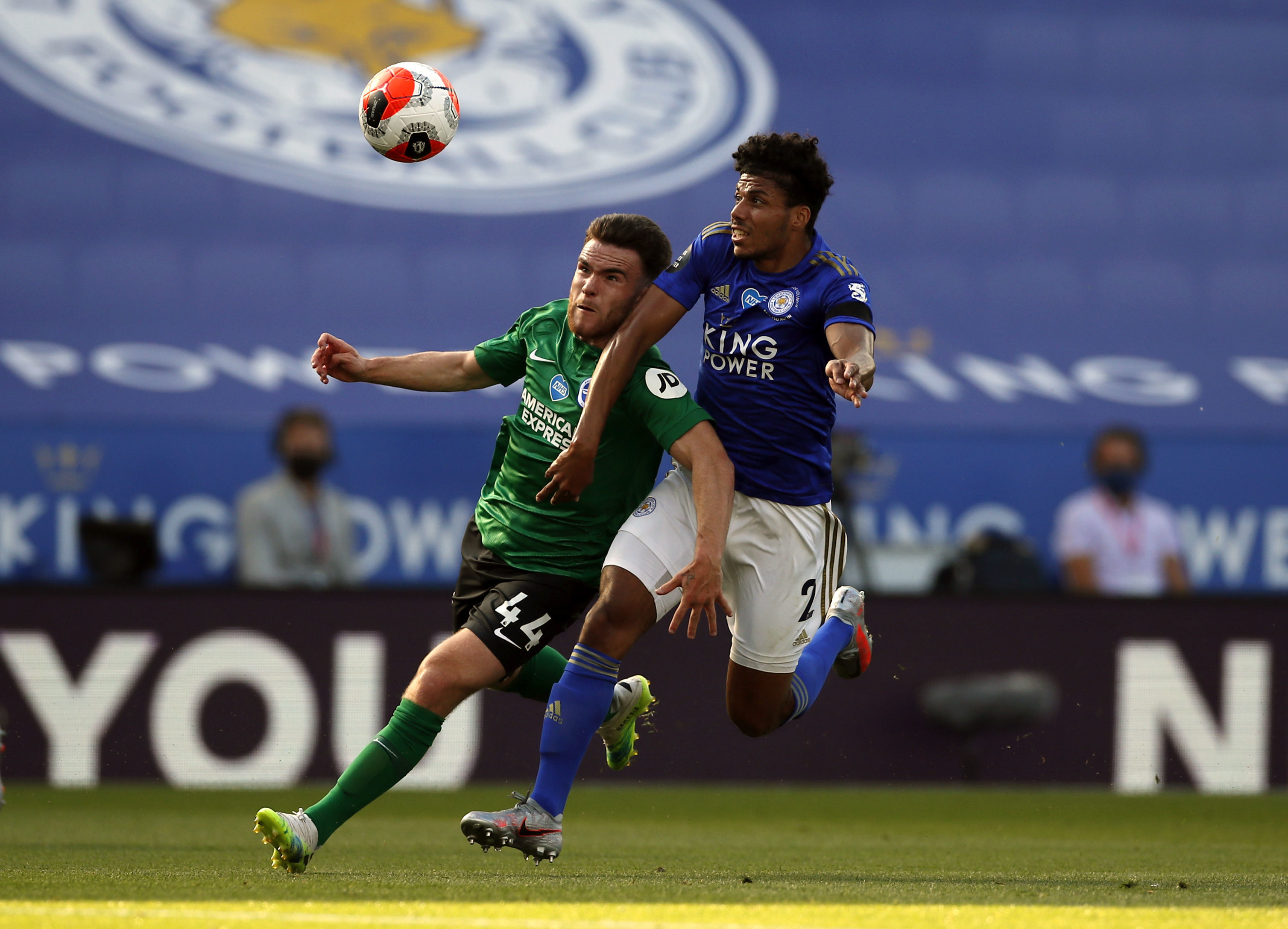 And while Leicester mounted a late flourish, Brendan Rodgers' side were unable to offer any real threat.

Brighton dominated the early spells and were given a golden chance to break the deadlock when they were awarded a 12th-minute spot-kick.

Aaron Connolly burst through the Foxes defence and raced forward but James Justin made a complete hash of his interception and clattered into the Brighton forward.

Ref Lee Mason had no second thoughts about pointing to the spot and it was confirmed by VAR.

However, Maupay's effort lacked power and Schmeichel made the necessary save.

Connolly continued to press forward while at the other end, Jamie Vardy was extraordinarily quiet with just one touch of the ball in the opening 30 minutes.

Just before the break, Lewis Dunk was denied by Justin while Leicester's best chance of the half fell to Caglar Soyuncu who headed wide from James Maddison's cross. 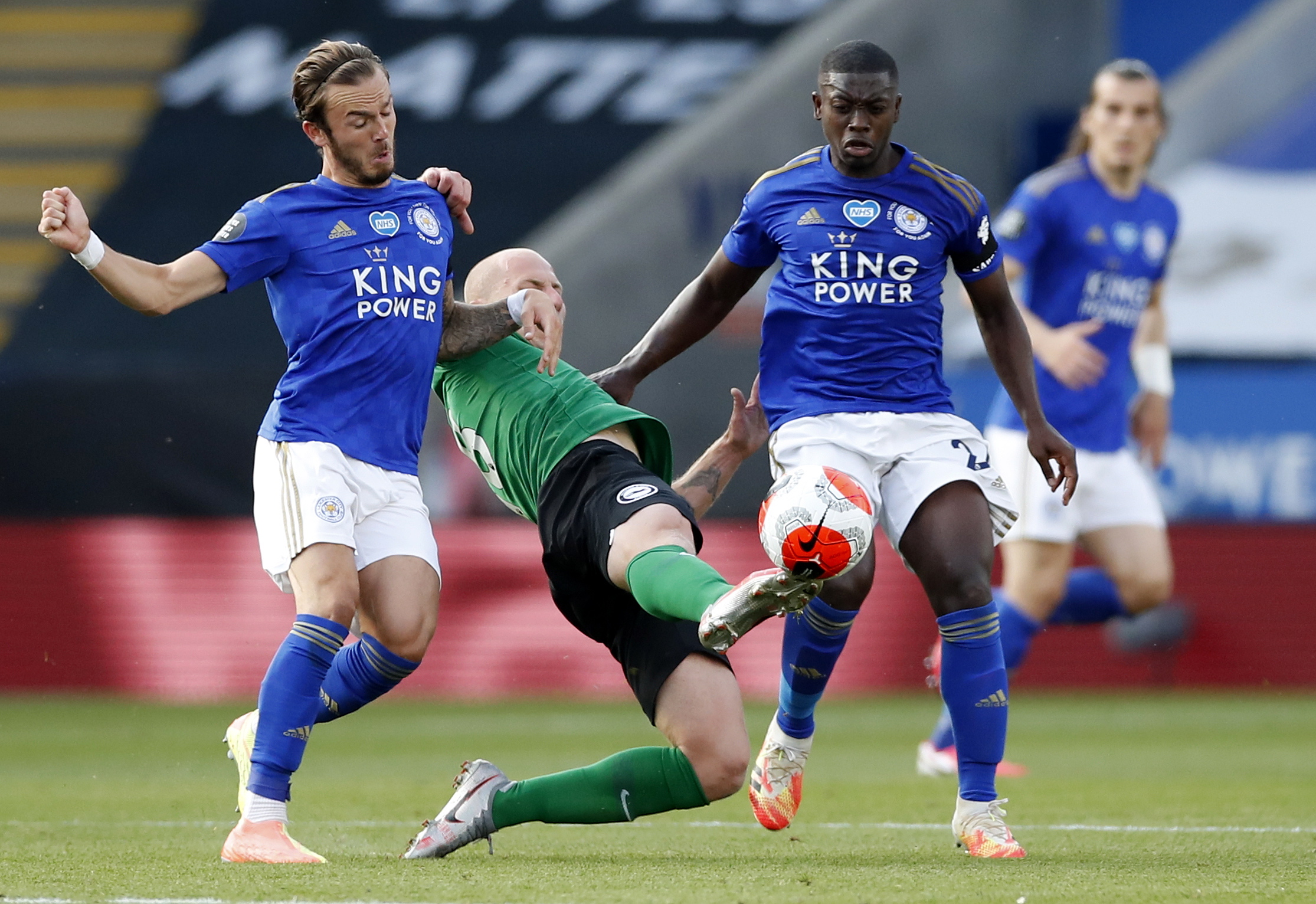 James Maddison had a low shot blocked while his long-range free-kick nine minutes from full-time was way off target.

Leicester had a late shout for a penalty turned down when the ball appeared to hit Dunk.

The result moves Brighton a point clearer the drop zone and they are now six points clear of Bournemouth and the bottom three while Leicester are now four points clear of Chelsea.