‘The fight against Covid-19 is not yet over… please, stay at home’: Leeds owner Andrea Radrizzani writes to fans, pleading them not to celebrate in public as they stand on the brink of Premier League return after 16-year absence

Leeds fans have been warned against taking to the streets in celebration if they secure promotion to the Premier League after a 16-year absence.

The club’s owner Andrea Radrizzani is fearful that the fight against coronavirus could be compromised if supporters gather in their droves over the final games of the season.

Leeds would be one point from securing a place in next season’s Premier League with victory over Barnsley on Thursday afternoon. 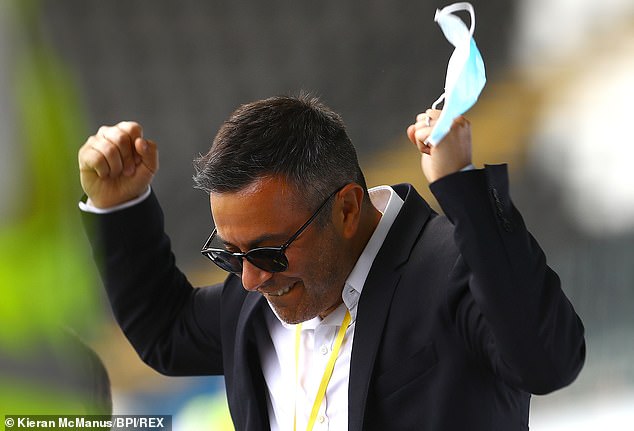 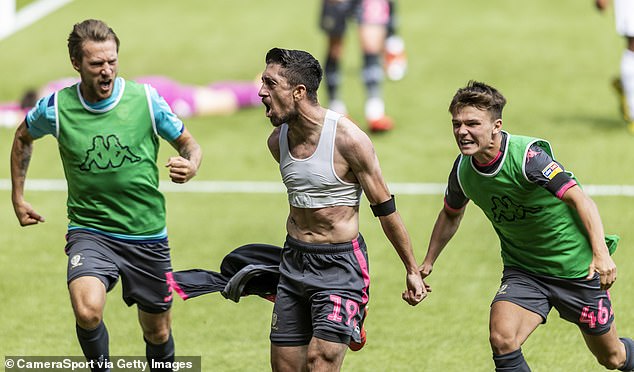 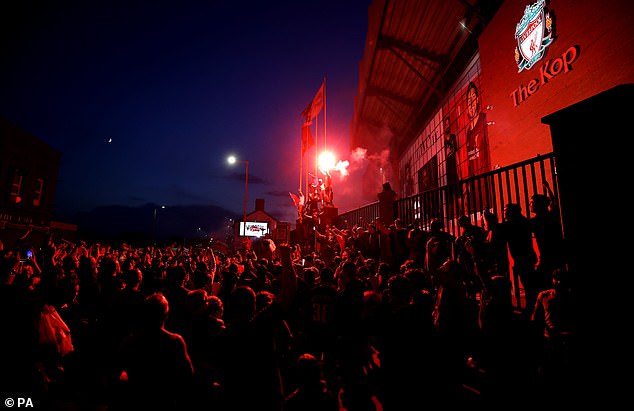 More than 5,000 fans arrived in cars and on foot outside Anfield when Liverpool won the Premier League and similar scenes could be repeated in Leeds

There are fears that Leeds could witness similar scenes to those in Liverpool when thousands of fans took to the streets after the Reds ended their 30-year wait for a Premier League title.

Social distancing was widely ignored, flares set off and police called to disperse revellers near Anfield.

Radrizzani, concerned about the same reaction, penned an open letter to fans in the Yorkshire Evening Post, writing: ‘The love you have shown the club, the players, my family and I and all the staff who work at Thorp Arch and Elland Road has been nothing short of amazing.

‘The last four months have been incredibly difficult for everyone around the world, but I believe the way our communities have pulled together has been amazing – especially here in Yorkshire where huge progress has been made due to our values and collective spirit.

‘Thanks to the tremendous work of healthcare teams and key workers, and the sacrifices we have all made, the situation has improved.’

With the government incrementally loosening lockdown restrictions, there has been a rise in social gatherings and a second wave of coronavirus may prove devastating if social distancing is not widely adhered to.

Radrizzani added his warning to supporters tempted to celebrate in public: ‘However, my message to you all is that the fight against Covid-19 is not yet over and we must continue to be sensible. I know many of you are desperate to show our boys support during this important week – but the health and well-being of our loved ones in our community must be our top priority.

‘I have always felt that football means little without the presence of fans, and now I know that for sure. However, it is vitally important we stay safe and keep those around us safe too by staying at home.’

Marcelo Bielsa’s side are two points clear of West Brom at the summit of the Championship having played one game less. 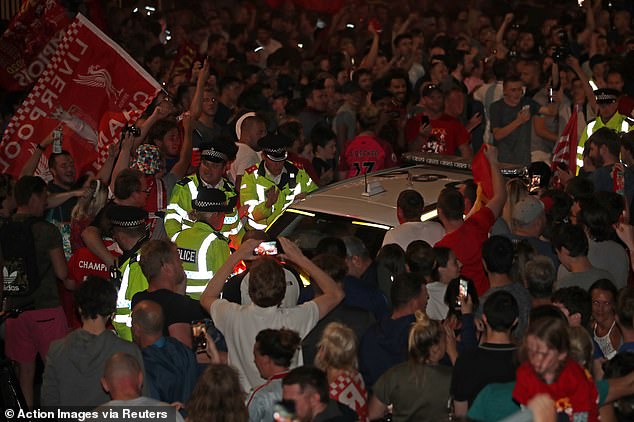 Promotion seems all but assured but Radrizzani insisted the job is not yet done.

‘We take nothing for granted and there are still three very important games to play this season. I know that the management and our players will not rest until we have reached our objectives and the final ball is kicked. I know that whatever the outcome may be, many of you will want to come together and cheer us on, but on behalf of everyone at Leeds United I would ask that you enjoy these final games at home safely.

‘We want supporters back in the stands as soon as possible and if the virus returns to our region due to mass gatherings, then we could damage the progress that has been made.

‘We hear you and we feel you in every moment – we know how important the club is to this community. But please, stay at home.’ 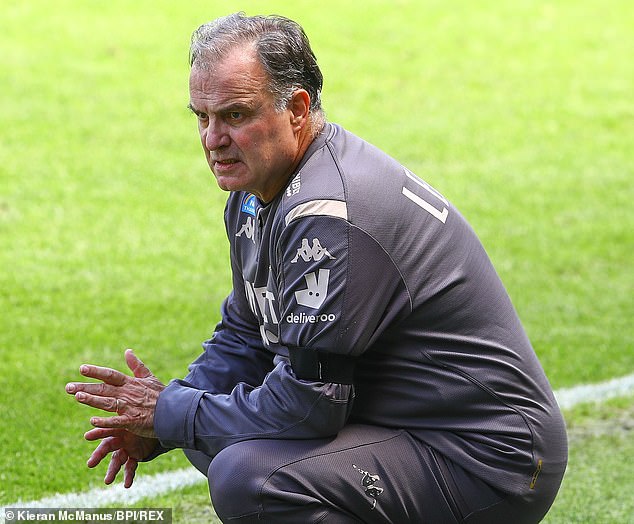