How inflation is taking a bite out of food budgets

A number of Burger King customers are taking the fast food chain to court, alleging "consumer fraud" as related to the company's sandwich ads.

In a 26-page class-action complaint filed in the U.S. District Court in Southern Florida, attorneys Anthony J. Russo and James C. Kelly are representing plaintiffs who believe they were misled by the sandwich sizes that Burger King displays in its advertisements.

A spokesperson for Burger King told FOX Business that the corporation “does not comment on pending or potential litigations.”

"Burger King advertises its burgers as large burgers compared to competitors and containing oversized meat patties and ingredients that overflow over the bun to make it appear that the burgers are approximately 35% larger in size, and containing more than double the meat than the actual burger," the complaint states.

KING'S HAWAIIAN BEING 'DECEPTIVE' ABOUT WHERE ITS ROLLS ARE ACTUALLY MADE, LAWSUIT ALLEGES

Attorney James Kelly told FOX Business that the complaint aims to get Burger King and other fast food chains to advertise their menu items in a way that reflects reality.

"We are ultimately seeking changes to the photos for the materially overstated menu items and fairness across the industry on the issue," he said in an email.

The menu items that are named in the complaint for being "overstated" in advertisements include the chain’s iconic Whopper and King lines, the breakfast-time Croisann’Wich (fully loaded and egg & cheese) and Double Sausage sandwich, and other burger options that include bacon or cheese.

A spokesperson for Burger King told FOX Business that the corporation "does not comment on pending or potential litigations."

The complaint requests a jury trial. It alleges that the discrepancy between the advertised sandwiches and the appearance of the menu items in real life is a "deceptive trade practice" that could be interpreted as false advertising.

HOW TO IDENTIFY FALSE ADS

Russo and Kelly name four plaintiffs in the complaint, one of whom is from Florida; the other three are from New York.

The plaintiffs claim they wouldn’t have purchased sandwiches from Burger King if they were aware "that said burgers were much smaller than advertised."

At least 100 plaintiffs are included in this pending class-action lawsuit, the complaint says.

"Burger King’s advertisements for its burger and menu items are unfair and financially damaging consumers as they are receiving food that is much lower in value than what was promised," the complaint argues. 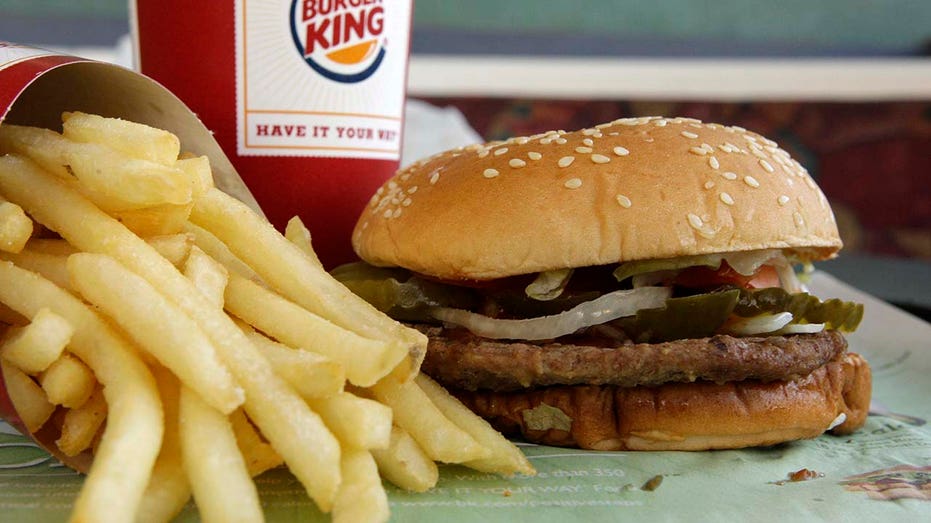 "The matter in controversy exceeds the sum or value of $5,000,000, exclusive of interest and costs," wrote Russo of the Florida-based Russo Firm, and Kelly, of the New York-based Law Office of James C. Kelly, in the complaint.

Burger King is headquartered in Miami.