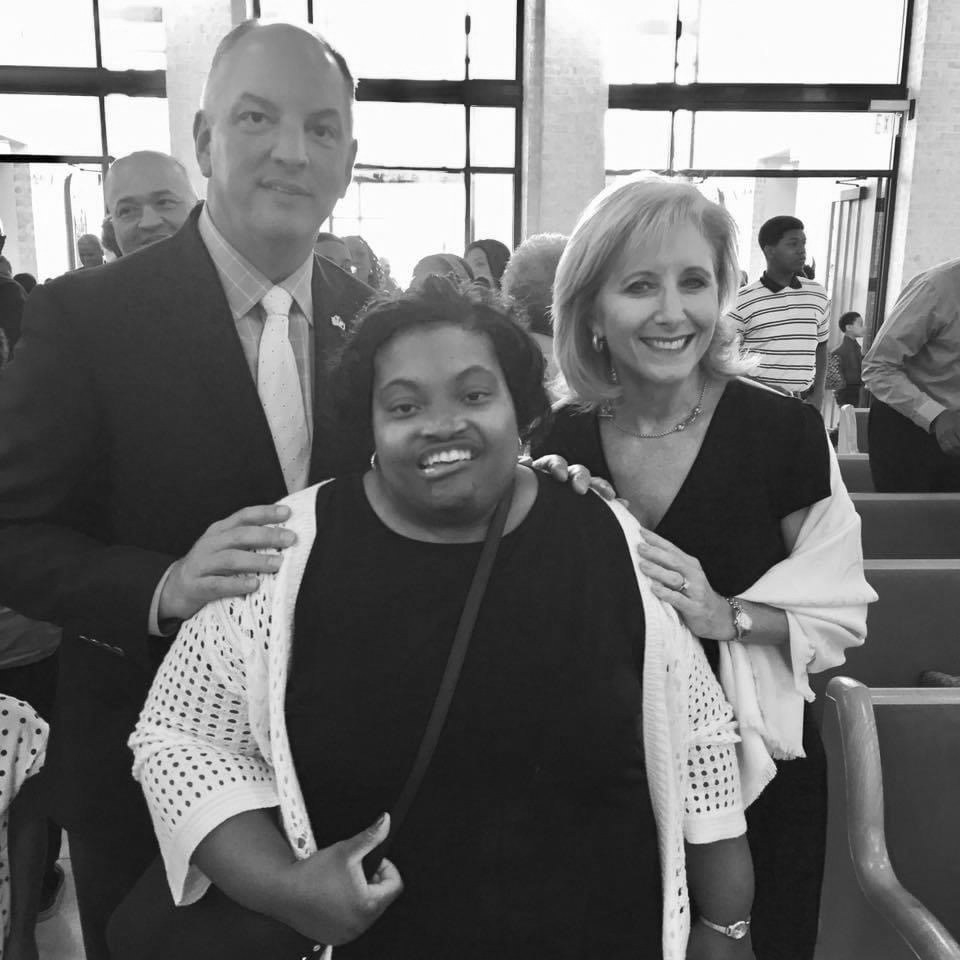 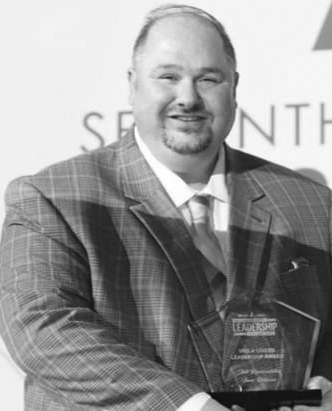 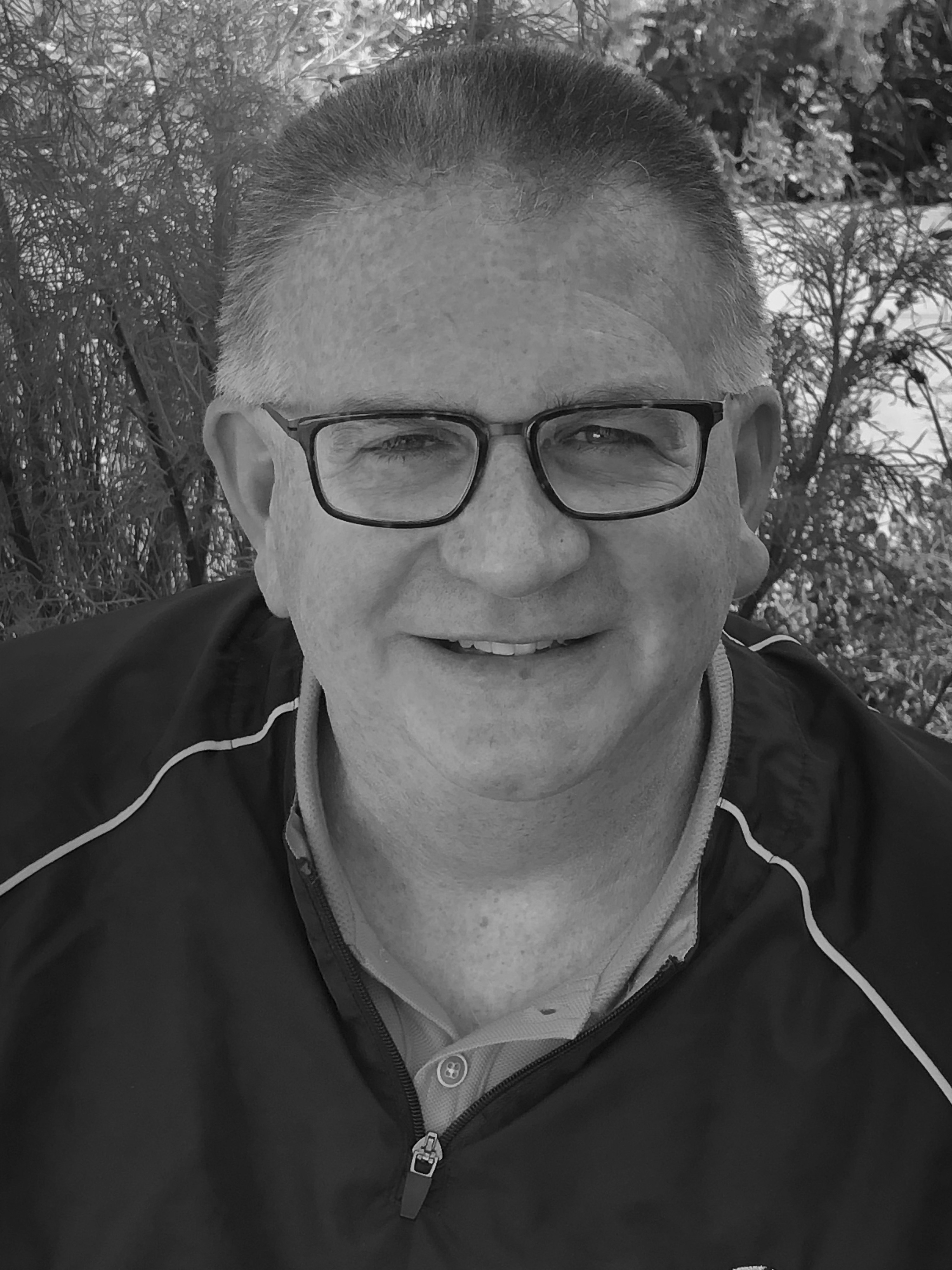 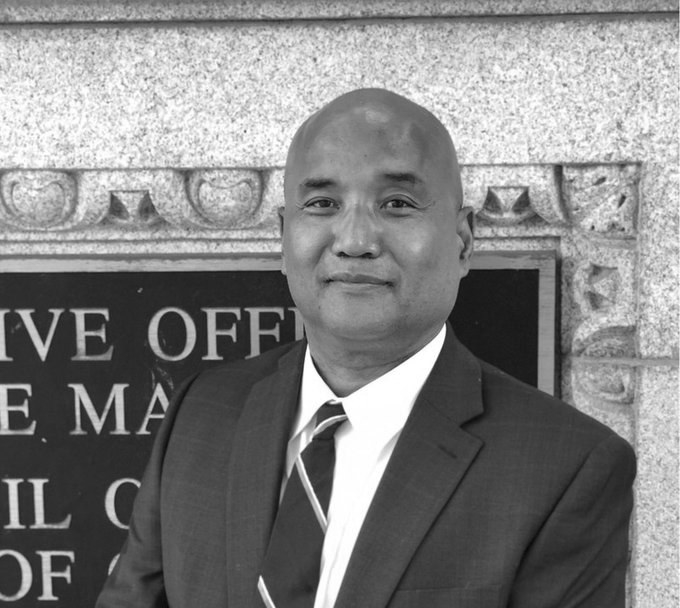 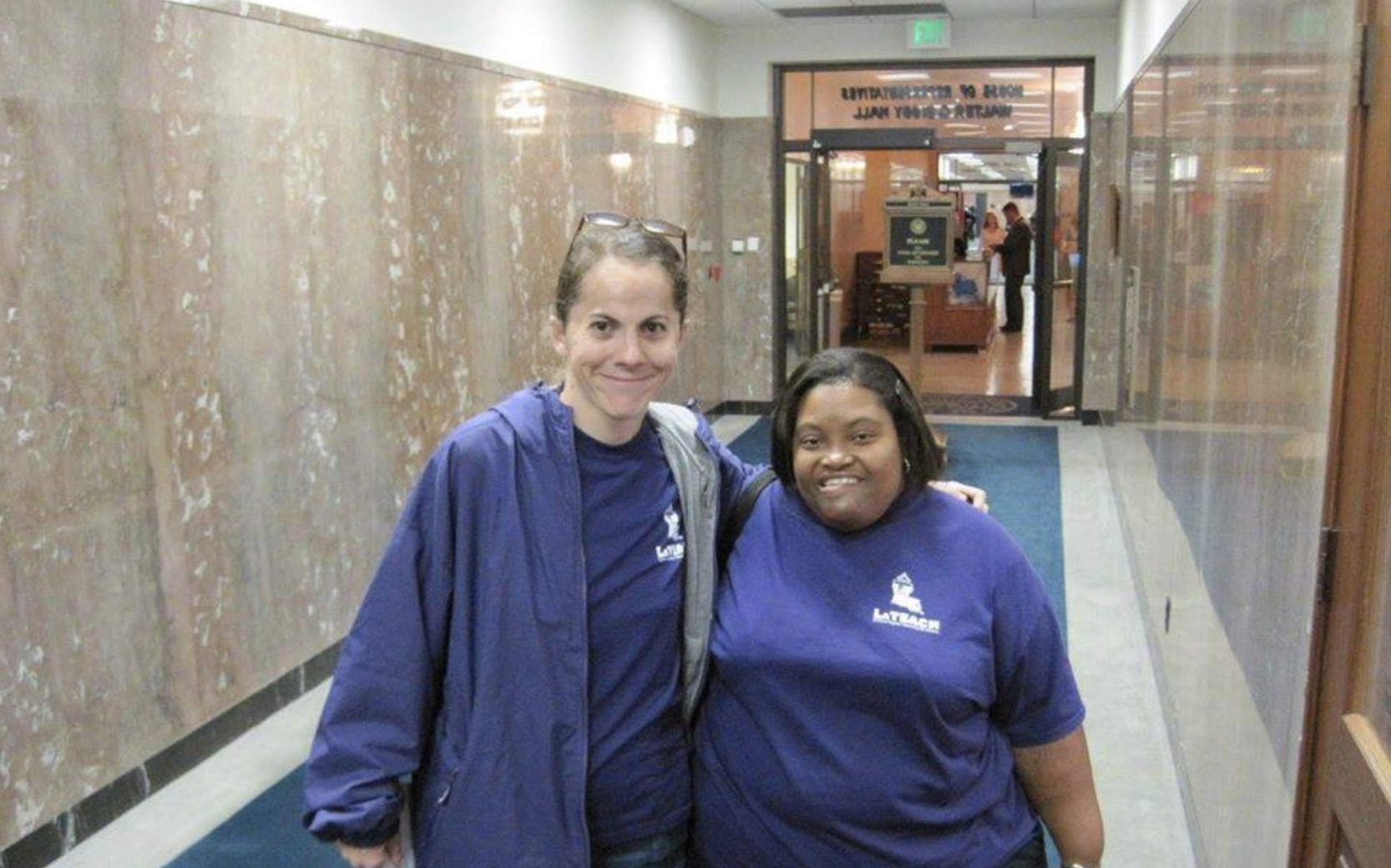 April Dunn, a staff member of Louisiana Gov. John Bel Edwards’ Office of Disability Affairs, died March 28 after complications related to the coronavirus. She was 33.

Friends said Dunn tested positive for COVID-19, the disease caused by the coronavirus, on Thursday, March 26, and was hospitalized on Friday. She died the next day.

“She lived her life to the fullest and improved the lives of countless Louisianans with disabilities as a dedicated staff member in the Governor’s Office of Disability Affairs,” Edwards said in a Twitter thread, calling her “an inspiration to everyone that met her.”

Dunn was a fierce advocate for disability rights and suffered from several underlying conditions, including cerebral palsy. The Louisiana native began her advocacy during her fight to obtain her high school diploma and attend college.

In 2013, she joined forces with other advocates to help pass Act 833 — a bill that allows “alternative pathways” to high school graduation for people with disabilities. Dunn had been denied a high school diploma after successfully completing her coursework but failing to pass standardized testing. Dunn was also the chair of the Louisiana Developmental Disability Council.

“I mean she went from surviving fetal alcoholism syndrome, through foster care, to being adopted to working in the governor’s office after she finished college,” Dunn’s close friend, Brandi Melissa, 36, told BuzzFeed News. “She was amazing.” 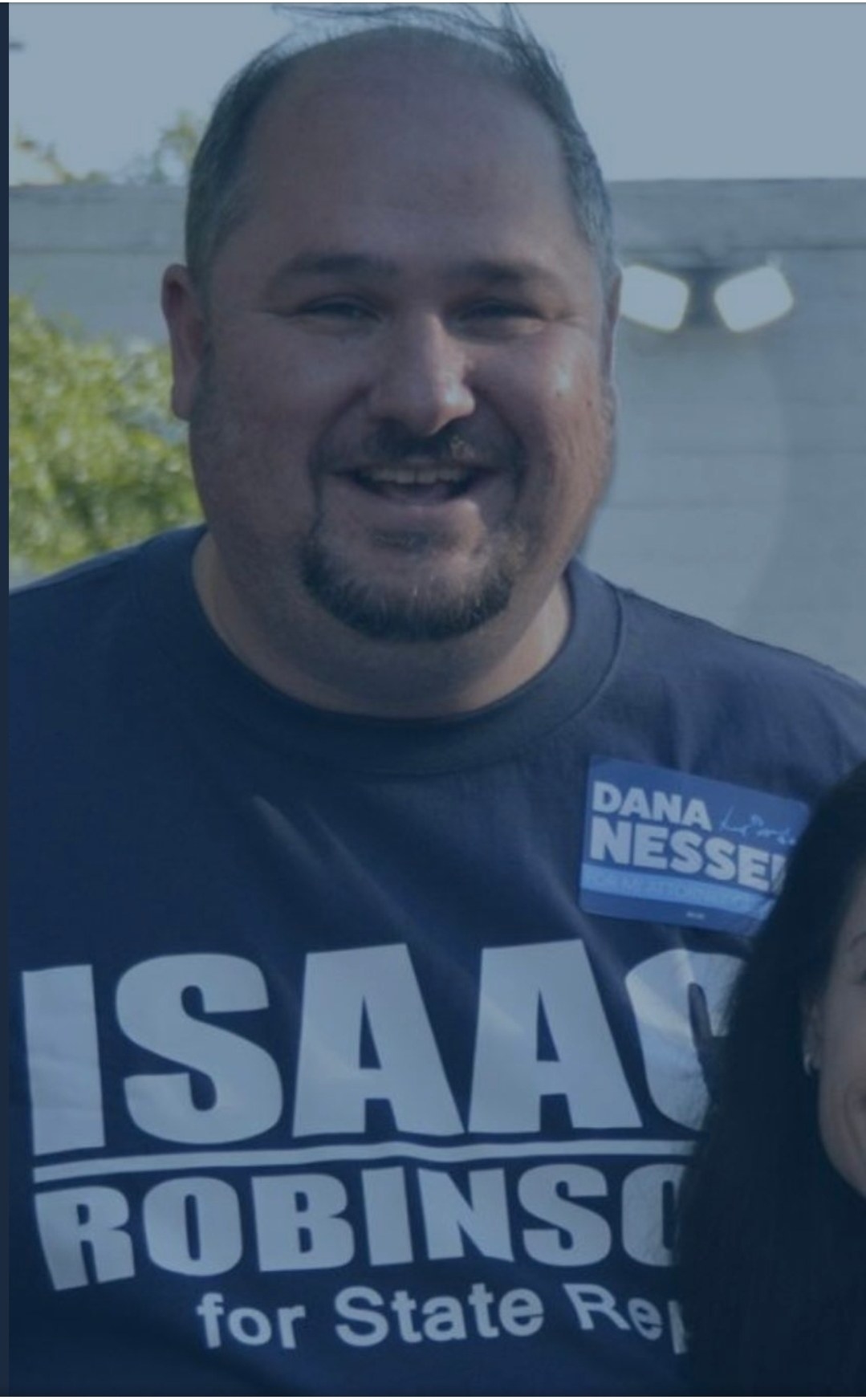 Lawmaker Isaac Robinson, an attorney turned politician who represented parts of Detroit, is suspected to have died as a result of the coronavirus on March 29. He was 44.

His mother, Rep. Rose Mary C. Robinson, a former Detroit lawmaker, told Crain’s Detroit her son had complained of difficulty breathing but had refused to get medical assistance. She told the outlet she suspected his ailments were related to the coronavirus, though he never took a test.

“He was my neighbor and I served with his mother,” Rep. Rashida Tlaib told BuzzFeed News in a text message. “Known him since 2008 when we were both young activists. His death woke people up. People are shocked.”

Robinson, a Democrat, was elected to the Michigan state legislature in 2018 besting 13 others in a Democratic primary. He eventually succeeded his mother, who held the seat before him but was unable to run again because of restrictions that limit the number of terms an officeholder may serve.

Before taking office, Robinson operated his own law firm and had previously served as political counsel for the labor union, the International Brotherhood of Teamsters, of which he was a member.

“He was a true public servant,” Williams said, fighting back tears. “It didn’t matter who we were up against.”

Before graduating from Northwestern University Pritzker School of Law, Robinson completed his undergraduate degree at the University of Michigan. He was a graduate of Renaissance High School in Detroit, where he played basketball for the school’s team.

“It wasn’t known for its athletics but he was on the varsity basketball team,” Williams, 40, said. “Only white boy on the team — everybody loved him.”

Democratic and Republican politicians in Michigan tweeted their condolences to the family while lauding Robinson.

Gov. Gretchen Whitmer tweeted, saying Robinson “had a huge heart, a quick wit, and a genuine passion for the people.”

Speaker of Michigan’s House of Representatives Lee Chatfield, a Republican, said, “Isaac was a passionate public servant who loved Detroit. He had a big heart, fought hard for his beliefs, and fought even harder for the people he served so honorably.” 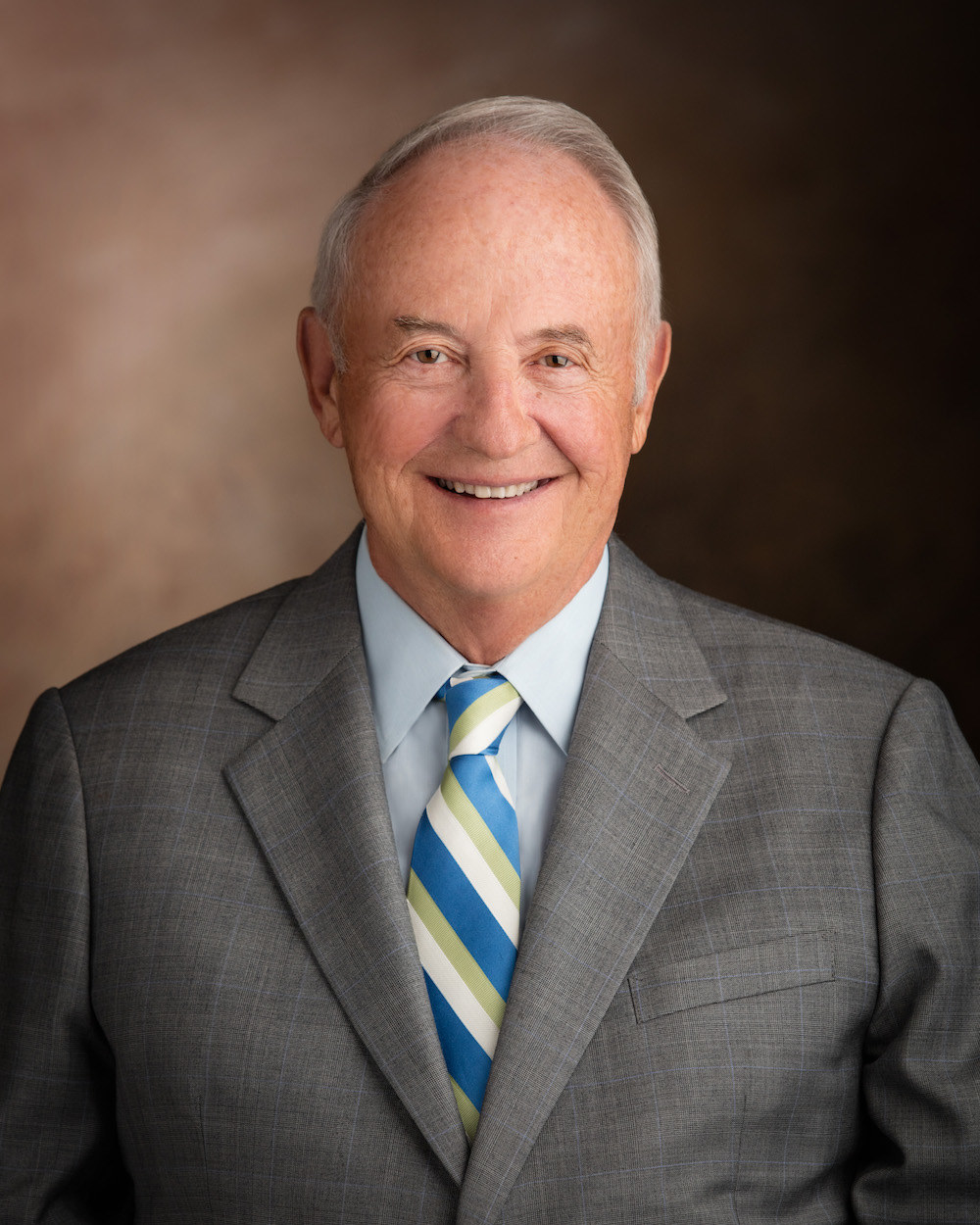 Robert Garff, a former Utah state lawmaker and philanthropist, died March 29 after he and his wife Katharine tested positive for COVID-19. He was 77.

Garff, a Utah native, served as speaker of the Utah House of Representatives from 1985 to 1987. He became CEO of the family business, Ken Garff Automotive Group, four decades ago and also served on the board of Intermountain Healthcare — the largest health care provider in the Intermountain West of the country.

“Even when he was alive, I described Bob as the nicest man you’d ever meet,” friend and current CEO of Ken Graff Automotive Group, Brett Hopkins, told BuzzFeed News. “He was very kind, very sincere, very, very interested in people.”

Hopkins said Garff enjoyed doing cattle roundups and did so even up until a couple of years ago with his family and friends on his ranch in Summit County. Garff is survived by his wife, five children, and 21 grandchildren.

Politicians mourned the Utah legend on social media, including his daughter, state Rep. Melissa Garff Ballard, who announced his death.

“He has lived a long and happy life, full of vigor and love for our state and our families,” she wrote.

Sen. Mitt Romney of Utah, who had himself been self-quarantining but tested negative for the coronavirus, released a statement calling Garff “a dear friend.”

“Bob’s contributions to our state, to our economy, and to our church will be heralded by many,” Romney tweeted. “But for me, it was his sound and principled leadership as the Chairman of the Olympic Winter Games of 2002 that is most compelling.” 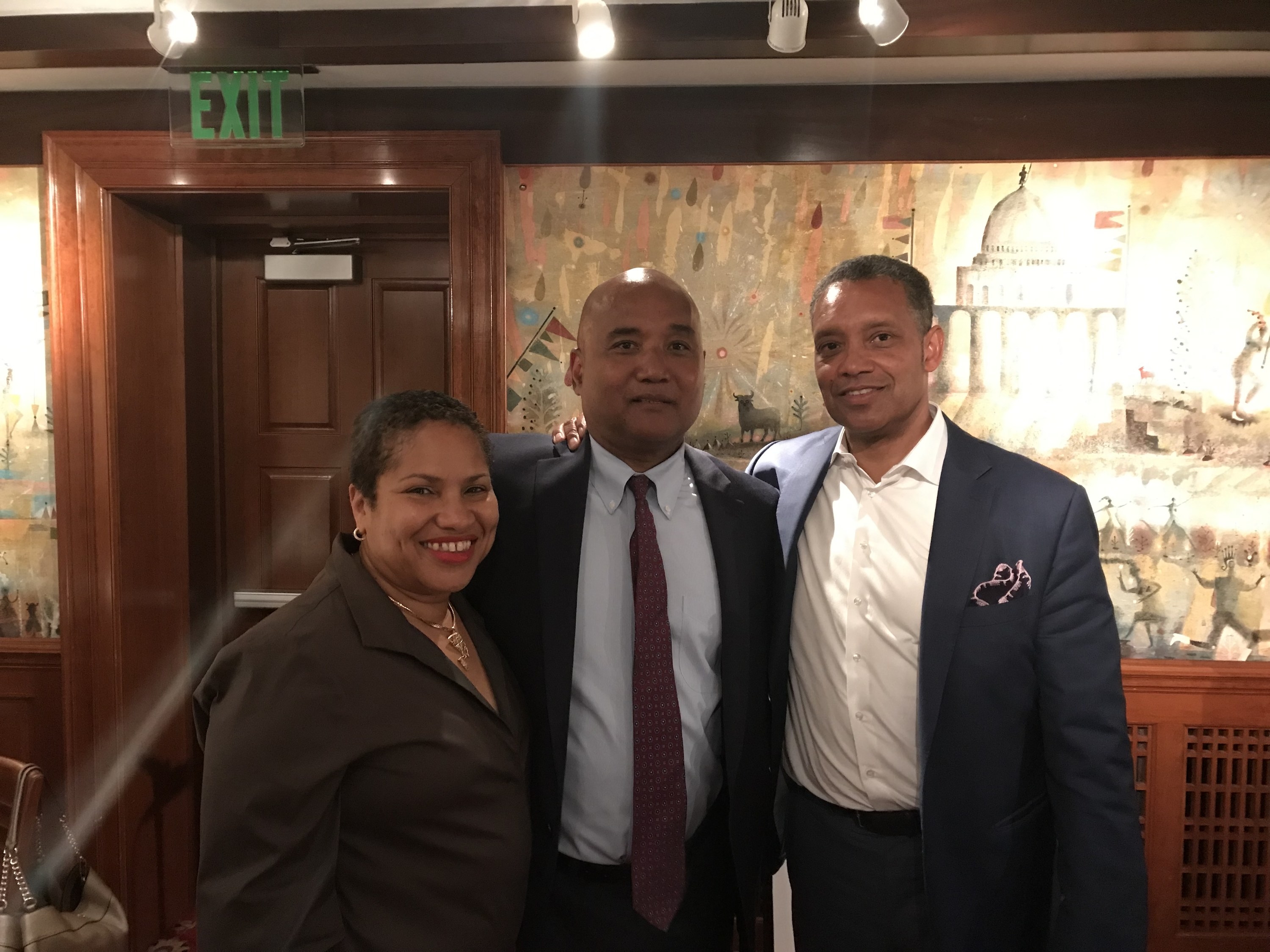 George Valentine, a member of DC Mayor Muriel Bowser’s legal counsel, died March 27 after he was diagnosed with COVID-19. He was 66.

“George’s dedication to the people he served was evident in his work and in the love and wisdom he shared with residents and colleagues.” Bowser said on Twitter.

Valentine worked as deputy attorney general for the Civil Litigation Division and most recently as deputy director of the Mayor’s Office of Legal Counsel. He earned his undergraduate degree at Oakwood College in Alabama and then pursued a law degree at Harvard Law School, according to social media posts and his LinkedIn page. Friends and colleagues remember him as “kind” and “smart.”

Valentine cared deeply about underserved children in DC and routinely volunteered to be a foster parent and had adopted a child, according to the DC attorney general.

Rancine told BuzzFeed News that Valentine contributed mightily to the District of Columbia as a lawyer, working for over 25 years with a win rate of approximately 95% in DC courts.

Racine said he was “deeply saddened personally” to hear the news of Valentine’s death. “That obviously brought a level of profound reality to the situation that we’re in with the virus and the pandemic.” 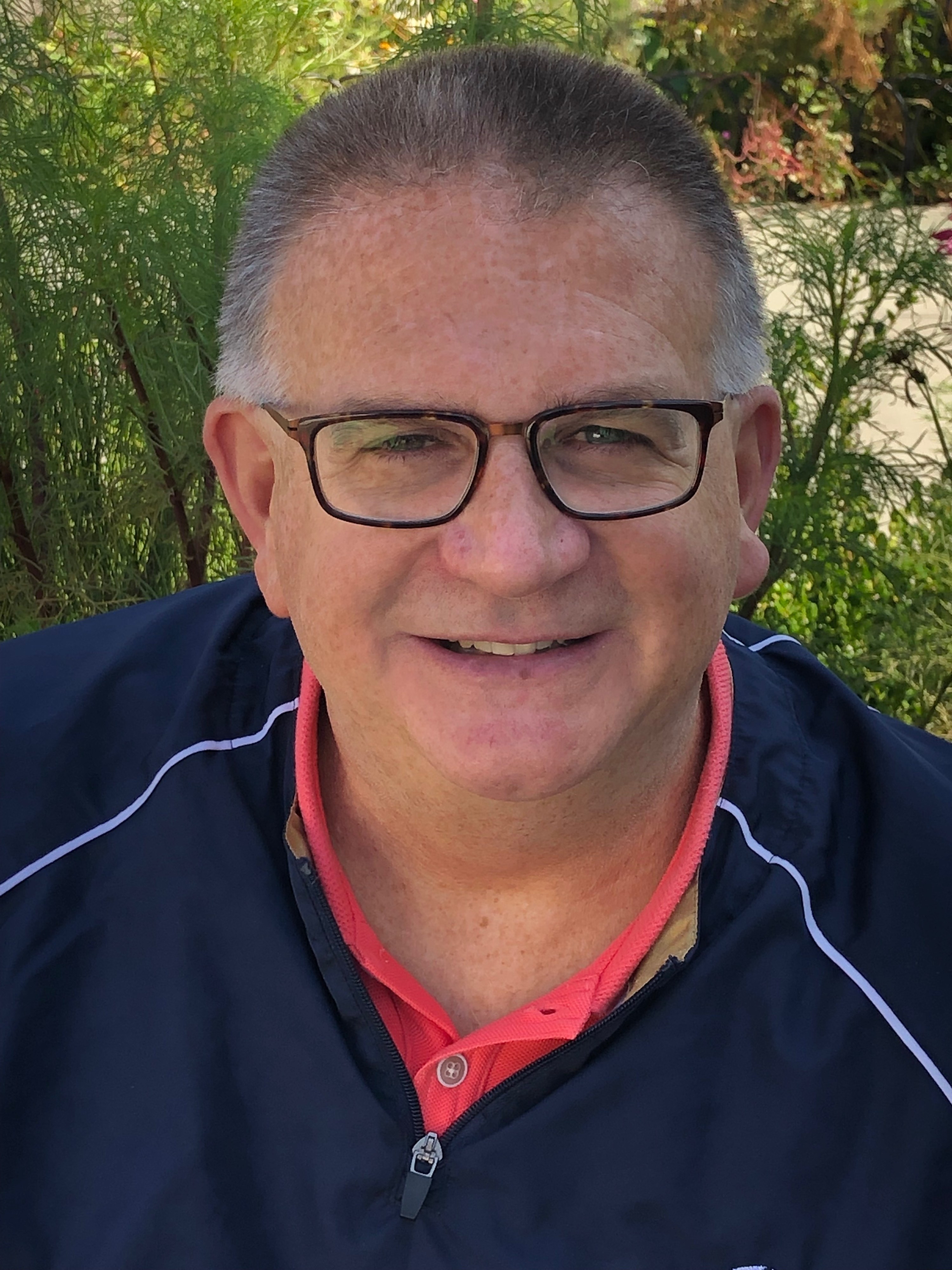 Former Connecticut representative Anthony Spadaccini died March 25 due to complications related to the novel coronavirus — the first known death in Stamford, where he served on the board of representatives from 2018 to 2019.

The 54-year-old recently worked as the chief operating officer for a local distribution center where he managed the production floor. He leaves behind his wife, Stefanie, and two sons, Anthony and Paul.

His former employer and close friend James Lyman described him as “hardworking and caring,” and told BuzzFeed News the staff is “completely distraught at this loss.”

“He was a very productive and stern manager but he was also very fatherly to all the employees,” Lyman told BuzzFeed News. “The personality on the production floor was kind of different than the personality in the break room.”

Ron Golden, older brother to Minnesota’s Lt. Gov. Peggy Flanagan, died March 21 due to complications related to the coronavirus. He was 56.

Golden’s immune system was compromised after having been diagnosed with cancer just weeks before contracting COVID-19, Flanagan said in an Instagram post. He was the second resident to succumb to the disease at the time.

“To many, he’ll be a statistic: Tennessee’s second COVID-related death. But to me, I’ll remember a loving, older brother, uncle, father, and husband,” Flanagan said.

Flanagan described her brother as a “tough-as-nails Marine who was a big teddy bear on the inside.” Flanagan, a Democrat, said her brother’s politics weren’t like hers “AT ALL” and the two often joked about it.

In January, the two mourned the death of their father, Marvin Manypenny.

Golden was a member of the Native American band White Earth Band of Ojibwe, located in northwestern Minnesota, but was raised in Tennessee, where he died.

Golden’s widow, Jose Golden, plans to spread his ashes in Minnesota where their father is buried, Flanagan told reporters March 25.

COVID-19 is the disease caused by the novel coronavirus. The relationship between the disease and the virus was misstated in an earlier version of this post.