Commercial radio presenter Kyle Sandilands breached standards of decency with last year's on-air comments about the Virgin Mary, according to a ruling handed down this week by the Australian media watchdog.

The remarks were made in September 2019, with Sandilands questioning whether the Virgin Mary was indeed a virgin and suggesting people who believe in the Bible's story of immaculate conception were "dumb as dog s—". 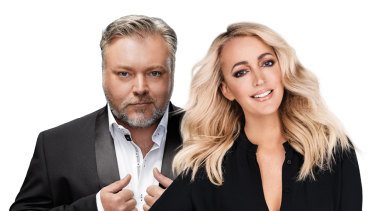 Australian Communications and Media Authority chair Nerida O'Loughlin said the broadcast offended religious listeners as well as the wider community. However, claims the broadcast incited hatred and ridicule towards Christians were not upheld.

ACMA examined 180 complaints as part of its investigation. In comparison, just over 125 complaints were scrutinised in regards to Alan Jones’ comments in August last year about New Zealand Prime Minister Jacinda Ardern.

"Australians are generally tolerant of irreverent humour and critical discussion about religion," Ms O'Loughlin said. "But they would not expect a host of a broadcast program to derisively criticise people's intelligence because of their religious beliefs.

"Mr Sandilands overstepped the mark in terms of the generally accepted standards of decency in this case."

A spokeswoman for ARN, the owner of radio stations KIIS, WSFM and Gold, said the broadcaster accepted the findings.

"ARN has not had any breaches of the decency provision in the past 10 years and regrets any distress caused by the segment," she said. "In the time immediately following the broadcast, ARN took a number of actions to remedy the situation, including broadcasting Kyle Sandilands' unprecedented, lengthy and sincere on-air apology which also remains available on the KIIS website.

ACMA says KIIS has counselled Sandilands and made assurances the incident will be referred to in future staff training sessions. The watchdog says further regulatory action is not warranted given the extensive actions taken by the company soon after the broadcast, including Sandilands' apology.

It's not the first time ACMA has taken issue with the breakfast presenter's comments. It imposed special conditions on his former radio station, 2DayFM, just over a decade ago following a notorious segment involving a 14-year-old girl and a lie detector. The girl was quizzed about her sex life and revealed on air that she had been raped.

Sandilands and his co-host, Jackie "O" Henderson, are contracted to KIIS FM until at least 2022. A source close to the pair said they are each paid close to $7 million annually.