The fallout continues for Kristen Doute. On June 9, the 37-year-old was one of several cast members fired from Vanderpump Rules for racist behavior, including calling the police on former co-star Faith Stowers for a crime she did not commit. The same day Bravo cut ties, Doute’s publisher quietly announced it would no longer be promoting her new book.

The same day Chicago Review Press released Doute’s book, Stowers was speaking out about her experience as the only Black cast member on Pump Rules. (Stowers appeared in season 4 of the show.) In an Instagram Live chat with Floribama Shore’s Candace Renee Rice, she said that fellow SURvers Doute and Stassi Schroeder once called the cops on her. They claimed Stowers was a woman wanted in connection with a series of robberies. The pair were apparently angry that fellow VPR star Jax Taylor had cheated on his future wife Brittany Cartwright with Stowers. 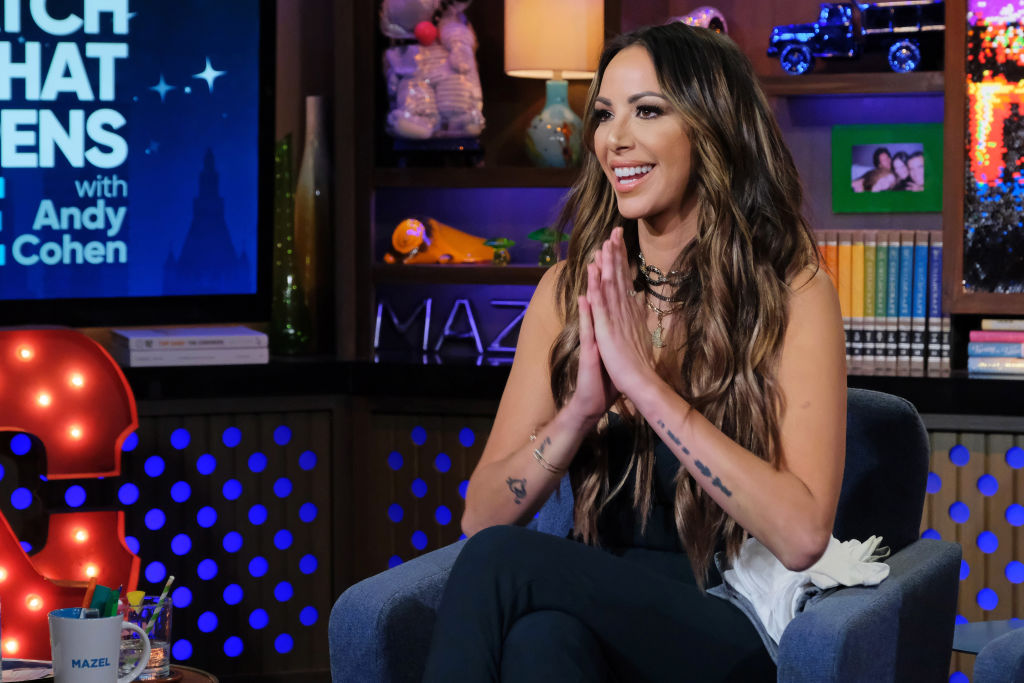 After Stowers shared her story, there was widespread outrage and calls to fire both Doute and Schroeder. Social media critics also slammed Doute’s publisher, which was promoting Doute’s new book as a “summer read” on its Instagram account. Commenters called out Doute’s “long history of racism” and said continuing to promote the book was “unconscionable.”

Eventually, the independent publisher backed away from the book. A week after the book’s release, Chicago Review Press announced it would no longer be promoting the title.

“Chicago Review Press prides itself on publishing books that promote social justice and equality,” the company wrote in a June 9 comment on Instagram. “We are a company that strives to be aware, pay attention, and make a positive contribution to the world around us, but we also know that there is always room to do better and learn more; we are working on it. Therefore, we will no longer promote He’s Making You Crazy, and we’ve canceled all remaining virtual or in-person events. Thank you for expressing your concerns.”

Doute and Schroeder’s racist actions cost both women their jobs with Bravo. The network also fired new cast members Max Boyens and Brett Caprioni.. Their past racist tweets were brought to public attention back in January.

There have also been calls for Bravo to fire Taylor. The controversial cast member accused Stowers of committing crimes in a 2017 tweet. He also made a negative remark about the size of  90 Day Fiancé star Jay Smith’s nose in a 2018 Instagram comment. VPR’s Billie Lee has said that Taylor refused to film with her because she was trans. She called for Bravo to fire him.

Stowers has also urged Bravo to cut ties with Taylor. “I got DMs from other shows, from other females on other shows saying that Mr. Taylor had said some crazy things to them that were racial,” she told Us Weekly. “So I think he gets a pat on the back a lot. But I think that if you’re going to do it for two people, they should do it for some other people as well.”