All in the past. Kris Jenner‘s post-split relationship with ex-husband Caitlyn Jenner has been a roller-coaster of ups and downs, but on the final season of Keeping Up With the Kardashians, the pair seemingly put their differences behind them.

Everything the Kardashians Have Said About ‘KUWTK’ Coming to an End

During the Thursday, April 15, episode of the long-running reality series, the 65-year-old momager received a concerned call from Sophia Hutchins, a close friend of the 71-year-old Olympian. With the coronavirus pandemic causing major shutdowns across the country, Caitlyn’s options for public speaking gigs are limited. However, when asked for advice, Kris admitted she isn’t sure she wants to “go down this road.”

Kim Kardashian reflected on her mom’s history with Caitlyn, telling cameras, “I think my mom is just super traumatized [inside] and that’s OK. Her experience is her experience and we all have to be there for her and there’s no time limit that can be put on her for her to feel completely comfortable again.” 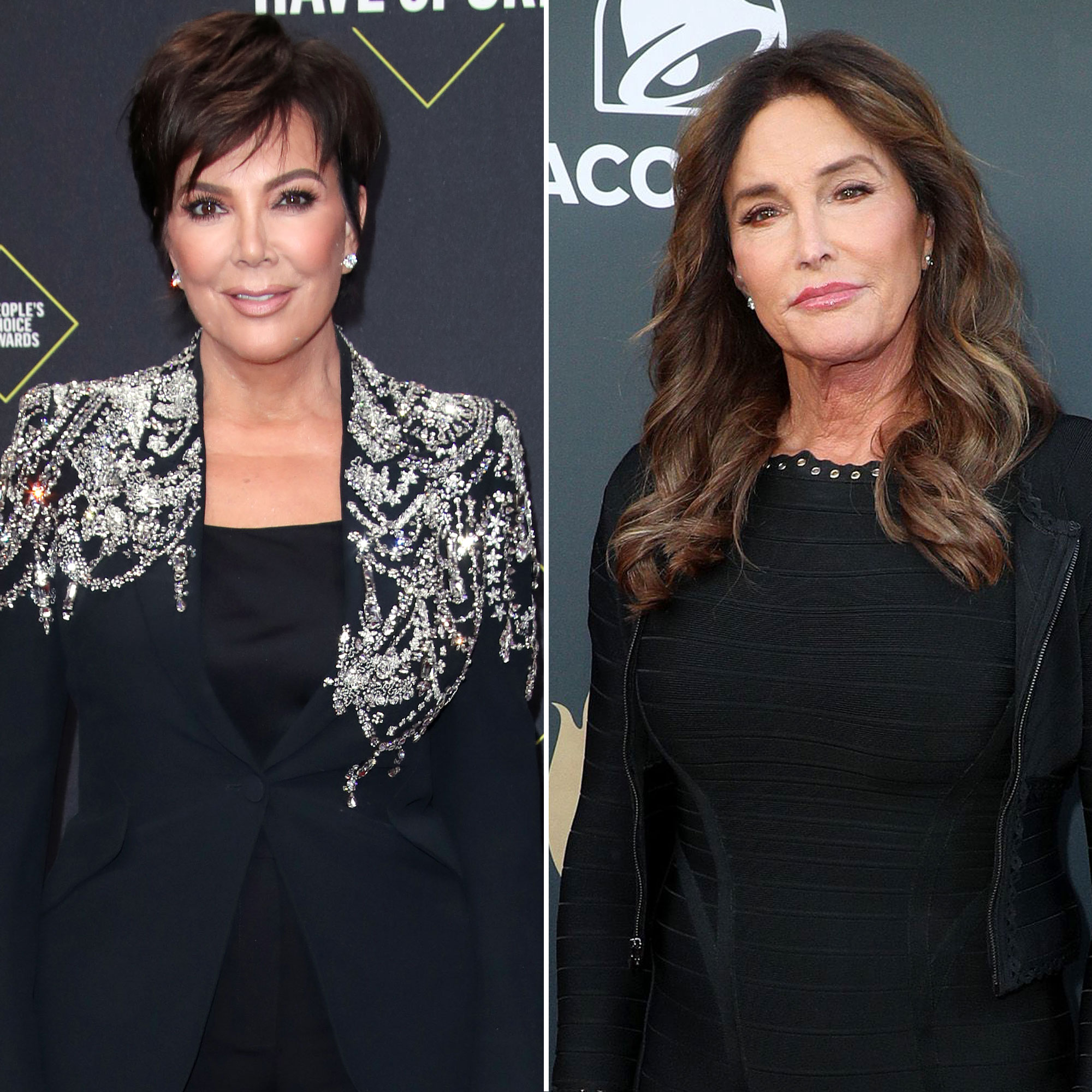 In another confessional interview, Kourtney Kardashian explained that things have been “kind of rocky” between Kris and Caitlyn since their divorce went into effect in March 2015. One month later, the I Am Cait alum publicly came out as trans during a bombshell interview with Diane Sawyer. Caitlyn detailed her journey further in Vanity Fair’s July 2015 cover story.

The former couple were married for more than 20 years and share daughters Kendall Jenner and Kylie Jenner. Caitlyn also helped raise Kris’ kids from her marriage to the late Robert Kardashian: Kourtney, 41, Kim, 40, Khloé Kardashian and Rob Kardashian. In the aftermath of the pair’s divorce, distance grew between Caitlyn and some of the famous family members, especially after the former athlete released her tell-all book in 2017.

“I mean, I talk to Caitlyn every once in a while,” the KKW Beauty founder said during Thursday’s episode.

Every Kardashian-Jenner Divorce Over the Years

Kim agreed, noting that Kris “has definitely had her fair share of hurt” feelings since the divorce. “She has a hard time getting over things and it’s completely understandable,” she said.

Eventually, the In the Kitchen With Kris cookbook author came up with a few ideas for her ex, including the launch of a YouTube channel. “Believe me, this is not an easy situation,” she told cameras. “But Cait really does want my advice. … Even though I can’t make things magically better with us, I’m just here to be supportive and I just want her to be happy.”

From Flashy to Chic, the Style Evolution on ‘KUWTK’ Is Epic — See the Pics

After the Secrets of My Life author posts her first vlog, Kim and Khloé celebrate with her via FaceTime. The Skims CEO said she was “proud” of Kris for taking the high road — and the producer felt the same way.

“I was really happy to offer [Caitlyn] some advice and encouragement over something that she’s trying to do,” Kris said in a confessional. “I know it’s going to be really great.”

Keeping Up With the Kardashians airs on E! Thursdays at 8 p.m. ET.