While the pandemic may have postponed their final concert tour, Kiss have performed a live five-song set at New York’s Tribeca Film Festival. The special show took place on Friday after a screening of the band’s upcoming 4 hour documentary, Biography: KISStory. The special concert saw Kiss play the likes of War Machine, Detroit Rock City and Rock and Roll All Nite.

Paul Stanley said from the stage at the start: “We couldn’t pass up this opportunity.

“Being from New York we had to open up New York, so this is our way of saying, welcome back to everybody.”

While before closing with Rock and Roll All Nite, the 69-year-old added: “We don’t have a permit to make a long show.

“So this is a little short. It’s like a sampling before you get your big meal in August [when we go back on tour].” 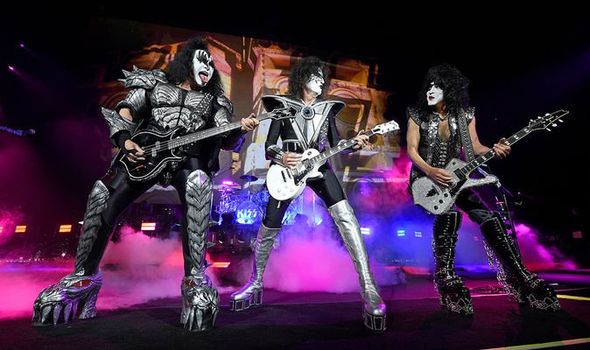 Biography: KISStory is set to air in the US on the A&E network on June 27 and 28, while a UK air date is yet to be announced.

A description for the two-part documentary reads: “After 50 years of rocking and rolling all night and partying every day, the #1 Gold Record selling band of all time, KISS, shares their story of success before finally smashing their last guitar and extinguishing the fire-breathing demon.”

While A&E said: “Through the Biography lens, we are able to give fans a backstage pass to a two-night event that honors the legacy of the rock icons behind KISS. This documentary event is a special tribute to a one-of-a-kind band and the incredible Kiss Army fanbase that has idolised them for generations.”

The band, which celebrates its 50th anniversary in 2023, is also getting a Netflix movie biopic called Shout It Out Loud. 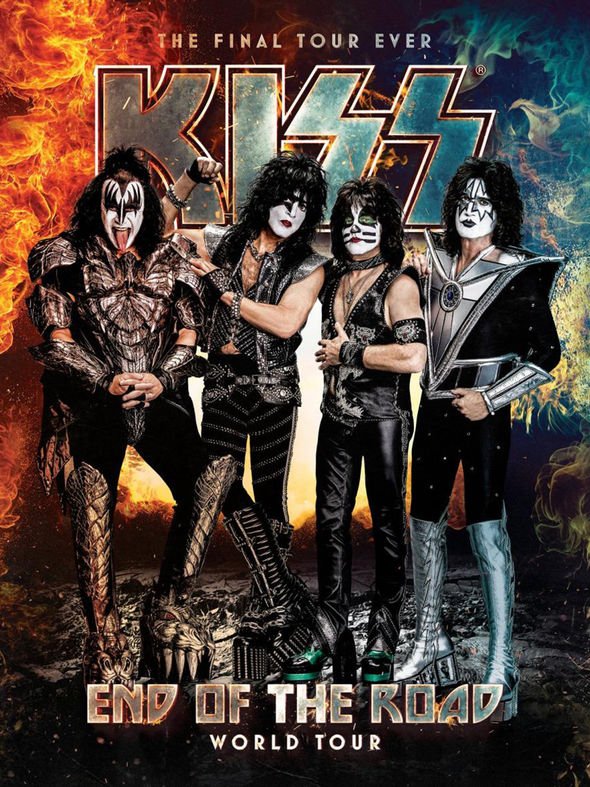 The Kiss biopic will be helmed by Pirates of the Caribbean: Salazar’s Revenge director Joachim Rønning.

While both Paul Stanley and Gene Simmons will act as producers on the film.

The story will chart the Kiss founders’ beginnings as two misfit kids from Queens who teamed up with guitarist Ace Frehley and drummer Peter Criss.

Meanwhile, in a new interview, Paul confirmed that Kiss’ time really will be up when their End of the Road World Tour concludes in 2022.

Speaking with Download Reloaded, Paul admitted that he would be kidding himself if he thought Kiss could keep going beyond next year.

The 69-year-old said: “If we were just another band in t-shirts and trainers, we could do this into our eighties.

“But we’re running around on stage with 40 or 50 pounds of gear and boots with eight-inch heels, and we do it well, but I also know that we can’t do it forever.

“So before it reaches that point, I think it’s better that we stop.”

Paul added: “I take it real seriously, so the idea of being able to do this without end, it’s just not possible.

“The one thing you realise as you get older is that at some point you stop getting older, you know?

“Everything comes to an end, and there are other things I want to do. And like I said, it’s just not possible to do what we do indefinitely. It’s just not.”