Cue up your favorite Kim Kardashian ugly crying GIF because the reality TV star is getting earnest on main about ex Kanye West.

While the sun may have set on Kimye, there’s still apparently enough goodwill between the former celebrity couple for an old-fashioned birthday shoutout. To celebrate the rapper’s 44th birthday on Tuesday, Kardashian shared a sweet photo of the couple on social media, and led with love in the caption.

“Happy Birthday Love U for Life,” she wrote alongside a photo of the couple’s four children together ― daughters North, 7, and Chicago, 3; and sons Saint, 5, and Psalm, 2.

Kardashian proceeded to share a few more memories of West, including one adorable throwback photo of the rapper as a boy.

Kardashian officially filed for divorce from West in February after months of rumors about the couple’s crumbling marriage. She cited “irreconcilable differences” as the reason for the split and requested joint custody of their kids.

The filing came after a period of volatility for West, who’s moved out of the couple’s home and permanently relocated to his Wyoming ranch. His 2020 presidential run flopped and he targeted Kardashian and members of her famous family in various social media outbursts.

The two settled joint custody of their children in April and agreed there would be no spousal support, publicly signaling that they were keeping things cordial. The decree isn’t yet final.

The KKW Beauty founder has been tight-lipped about the split, but broke down about her strife in a recent “Keeping Up With The Kardashians” episode.

“He should have a wife that supports his every move and travels with him and does everything and I can’t,” Kardashian said. “I feel like a fucking failure and it’s, like, a third fucking marriage. Yeah, I feel like a fucking loser. But I can’t even think about that. Like, I want to be happy.” 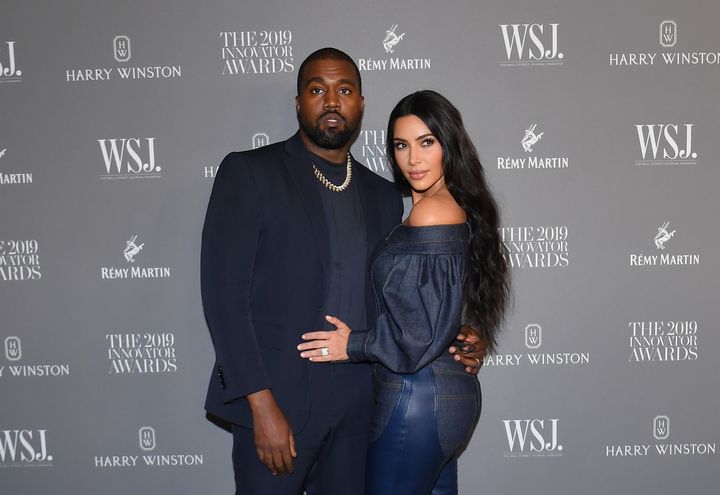 Other KarJenners also reacted to West’s birthday. The Yeezy designer was feted by sister-in-law Khloe Kardashian, who shared a photo of herself and boyfriend Tristan Thompson vacationing with Kimye, presumably when they were still a couple.

“Happy birthday to my brother for life!!! Have the best birthday Ye! Sending you love and endless blessings,” Khloe wrote. Kim dropped a balloon emoji in the comments.

But it’s been radio silence from other, typically pro-Kanye family members, including Kris Jenner and Kourtney Kardashian, who is apparently too busy posting a photo of a vial of her new boyfriend’s blood on Instagram.