More than 10,000 people have signed an online petition calling for the ATAR and year 11 and 12 exams to be scrapped this year as students struggle with disruption caused by the coronavirus outbreak. 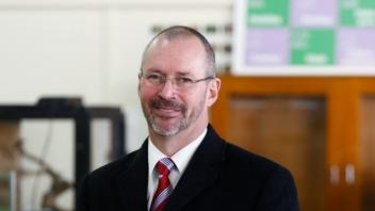 Former Templestowe College principal Peter Hutton has petitioned for the ATAR to be scrapped this year.Credit:Eddie Jim

The petition was started by former Templestowe College principal Peter Hutton, who says it is unfair to rank students against each other during the COVID-19 crisis.

“What better time to kill the ATAR off than now, when an already demonstrably inequitable system is made even more so due to disruption, remote schooling and inequality of technology provision in online learning,” he writes in the change.org petition, which had almost 10,300 signatures by 9pm on Monday.

Among the signatories to the petition is Zac Jeffries, the director of teaching and learning at Bayview College, an independent school in Portland, south-western Victoria.

Mr Jeffries said Bayview College had already experienced a rise in the number of VCE students choosing to complete their VCE unscored, often as a way to manage their anxieties. 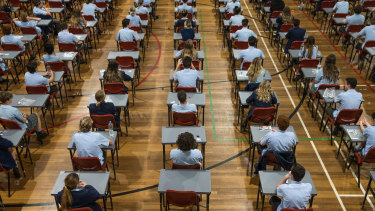 “The number of students that need help for anxiety has really gone up in the last few years,” Mr Jeffries said. “A lot of those students are the ones that move towards doing an unscored VCE.”

When Mr Hutton was principal at Templestowe College, he would routinely encourage VCE students to forget about trying to get a good ATAR, the four-digit ranking that is used to set the bar for entry to most university courses.

Determined to “flip” the method for measuring academic success, he pushed students at the government school in Melbourne’s east to complete their VCE unscored and skip the stress of exams.

“We said to students, you will start off with an unscored VCE, unless you choose to do a scored assessment,” Mr Hutton says.

Templestowe College flipped its own fortunes, growing from a dying state school with fewer than 300 students 10 years ago to one with almost 1400 last year.

Data released to The Age by the Victorian Curriculum and Assessment Authority reveals there was an extraordinary leap in the number of students who completed their VCE unscored last year: from 2072 students in 2018 to a record 3810 students, or 7.7 per cent of all students who graduated.

Not all students who take this path are doing so to avoid the anxiety of exams or of being ranked against their peers.

Lian Davies, principal of Whittlesea Secondary College, said that although most students at the school graduate with an ATAR, the option not to do so is gaining favour, simply because of growing awareness among students and parents that not all VCE graduates need the ranking to get ahead.

This includes students who go on to apprenticeships, TAFE and even university, with some tertiary institutions offering alternative paths to entry for those who do not have an ATAR.

“There is increased awareness and support from parents who understand that, all right, it’s not all about this ATAR number; it’s genuinely about getting where they want to go and there and multiple ways to do it,” Ms Davies said.

A spokesperson for the Victorian Curriculum and Assessment Authority said undertaking VCE without study scores was a valid and desirable option for some students, and one that also enables schools to better cater for the needs of individual students.

“This includes students who do not require a study score for tertiary admission, and have chosen alternative pathways such as TAFE or to take up offers of employment,” the spokesperson said.

Education Minister James Merlino said last week that the Victorian government was working on options for helping students complete their VCE this year, including delaying assignment deadlines and changing the timing of exams.