SAM KERR put in a superb shift as Chelsea hit Birmingham for six to reach 100 goals this season.

The Australia star’s hat-trick – and a Fran Kirby brace – saw the champions thump the visitors 6-0 to maintain their grip at the top. 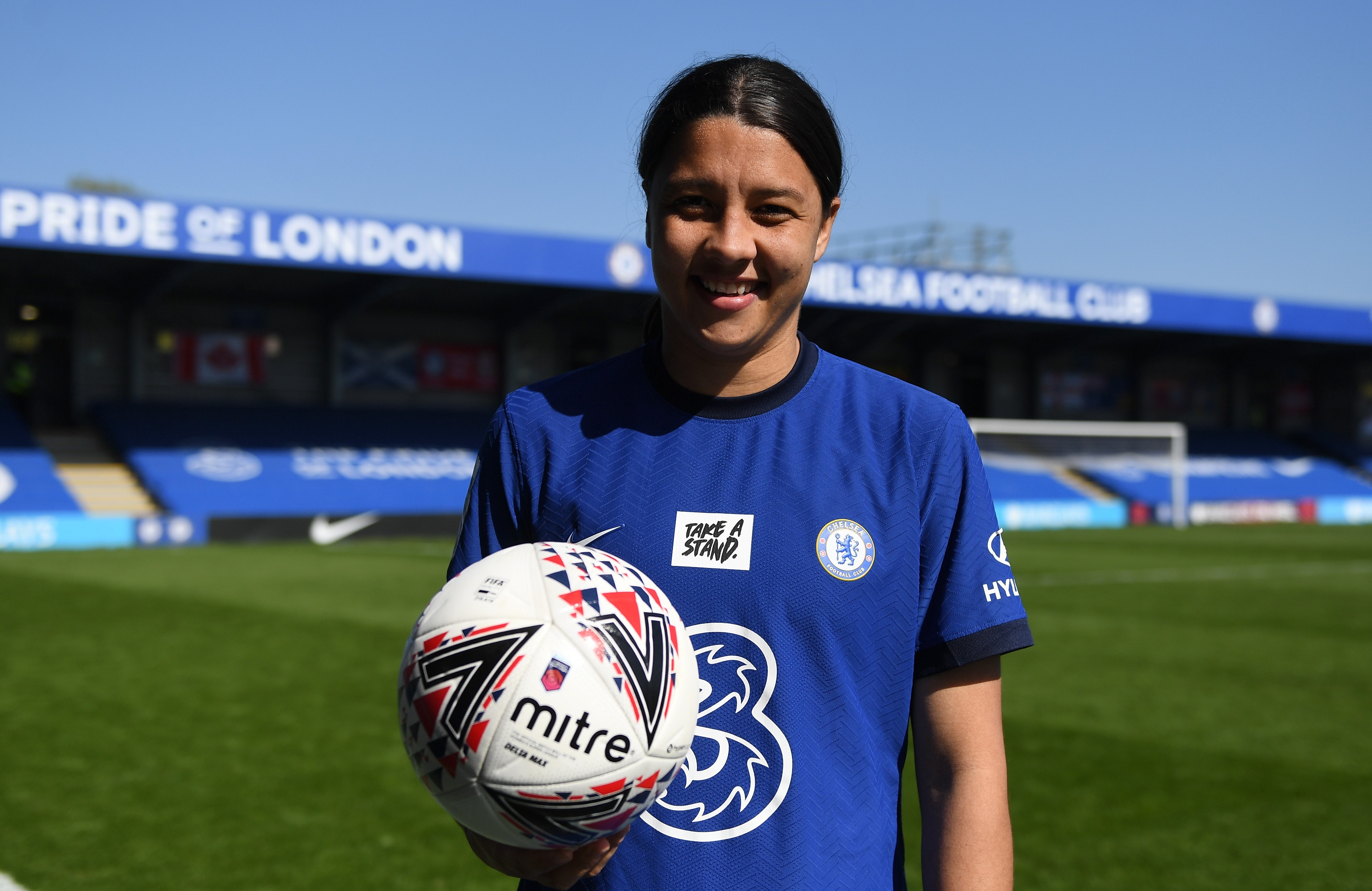 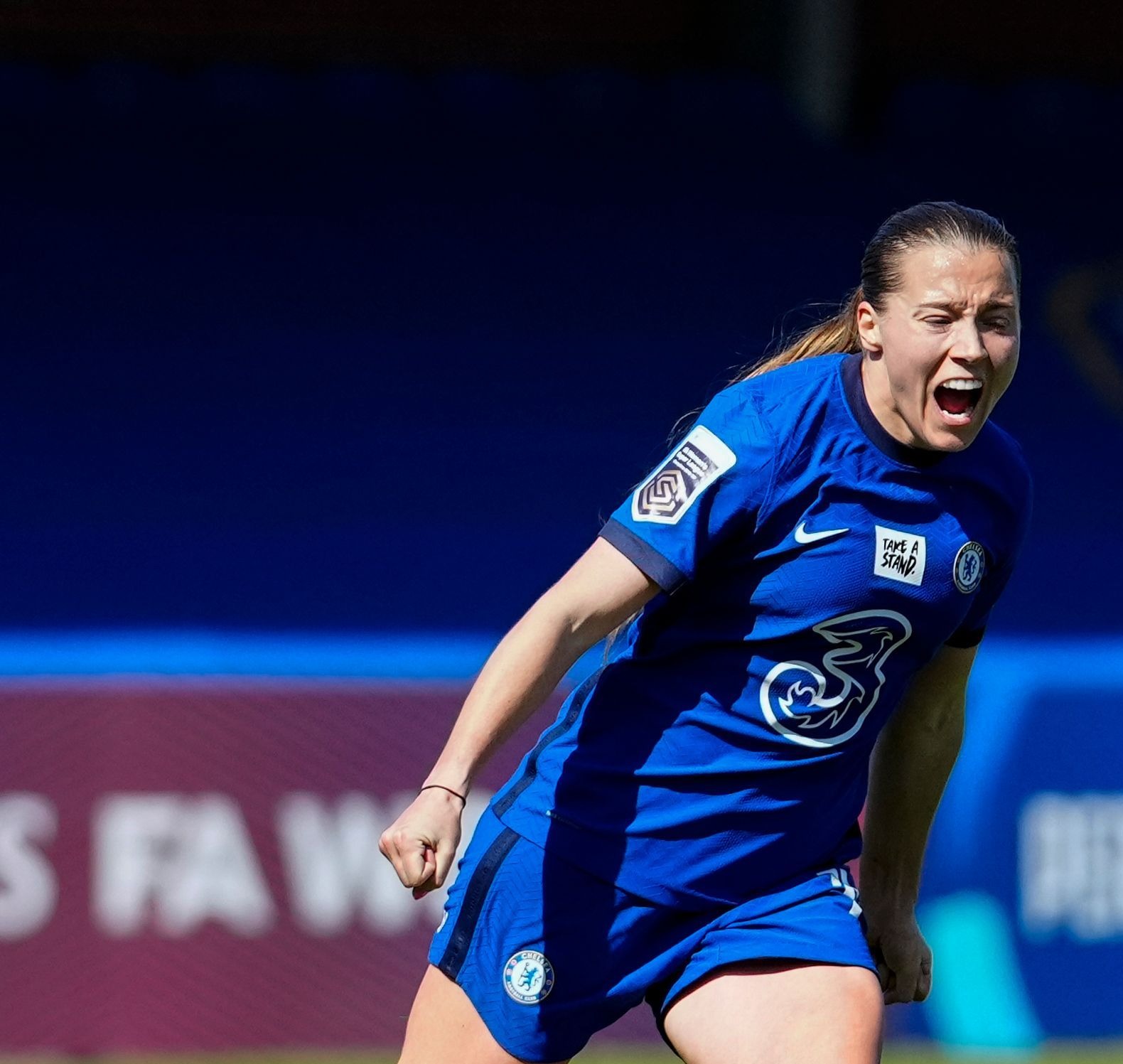 And after the hosts’ clinical attacking display – with Kerr taking her WSL goal tally to 17 –  it was not hard to see why.

Blues gaffer Hayes said: “Sam is the ultimate team player and will do anything for the team to do well.

“She can take the pressure and responsibility well enough. Her goals speak for themselves.

“The things that are impressing me about her play are the things that I think she had to improve on the most, like her ability to link play or hold up.

“She is so often getting the first goal for us just when we need it and that is priceless.”

The visitors – who had lost seven of their last nine meetings with Chelsea – held their own in defence for the first 20 mins and looked to harry the hosts when they were in possession.

But it did not take too long for Hayes' aces to get off the mark.

And it was Kerr burying her first in the 24th minute from a tight angle after Hannah Hampton parried Erin Cuthbert’s shot out wide. 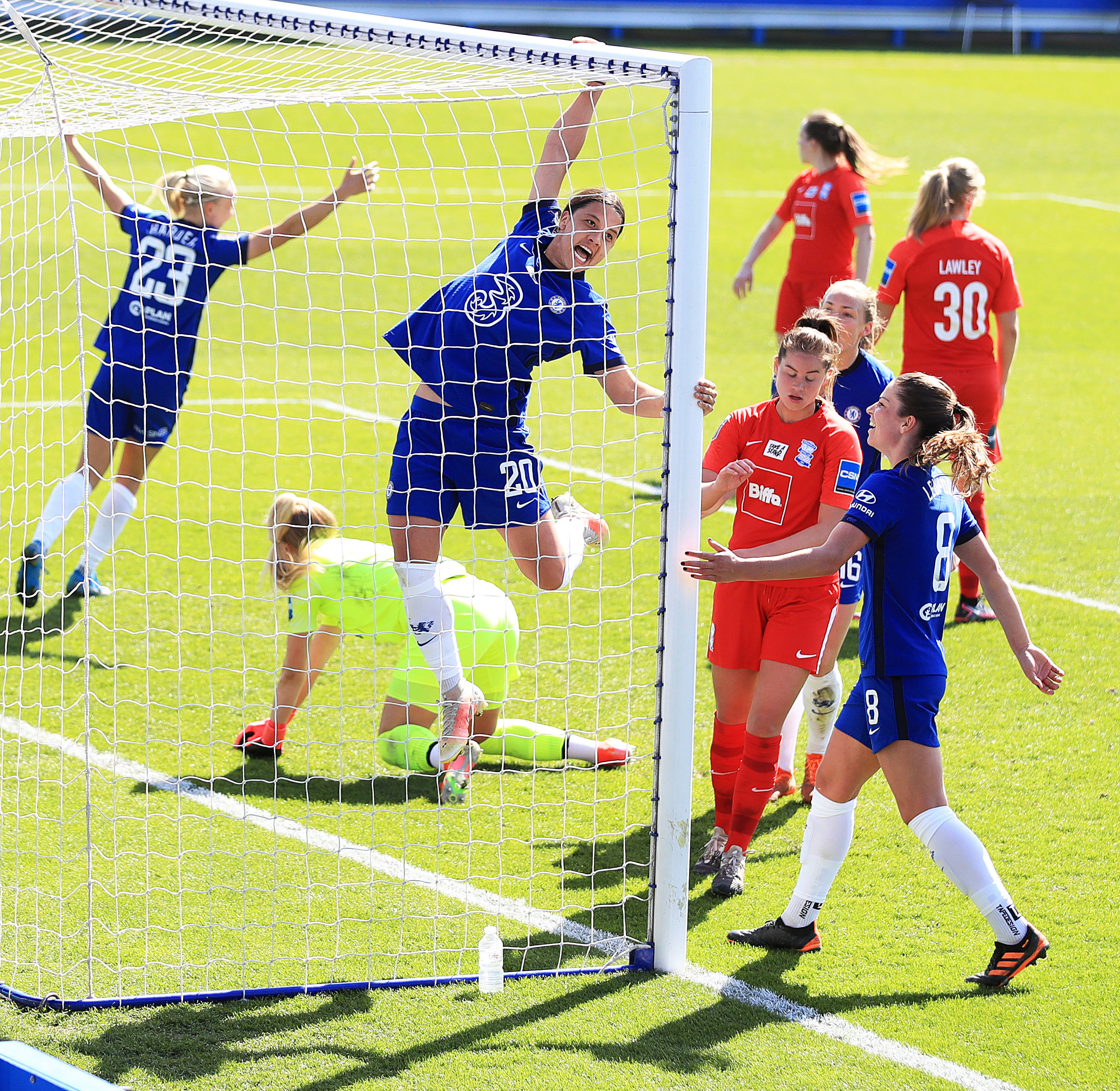 Birmingham had a good chance to pick up an equaliser 14 minutes later after Claudia Walker latched on to a ball that bounced awkwardly over Millie Bright.

But Brum's top scorer saw her sweetly struck shot sail wide of Ann-Katrin Berger’s near post before Kerr took the wind out of the visitors’ sails.

The Matildas skipper struck twice in three minutes deep into injury time in the first half.

First through nodding in her second after a Pernille Harder effort rebounded off the post.

And then a free header off of a fine set-piece cross from Cuthbert in the 47th minute.

The second half saw Hayes make five substitutions with Guro Reiten and Beth England among the players to come on. 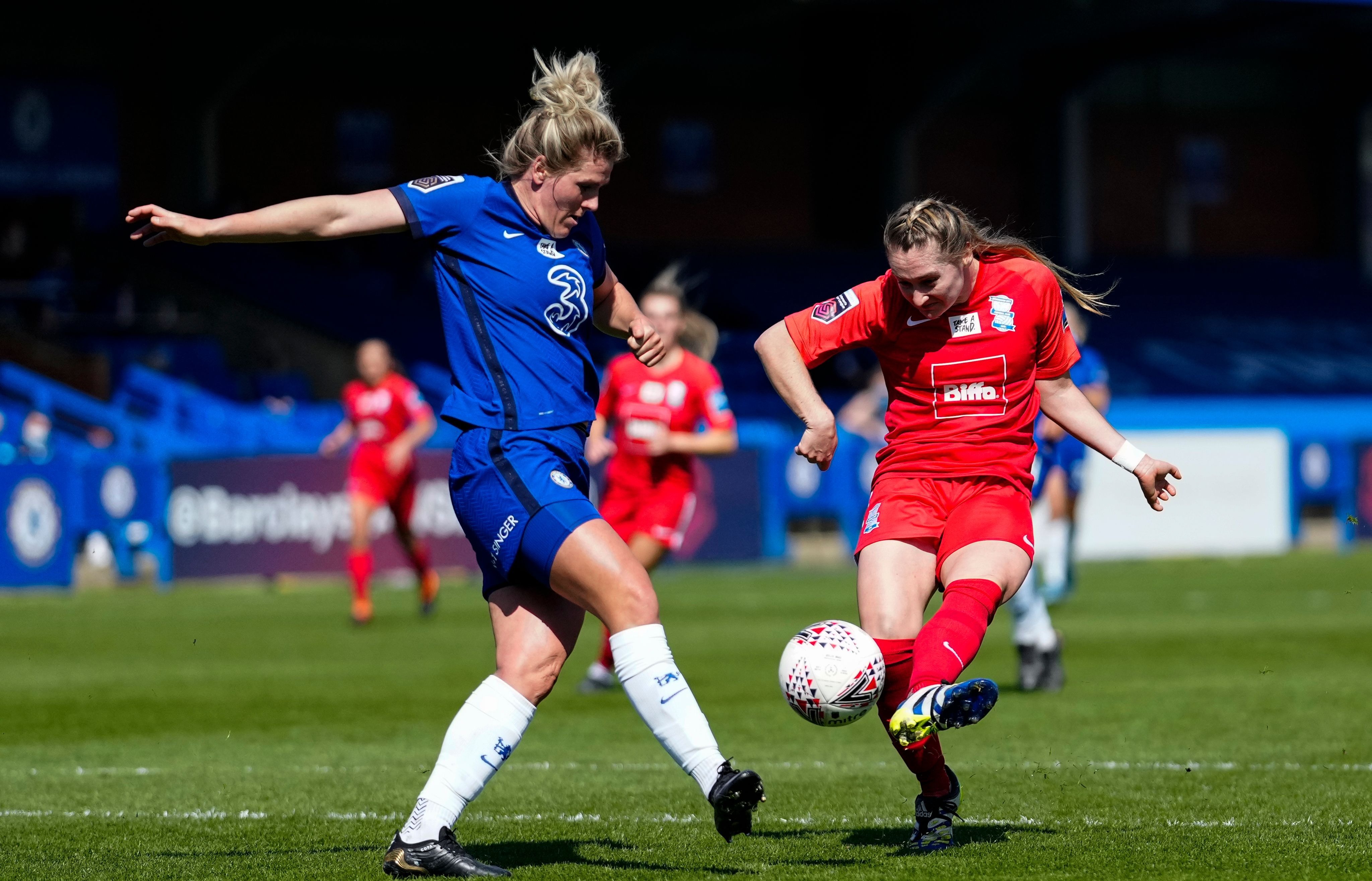 And it was England who set up Kirby to net her 13th goal of the season following a cutback from the Blues playmaker.

Reiten got in on the act with Kirby turning provider to help her team-mate slot in her first league goal of the season.

And Kirby sealed an emphatic victory for the champs with her late strike – helping Chelsea reach a century of goals during this campaign.

A title duel with Manchester City is up next after the international break for Hayes’ side who are also battling to win their first Champions League crown.

Meanwhile, Birmingham – who remain ninth and three points above the foot of the table – have an FA Cup clash with Coventry before they face Reading in the league.

And Ward made it clear that WSL survival will be her team’s top priority. 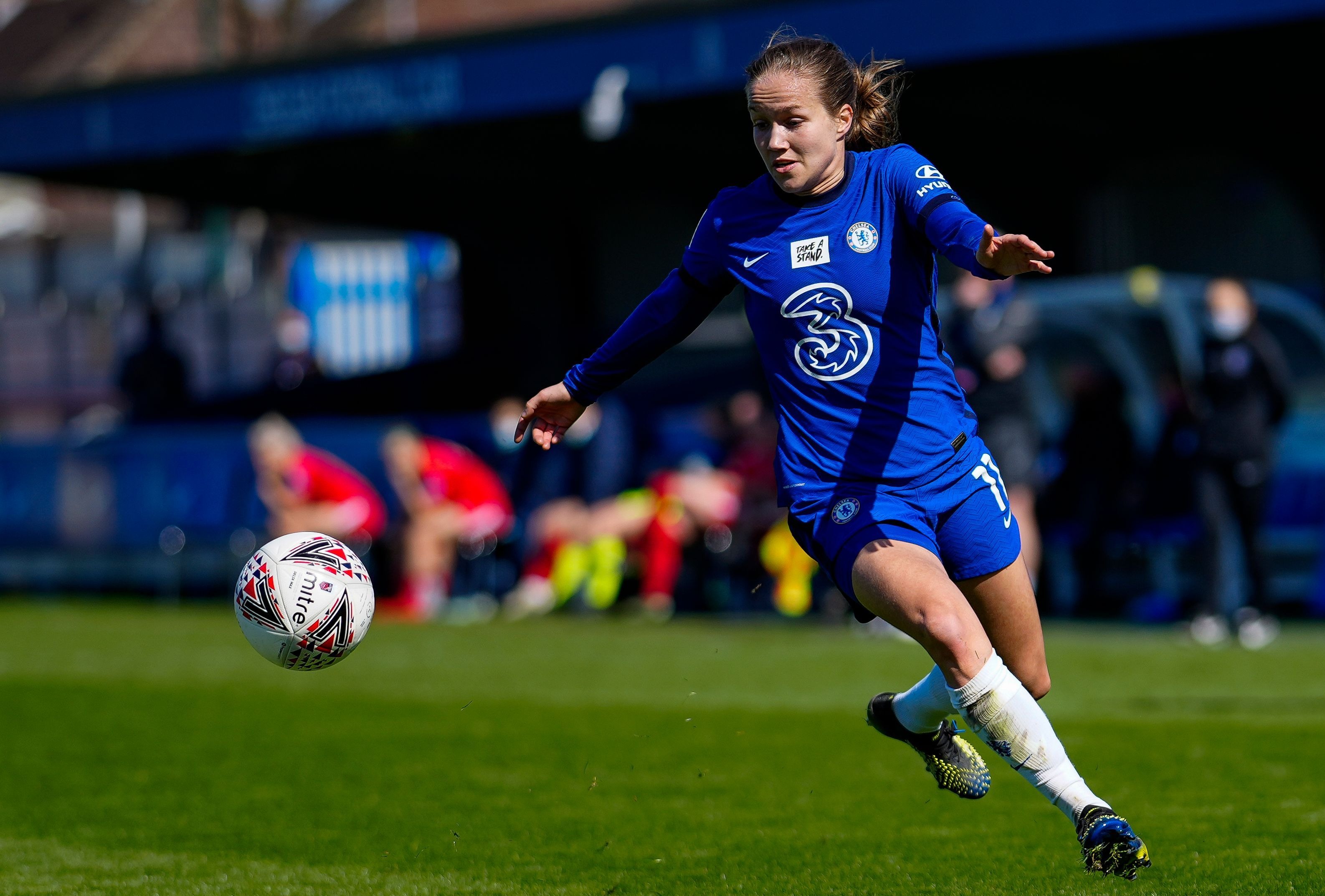 Ward said: “I don't want to disrespect the competition because I think it's an unbelievable competition and one that I absolutely love playing in.

“One day, no doubt, managing and it will also be something special, but in all honesty, it's not important.

“We will wring the changes, we'll allow players to get minutes will allow those to get some rest.

“It's not big for us, survival is. They'll certainly be many many changes.” 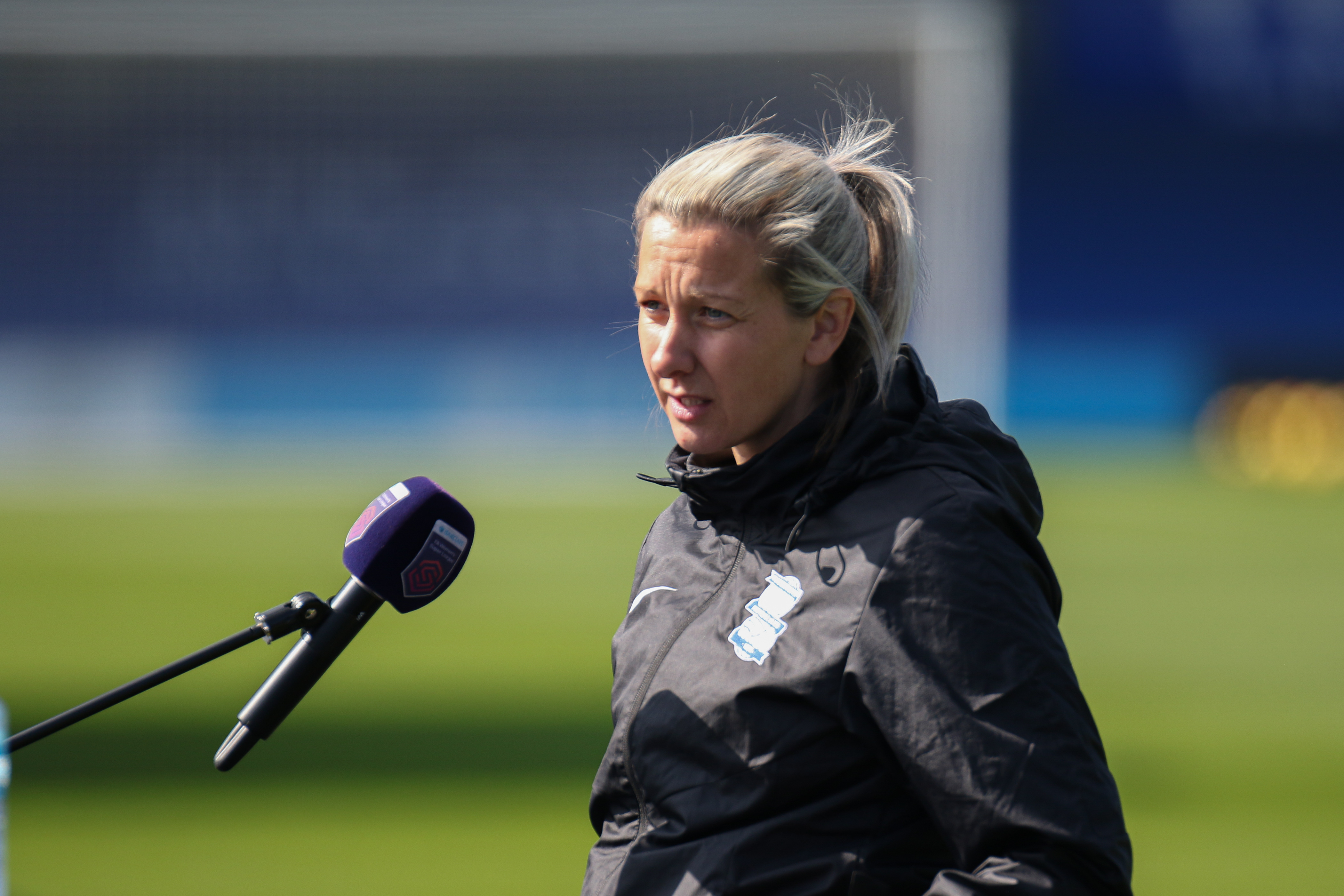