Kanye West is never one to hold back and he proved on point when he sat down with Nick Cannon on Tuesday.

During a lengthy chat on Cannon’s podcast “Cannon’s Class,” the outspoken rapper covered everything from abortion, finding God, fashion, his presidential run and that Taylor Swift moment at the 2009 VMAs.

Keep reading below for the biggest takeaways from Part One of what Cannon called “one of the most open interviews.”

In July, Kanye stopped by the city of North Charleston in South Carolina for his first-ever presidential rally where he detailed the time he and Kim Kardashian allegedly considered having an abortion during their first pregnancy.

“For anyone who wants to tear me down for crying, you realize that because of South Carolina, there are people who have decided to have a child?” he began. “Because they connected. And if they were on the fence about it, they never saw anyone in my position take that position and say, ‘Look at this. This is a 7-year-old right here. And she might have never made it here.'”

He added, “So when I talk to my father, my father made me apologize to him for bringing this up publicly. He also said that the abortion culture teaches people that a child isn’t a real soul. And it was my wife that said, ‘This is a soul.’ And the scariest thing is, she had the pills — you know, you take these pills, you take them and the next morning the baby’s gone — she had the pills in her hand.”

On naming his campaign "Birthday Party"

Continuing the topic of abortion, Kanye told Nick that the name for his presidential campaign came as a message in support of pro-life.

“When I came up with the name of my party, the Birthday Party, it was funny. It was just crazy, it was Ye-zy. I was like, ‘That’s it!'”

“I can only give God the glory because of the connection point to the Birthday Party is dealing with life and pro-life,” he continued. “Because these are kids that are now gonna get a chance to have birthdays.”

“What [God] says is He says, ‘None of that matters.’ I went in from being snubbed by a magazine, but I was recognized by God.”

“I got snubbed off the Forbes list for two years that they said I wasn’t a billionaire. How you jump from a net worth of $240 million to $3.3 billion unless you been snubbed? And it felt like we not gonna allow people to know that someone that didn’t follow our rules could actually make it. Then God gave increase.” 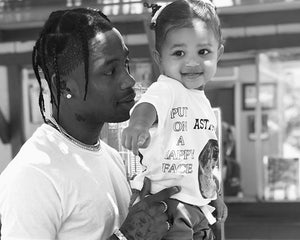 On finding God during hospitalization

“The first time I was put into the hospital in 2016, I actually started reading the Bible. That was part of what God hit me with. And you know, God has a calling on all of us, and he uses us in different ways.”

He went on to say he understood that the public might not see his religious awakening as “cool.”

“I’m not going to lie to you, I like being cool. I didn’t go into an environment to come off uncool.”

“When I went to the hospital the first time, one of the things I wrote down was ‘start a church in Calabasas,'” he added. “And we sang Jesus’ name to the hills in the center of the city of Los Angeles.”

On Virgil Abloh and Gap deal

In 2018, Louis Vuitton named Virgil Abloh creative director of menswear after he worked with Kanye for years. Recently, Kanye inked a 10-year deal with Gap for a “Yeezy Gap” line.

Kanye recalled how he was talking to a representative from Gap who misunderstood him, thinking it was the rapper’s dream to be with the Louis Vuitton brand.

“And I was like, ‘No, look how God is. Actually Gap was my dream.’ Because I was working at Gap, getting fresh at the Gap, not being able to afford Abercrombie, and getting polos off of layaway at TJ Maxx and Marshalls before I even knew what Louis Vuitton was. Before I knew the idea. I never heard the word ‘high fashion.’ We was just getting fresh.”

Kanye started his weekly meeting of music, fashion and religion back in 2019.

On that Taylor Swift moment

Kanye infamously interrupted Taylor while she was receiving the Best Female Video award at the 2009 VMAs for “You Belong With Me”; He thought Beyonce should have won for “Single Ladies.” Looking back, Kanye said he was guided by God to hijack Taylor.

“If God ain’t want me to run on stage and say Beyonce had the best video, he wouldn’t have sat me in the front row,” he said.  “I would’ve been sitting in the back and they would’ve made it the first award and he wouldn’t have made it so ridiculous, because I had never heard of this person before and ‘Single Ladies’ is one of the greatest videos of all time.”

Watch the first part of the interview in its entirety above. 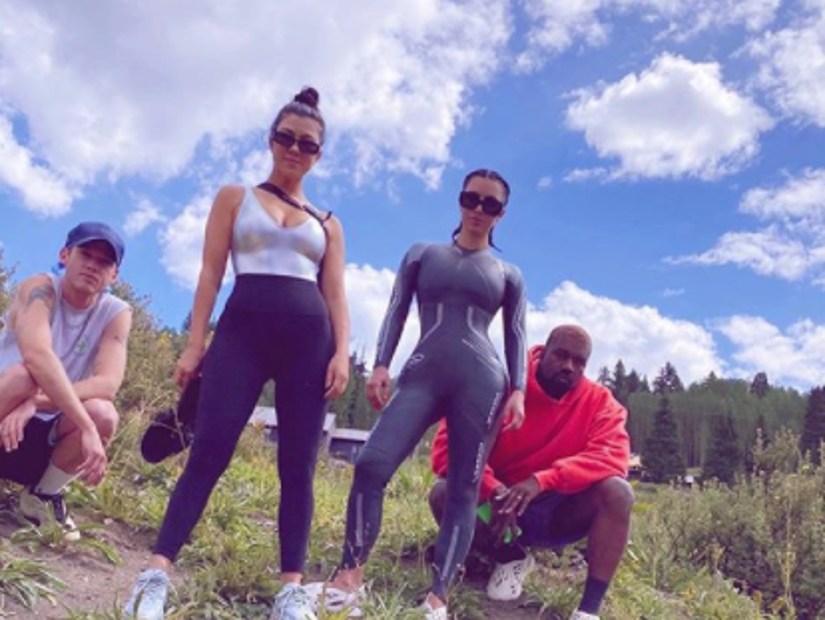