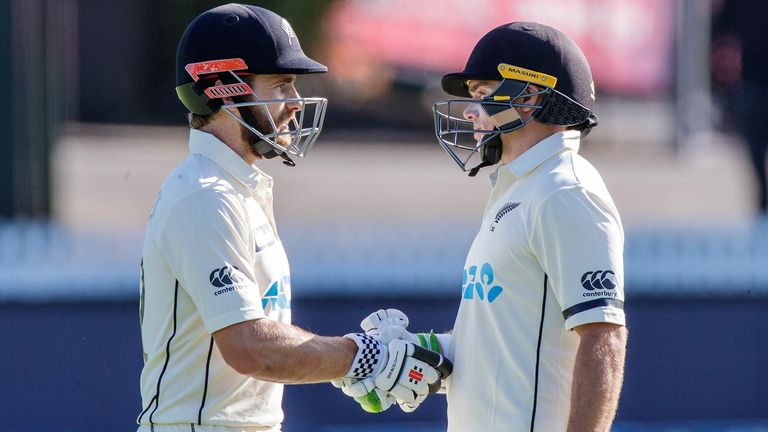 Kane Williamson’s unbeaten 97 on a green pitch put New Zealand in charge on day one of the first Test against the West Indies at Seddon Park.

The skipper moved to within sight of his 21st Test century to help the hosts to 243-2 at stumps, sharing a second-wicket stand of 154 with opener Tom Latham (86) after the tourists won the toss and chosen to bowl.

West Indies quickly took advantage as Shannon Gabriel trapped debutant Will Young lbw for five, only for Williamson and Latham to put on a masterclass of patience and precision.

Latham enjoyed a major slice of luck on 45 when he feathered a catch to wicketkeeper Shane Dowrich off Jason Holder’s bowling but the bowler and the cordon, apart from Darren Bravo, failed to appeal.

Kemar Roach did bowl Latham before the close only for Ross Taylor’s unbeaten 31 to help steer New Zealand into a commanding position.

“I felt like I was hitting the ball reasonably well,” Latham said. “If you can trust your positions on a pitch like this and get a bit of luck, then hopefully things go your way and I was just glad to contribute today.

“I think nowadays our wickets tend to be a bit greener but there was probably a bit more grass on this Hamilton wicket than we’ve traditionally seen in the past.

“It probably had a bit more pace than we’re used to seeing as well. It offered a little bit but not as much as we thought.”

New Zealand will play two-Test series against West Indies, then Pakistan at home this summer. If they can sweep both they have a chance of attaining the No 1 world ranking for the first time and they will strengthen their chances of reaching the final of the World Test Championship next year.

West Indies are chasing their first win in New Zealand since 1995. The day ended with further concern for the tourists when Bravo was assisted from the field with an injured ankle.