Actor Justice Smith has come out as queer in a post calling for protesters not to forget Black queer and trans individuals as anti-racist protests continue across the country.

The “Pokemon: Detective Pikachu” star shared his truth in an Instagram post on Friday night, announcing that he and “Queen Sugar” actor Nicholas Ashe are a couple.

In the post, Smith reflected on his experience at a recent Black Lives Matter protest in New Orleans, where he noticed people in the crowd did not join in when when he and Ashe chanted “Black Trans Lives Matter” and “Black Queer Lives Matter.”

“As a black queer man myself, I was disappointed to see certain people eager to say Black Lives Matter, but hold their tongue when Trans/Queer was added,” he wrote alongside a video from the protest. “I want to reiterate this sentiment: if your revolution does not include Black Queer voices, it is anti-black.”

Smith went onto mention the police killing of Tony McDade, a Black transgender man, who was fatally shot last month in Tallahasse, Florida, making him at least the 12th American trans person to be killed in 2020, according to the Human Rights Campaign.

“If your revolution is okay with letting black trans people like #TonyMcDade slip through the cracks in order to solely liberate black cishet men, it is anti-black. You are trying to push yourself through the door of a system designed against you, and then shut the door behind you.

“It is in our conditioning to get as close to whiteness, straightness, maleness as we can because that’s where the power is,” he continued. “And if we appeal to it, maybe it’ll give us a slice. But the revolution is not about appeal. It is about demanding what should have been given to us from the beginning.” 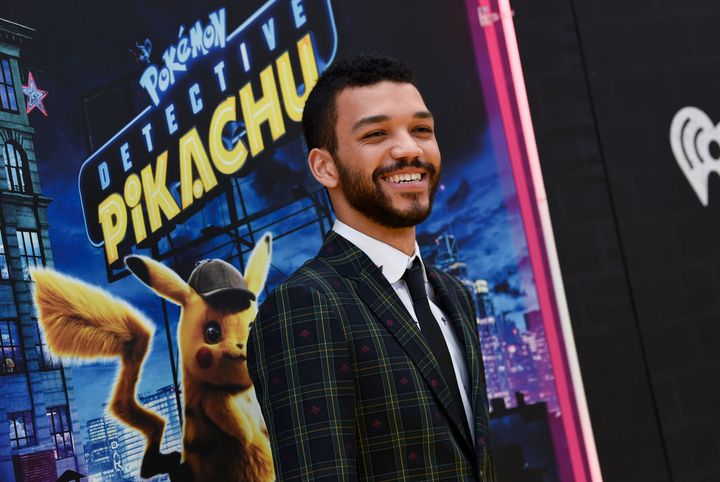 Smith’s call for the rights of Black, queer and trans individuals to “live and prosper in public without fear of persecution or threat of violence” speaks to the origins of the Black Lives Matter movement, which was created by three Black women, two of whom identify as queer.

The actor also chose to spread some “black boy joy” on his page, sharing some loving photos of himself and Nashe.

“You’ve been my rock and guiding light through all of this and I love you so much. I know that on the other side of this Is change, though the fight is far from over,” he wrote.

Smith, who first rose to fame on Netflix’s “The Get Down,” will be in the next film in the “Jurassic World” franchise, which is expected to hit theaters in June 2021, despite production being shut down earlier this year over coronavirus concerns.