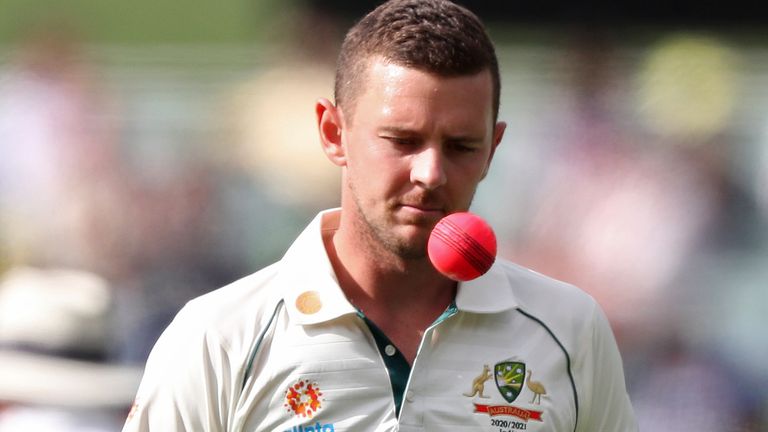 Josh Hazlewood has decided to opt out of the Indian Premier League (IPL) and rest up for a crowded schedule of international cricket for Australia culminating with the Ashes at the end of the year.

The 30-year-old fast bowler was scheduled to play a second season for the Chennai Super Kings in the IPL, which is being played across six venues, initially without spectators, from April 9 to May 30.

“It’s been a long 10 months in bubbles and quarantine at different times, so I decided to have a rest from cricket and spend some time at home and in Australia in the next two months,” Hazlewood told cricket.com.au.

“We’ve got a big winter ahead too. The West Indies is going to be a long tour, with Bangladesh [T20 tour] potentially thrown on the end of that.

“Then potentially the T20 World Cup leading into the Ashes, so it’s a big 12 months … and I want to give myself the best chance to be mentally and physically ready for that.

“That’s the decision I’ve made, and it sits pretty well with me.”

Hazlewood’s international team-mates, wicketkeeper-batsman Josh Philippe, and all-rounder Mitchell Marsh have also pulled out of this year’s IPL, both citing personal reasons for their decisions.

Australia are scheduled to play three one-day internationals and three Twenty20 matches in the West Indies in June and July before heading to Bangladesh in October for three warm-up matches ahead of the Twenty20 World Cup in India.

Afghanistan will play a one-off Test in Australia, postponed from last year, in November before the five-Test Ashes series against England around the New Year.