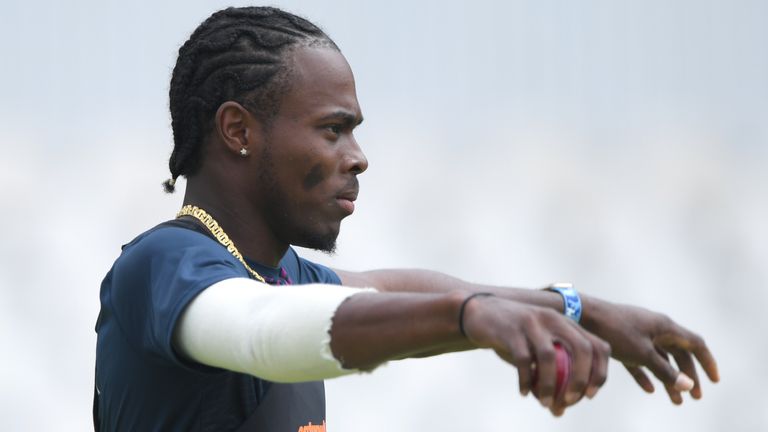 Jofra Archer will await his second coronavirus test result before joining up with England’s behind-closed-doors training camp after a member of his household felt unwell.

The Sussex and England bowler did not join up with the rest of the 30-man party on Tuesday at Southampton’s Ageas Bowl as they prepare for their Test series against the West Indies.

Archer tested negative in the players’ first round of coronavirus testing but has stayed away as a precaution awaiting a second test.

The 25-year-old and the rest of the squad will be tested on Wednesday and he will join the squad on Thursday if he again tests negative.

An England and Wales Cricket Board statement read: “England and Sussex bowler Jofra Archer will join England’s behind-closed-doors training camp on Thursday after a member of his household felt unwell over the weekend.

“Archer, and members of his household, have tested negative for COVID-19. He will have a second test tomorrow (Wednesday 23 June), and if he tests negative, he will join up with the training group on Thursday.