Adele lost weight and everyone seems to want to talk about it. The Grammy-winning artist has been on a weight loss journey since her divorce almost a year ago and has lost a noticeable amount of weight. Now, everyone seems to have an opinion about her changed body. Some praised her, but others were straight-up mad that she’d lost weight. Luckily, podcast host Joe Rogan can always be counted on to tell it like it is, and this situation with Adele is no different. 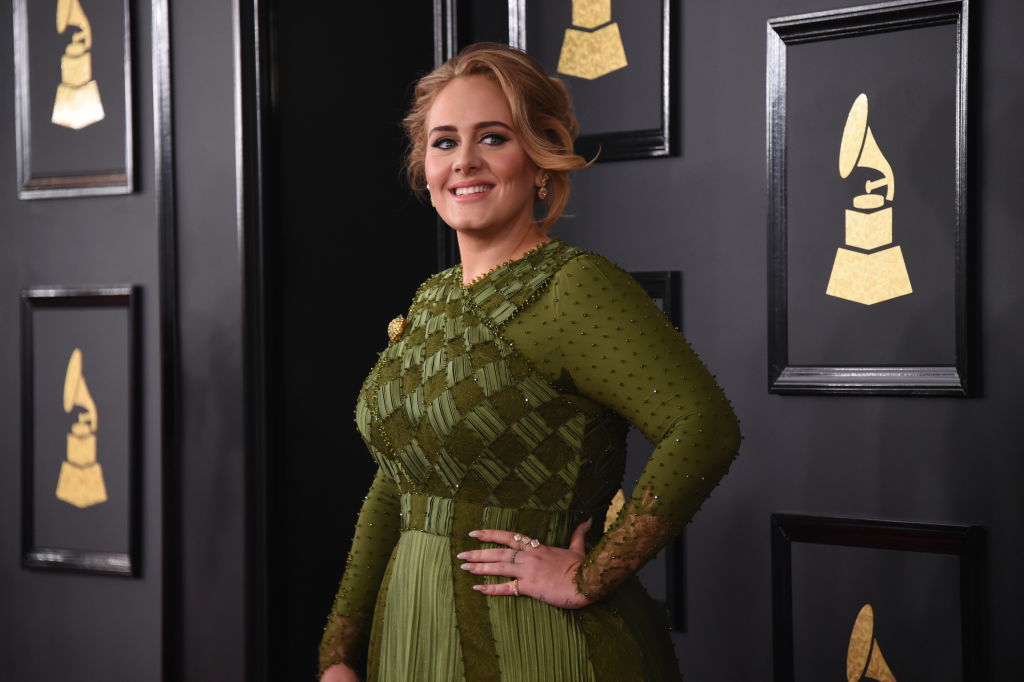 Thank you for the birthday love. I hope you’re all staying safe and sane during this crazy time. I’d like to thank all of our first responders and essential workers who are keeping us safe while risking their lives! You are truly our angels ♥️ 2020 okay bye thanks x

Earlier this month, Adele shared a photo on her Instagram which brought her far more attention than she was probably expecting. She wore a black mini-dress with long puff-sleeves, and she looked far thinner than we’ve ever seen her before. But the topic of the post had nothing to do with weight-loss. Instead, she used her birthday as an opportunity to thank first responders and essential workers of the pandemic.

However, most who saw her post paid little attention to her actual message. Instead, they were astounded by her changed body. The photo began to circulate around social media, and then news stories were written, drawing even more attention. Everyone seemed to have an opinion on Adele’s weight loss.

Not everyone appreciated Adele’s weight loss

RELATED: Adele’s Weight Loss and the Obsession Over Her Body Highlights Fatphobia

Although some wished Adele well and congratulated her on the weight loss, others weren’t so happy to see a smaller Adele.

“Please know that every time you make a big deal about someone’s extreme weight loss and act like it makes them the hottest person and so much better than before, you are communicating to your friends and any fat people and bigger people that they’d be better skinnier and smaller,” a journalist named Elly Belle wrote on Twitter.

“Please stop saying Adele had a “glow up” we have no idea what her health was/is like and this is just reinforcing the “skinny ideal” or the concept that the skinnier you get the prettier you get,” a fan Tweeted.

Chrissy Teigen commented on her post in a rather cryptic manner, “I mean are you kidding me,” she wrote, leaving her comments open for debate.

Since everyone was discussing Adele’s weight loss, it was only natural for Rogan, who often discusses current events on his podcast, The Joe Rogan Experience, to add his opinion.

“Why wouldn’t you want to applaud someone who did something that’s really difficult to do, and is now healthy?” he said. Rogan believes that it’s perfectly natural for people to congratulate Adele on her weight loss. He doesn’t understand why anyone would be upset by it, especially her fans.

After giving his initial opinion, Rogan expanded on the subject, explaining that some of her fans didn’t want to acknowledge her weight loss because it would reinforce typical beauty standards. But he seemed to have no patience for that kind of thinking.

“The only reason why anybody would want to fight against that,” Rogan said, “when so many people overwhelming think she looks better, is because they don’t want to look at themselves. It’s that simple, they don’t want to change. They’re trying to bully you into deciding they’re beautiful at 210 lbs.”

He then had a specific message for anyone who had fallen into that thinking. “If it’s pressure on you because other people look great, what do you do with that pressure? Do you decide to do better?”

Although Rogan had a good point that Adele fans should want her to be healthy, it’s also important to mention that Adele hasn’t commented on her weight loss to the public yet, or given us any idea how she feels about it. Until she does, it’s not really anyone’s place to comment on her body- good or bad.