Amazon and Blue Origin founder Jeff Bezos caught the internet's attention Tuesday – not so much because he flew into space, but because he wore a cowboy hat before and after doing so.

The billionaire, his brother and several others who gathered to celebrate after Blue Origin's historic manned launch on the New Shepard were seen wearing cowboy hats near the launch and landing site in West Texas. Live video footage of the launch and landing captured Bezos wearing his hat prior to takeoff and then putting it back on before exiting Blue Origin's crewed capsule after it touched down on Earth before 10 a.m. EST. 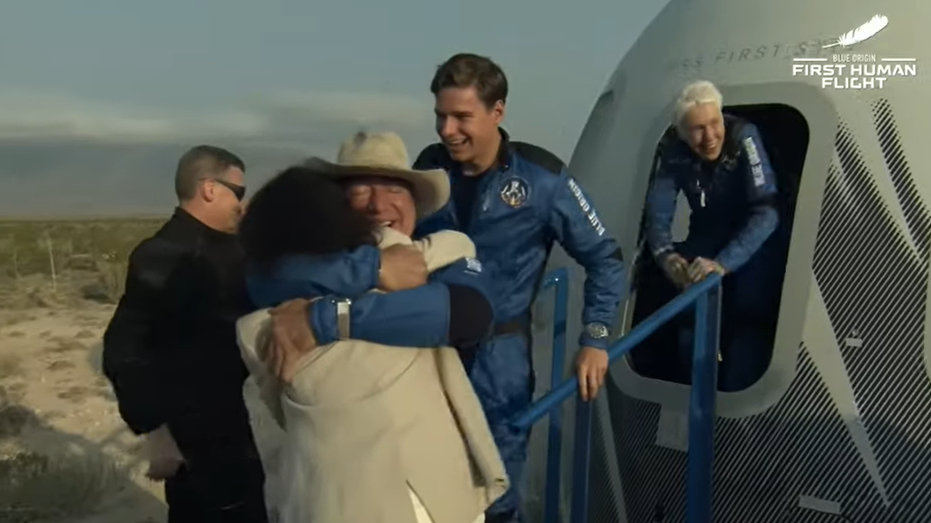