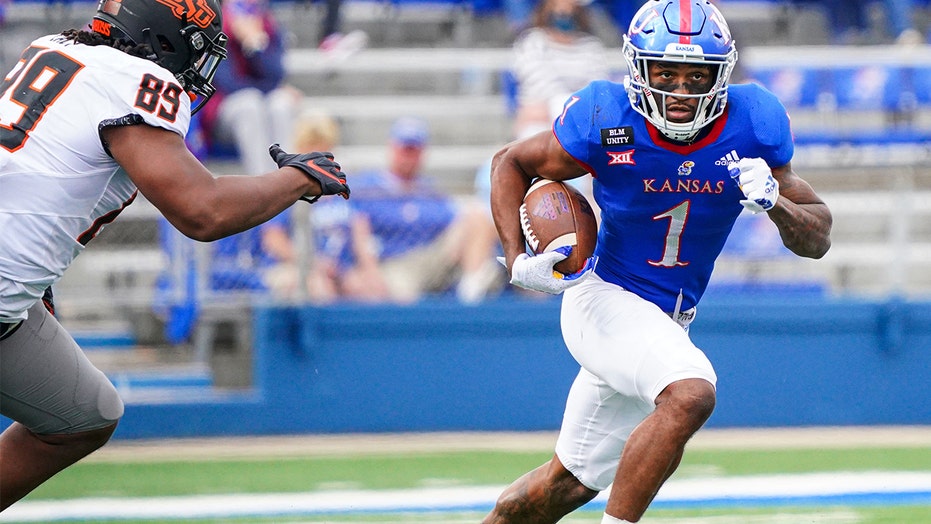 University of Kansas star running back Pooka Williams took to social media on Monday to announce that he would be opting out of the 2020 season as his mother battles “health issues.”

The Jayhawks junior issued a statement on Twitter confirming that he would be returning back home to Louisiana for personal reasons — just one day after being named Big 12 Special Teams Player of the Week.

“Today I made the very difficult decision to opt out of the rest of the season to be closer to my mother and family in Louisiana,” his statement read. “Family and health are the most important things to me. Right now I need to be with my mother, who is battling health issues.”

Williams did not offer any further details about his plans to return next season or if he intends to enter the draft.

"I want to thank coach (Les) Miles and everyone with the Kansas Football program for their commitment and understanding," he added. "I believe in the direction of Kansas football and what Coach Miles is building.”

Miles issued his own statement supporting Williams' decision to opt out.

"We fully support Pooka's decision to opt out of the season to be able to support his mother in person during this difficult time as she fights this battle," his statement read. “I'm proud of him for making this tremendous sacrifice to support his family and do what he believes is right.”

“We will be there for Pooka and his family in every way possible moving forward.”