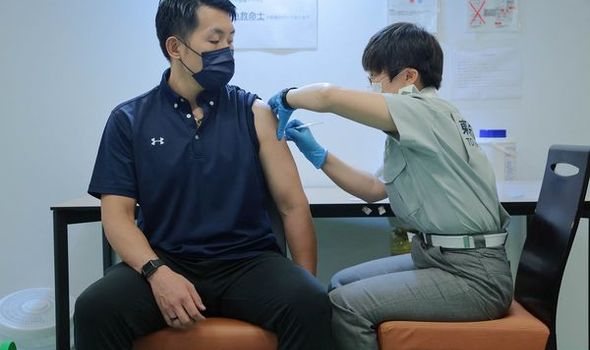 Some doses may have been administered although no adverse health effects have been reported, according to officials.

Takeda Pharmaceutical Co., a Japanese drugmaker in charge of sales and distribution of the vaccine, said they had suspended use of doses as a safety precaution.

The health ministry and the pharmaceutical company did not give details on the contamination or if the doses may have been distributed outside of Japan.

Reports of contamination also came from seven other vaccination centres, according to the Japan Times newspaper, with 39 vials – or 390 doses – found to have been affected.

“Moderna confirms having been notified of cases of particulate matter being seen in drug product vials of its COVID-19 vaccine,” Moderna said in a statement.

“The company is investigating the reports and remains committed to working expeditiously with its partner, Takeda, and regulators to address this.”

“We will do utmost in order to avoid any impact on vaccination progress, especially at worksites and large-scale centers,” Kato said.

He continued: “We have not received reports of health problems stemming from the foreign object.

“But we are asking people to consult their physicians if they experience any abnormality.”

This comes as Japan struggles with soaring cases of the virus.

Daily infections have new hit new highs in many parts of the country and have put the health care system under severe strain.

Japan relies on foreign-developed vaccines by Moderna as well as Pfizer and AstraZeneca.

Moderna has been in use across Japan since mid-June.

To date, more than 43 percent of the Japanese population have been fully vaccinated, with daily doses of around one million.

So far, the government has placed 13 of Japan’s 47 prefectures, including the capital, Tokyo, under emergency restrictions due to run until September 12.

Economy Minister Yasutoshi Nishimura said: “Critical cases have spiked suddenly and the medical system is in an extremely dire state.”

On Tuesday, the country reported 21,500 new daily COVID-19 cases and 42 more deaths across the country, according to the health ministry.

Japan’s case fatality rate stands at about 1.2 percent, compared with 1.7 percent in the United States and 2.0 percent in Britain.

According to reports, around 90 percent of Tokyo’s critical care beds are occupied as serious cases rise, forcing many people to convalesce at home, with some dying before they are able to get treatment.

Cases across the Japanese capital have soared following the Tokyo 2020 Olympics, with health experts describing the current situation as being at “disaster level”.

Many critics argued that the festive atmosphere created by the international sporting events lowered the public’s guard against the COVID-19 crisis.

The oxygen station has 130 beds and is staffed by two to three doctors and 25 nurses.