JAKE PAUL outworked and out-punched Tyron Woodley during his victory over the former MMA star.

The YouTuber won via split decision in Ohio and the stats show the 24-year-old deserved to be awarded the win. 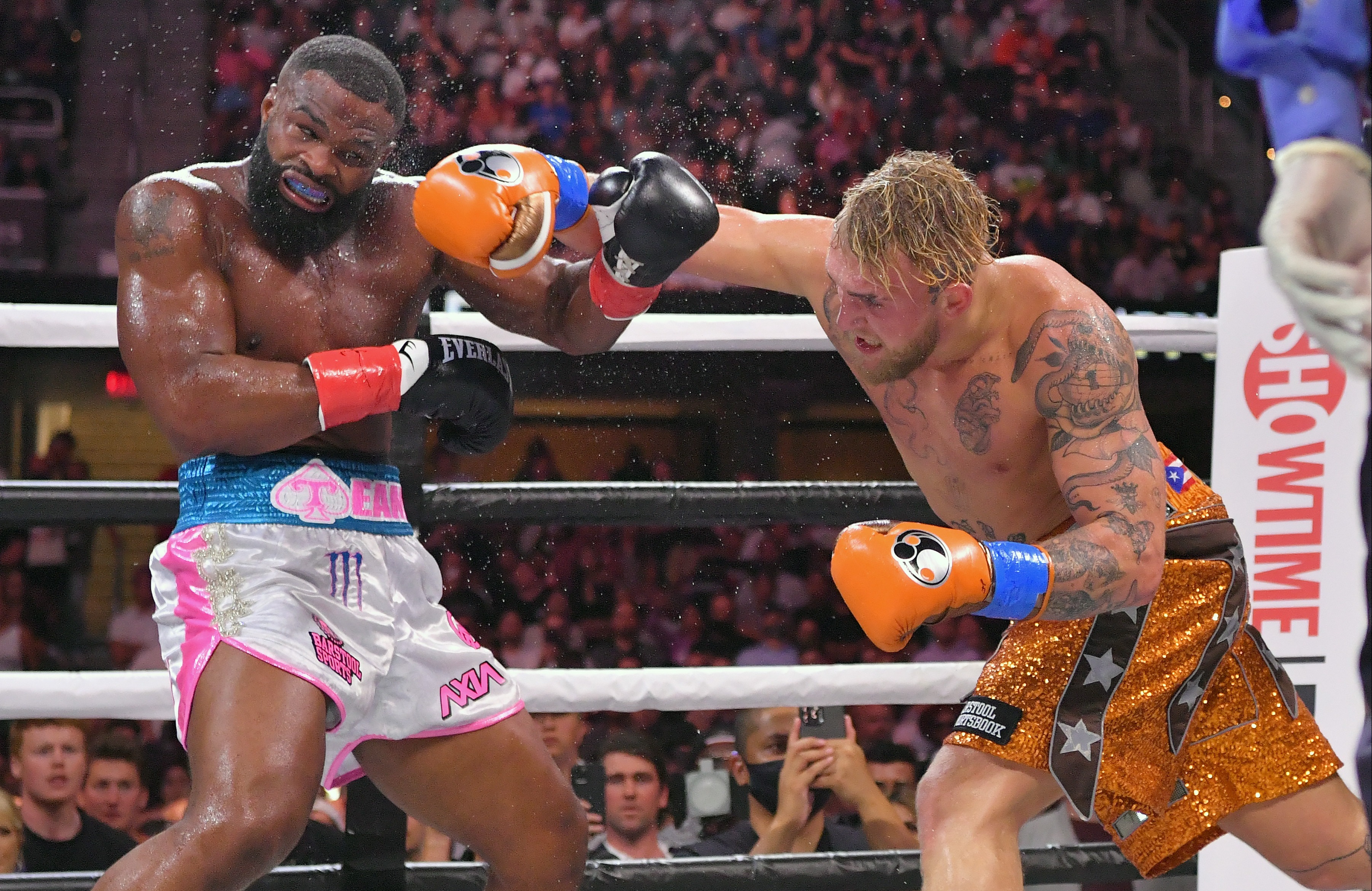 Woodley was furming afterwards and blasted one judge's decision to award him just two rounds as 'laughable'.

But the stats tell a different story.

Paul managed just 35 of 85 thrown but was more accurate with a 41 per cent success rate.

Despite his win, Paul suggested he might take a break from boxing to 'chill' and 'figure out who he is'.

Speaking after the contest, Paul was asked what's next and said: "Honestly, we'll see. I've been boxing for 18 months now.

"I haven't been to the dentist, I barely got my hair cut in the last two years.

"My teeth are crooked, my nose is crooked. I've dedicated the last 18 months to this. I haven't stopped,

"I think I might need to chill out for a second and figure out who I am. I'm only 24, I'm changing, I'm growing, I'm learning a lot.

"I'm going through ups and downs and I'm making mistakes. But I'm keeping my head straight and we'll see."

Despite Paul's apparent hesitance to return to the ring, Woodley demanded a rematch saying he won the fight.

The former MMA star blasted: "I feel like if that was the second biggest pay-per-view, then round two is gonna be bigger than that.

"I feel like I won the fight. I feel like Jake's a great opponent. That's why I came in great shape.

"The fact that one judge gave me two rounds is laughable. No disrespect, but f**k that [Tommy] Fury fight, me and Jake need to run that back."