The actress, her daughter Willow and mom Adrienne all bonded during the cleansing session on the ‘Red Table Talk.’

Jada Pinkett Smith made her daughter Willow and mother Adrienne Banfield-Norris burst into laughter while they steamed their private parts on the latest episode of Red Table Talk. The 49-year-old actress couldn’t resist oohing and making funny faces as she stooped over a bowl of hot water and herbs as part of a vaginal “cleansing” process.

The blonde said it felt “like a little tingle, tingle” during the June 9 episode of the Facebook Watch show, which featured an interview with wellness coach and author Queen Afua. 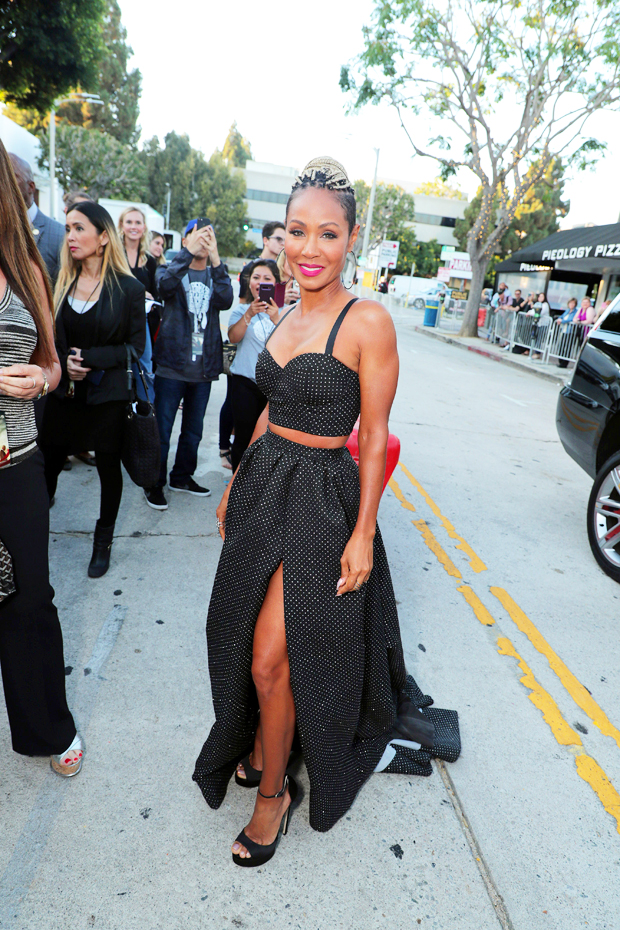 But, before the mother, daughter and grandma chatted with their guest, they each donned a lilac robe to test out the Goddess Detox vaginal steaming set. Despite saying “Jesus” when Jada told her that they were going to do the process on camera, Adrienne, 67, gamely sat on the bowl filled with hot water and herb teabags.

“This is real queen throne action right here,” Jada said during the steaming session, as you can see in the episode above. “This is what I love. Steaming is an ancient practice, which originated in Asia and Africa and it was originally used to cleanse yourself after you finishing menstruating.”

“I’ve read somewhere that vaginal steams are like an aphrodisiac,” she also added. However, the wife and mom said the practice had a deep meaning and that she loved the feeling of “spending time with your vagina to just show it appreciation and care.” 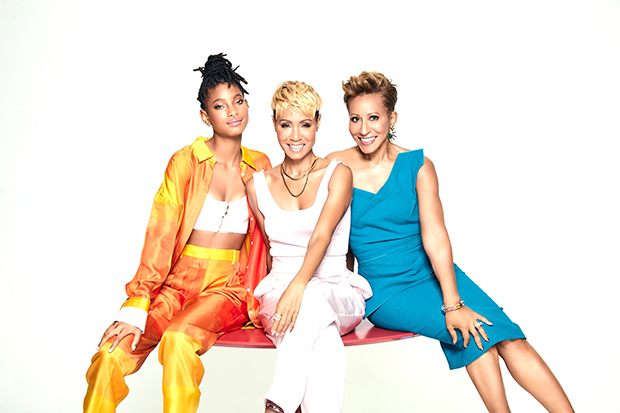 But the actress seemed prepared to face some backlash from Red Table Talk fans as they openly discussed steaming and appreciating their private parts. “I’m telling you right now, I don’t want to hear nothing about this show, it being TMI and all that,” she said. “Because if you can listen to all these little rap artists talk and abuse the vagina you sure as hell can watch women give it honor and praise and spend quality time. So I don’t want to hear it… I don’t really care because we have to change the narrative around the vagina and women have to take it back.”

Later the three women chatted with Queen Afua, the holistic author of the bestselling book Sacred Woman: A Guide to Healing the Feminine Body, Mind, and Spirit. Afua – who was born Helen Robinson – has a devoted following, especially among African-American women and celebs like singer Mya and actress Lauren London.

She encouraged Jada, Willow and Gammy to speak more openly, asking them, “If your vagina could speak, what would she say?” “She’d be like, ‘Girl, put me in the sunlight,’” Willow quipped. Jada was on board with that idea, saying that they’ll “do that next.”

For her, however, the Hawthorne actress felt that her vagina would be expressing “gratitude.” “I think that was the first time that I had a communion with her like that,” she said.

Asked by Queen Afua how her vagina was feeling, the mother-of-two offered a similar answer. “I’ve been on a very deep healing and I think she’s grateful for that,” Jada said. “She’s been very good to me because she was a vessel for this one [Willow] and for my other treasure, Jaden.”

You can see the full episode above or on Facebook Watch, which airs the Red Table Talk series.