Welcome to the pandemic! Mask-wearing medics greet the International Space Station crew as they return to Earth after 200 days orbiting the planet

Astronauts who have spent the past 200 days on the International Space Station have returned to Earth in the middle of the coronavirus pandemic.

The international crew of NASA and Roscosmos astronauts were met by face mask wearing doctors after landing safely in Kazakhstan at 06:15 BST on Friday.

Russian officials said they took stringent measures to protect the crew amid the pandemic including ensuring the recovery team had been tested for the virus. 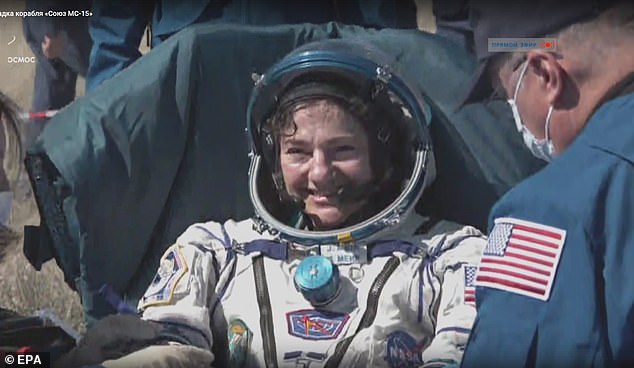 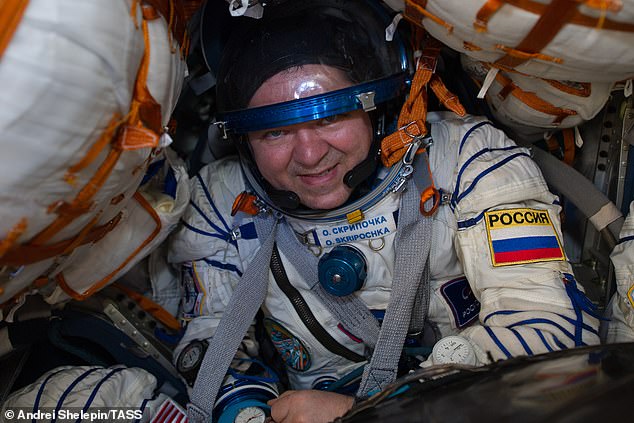 The Russian-made capsule landed under a striped orange-and-white parachute about 93 miles south-east of Dzhezkazgan in central Kazakhstan.

The recovery team and medical personnel assigned to help the crew out of the capsule and for post-flight checks had been under close medical observation for nearly a month, according to Roscosmos officials.

The space crew smiled as they talked to medical experts wearing masks.

Following a quick check-up, the crew will be flown by helicopters to Baikonur, from where Skripochka will be taken to Moscow, said Vyacheslav Rogozhnikov, a Russian medical official who oversaw the crew’s return.

Morgan and Meir will have to be driven from Baikonur to Kyzyl-Orda, 190 miles away, to board a flight to the US.

This is a strenuous and unusual journey for a crew used to zero-gravity but was made necessary by Kazakhstan’s quarantine measures.

The crew returned to Earth exactly 50 years after the Apollo 13 astronauts splashed down in the Pacific after an oxygen tank explosion aborted the moon-landing mission – as shown in the Tom Hanks film of the same name.

Morgan wrapped up a 272-day mission on his first flight into space which saw him make seven space walks, four of which were to improve and extend the life of the station’s Alpha Magnetic Spectrometer.

The spectrometer is used to look for evidence of dark matter in the universe.

Meir and Skripochka spent 205 days in space, with Meir carrying out the first three all-women spacewalks with her crewmate Christina Koch, who returned from space in February.

Speaking from the orbiting outpost before the return to Earth, the crew said that coming back to the world drastically changed by the pandemic will be challenging. 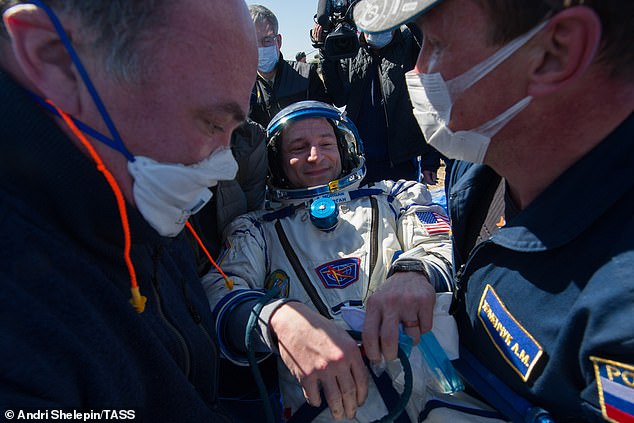 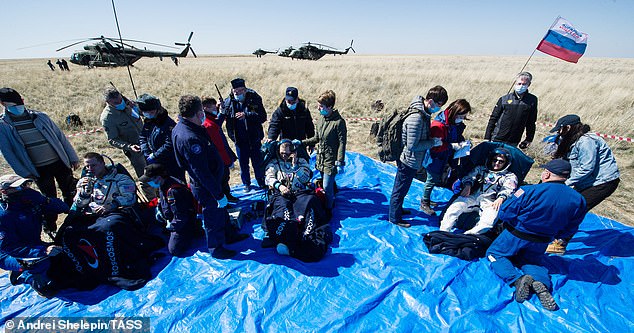 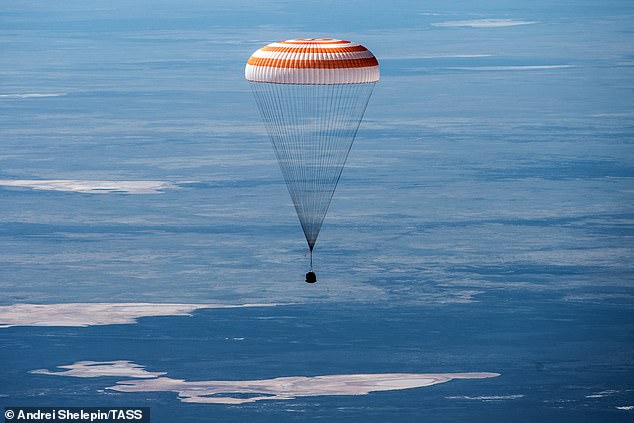 Morgan said the crew has tried to keep atop the coronavirus news, but added that it was hard to comprehend what was really going on.

‘It is quite surreal for us to see this whole situation unfolding on the planet below,’ said Meir.

‘We can tell you that the Earth still looks just as stunning as always from up here, so it’s difficult to believe all the changes that have taken place since both of us have been up here.’

A new crew comprising NASAs Chris Cassidy and Roscosmos’ Anatoly Ivanishin and Ivan Vagner arrived at the station on April 9.

They said before blast-off that they had been under a very strict quarantine for a month before the flight and were feeling good.

On Thursday, the Russian government coronavirus headquarters reported the first contagion at the Star City, which serves as the main hub for pre-flight training of US, Russian and other international crew members of the International Space Station.

The Star City also has residential quarters for cosmonauts and support staff.

WHAT IS THE INTERNATIONAL SPACE STATION?