In case you haven’t heard, the beloved Choco Taco is being discontinued after nearly four decades on the market.

This week, Klondike announced that Choco Taco production will come to an end this year after first launching in 1983.

Fans of the vanilla ice cream that's inside a hard taco shell with fudge, peanuts and a milk chocolate coating aren’t pleased, to say the least. 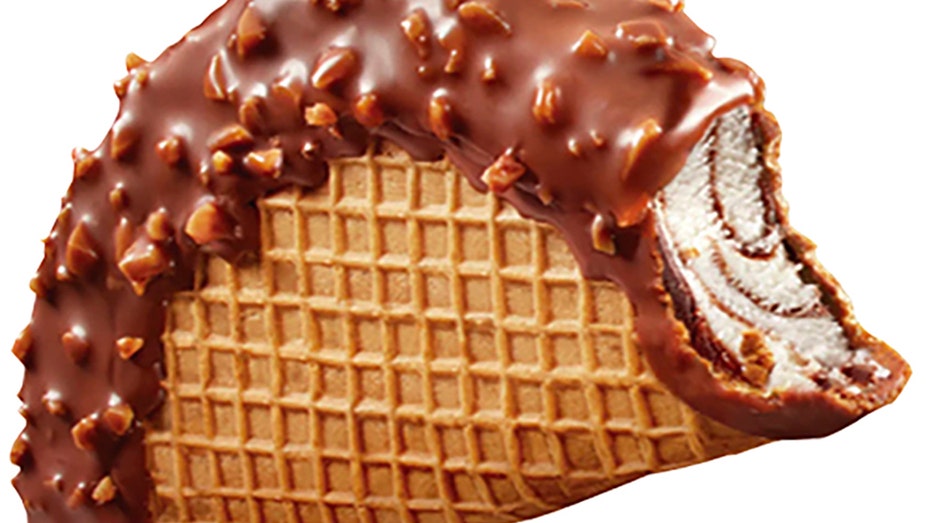 And after Klondike announced it’ll be discontinuing the Choco Taco on Monday, July 25, grocery delivery and pick-up platform Instacart has seen a massive spike in searches for the ice cream novelty with week-over-week searches growing by 30,000% on Tuesday, July 26.

"As an ice cream truck favorite, it’s no surprise that the news of the Choco Taco being discontinued nearly broke the Internet and ignited a movement for consumers to search for and enjoy their favorite childhood treat one last time," Instacart’s trends expert, Laurentia Romaniuk, said in a company press release.

"With the demand for Choco Taco growing significantly over the past few days, Instacart customers can use the Explore tab to easily search across all stores in their local area at once to find the nostalgic frozen treat."

NATIONAL ICE CREAM DAY 2022 IS SUNDAY: GET READY TO SNAG SOME SWEET DEALS

Though Romaniuk tells FOX Business that a wave of disappointment has fallen upon those who have a sweet tooth, she notes that consumers can still get their "fix" by stocking up on vanilla ice cream, chocolate or chocolate syrup and either waffle cones or ingredients to make homemade waffle cone taco shells.

"If making your own Choco Taco doesn’t seem appealing, you can discover other frozen ice cream waffle cone products from the freezer section, easily discoverable and searchable via Instacart," she said.

"Additionally, with nostalgic summertime treats currently having a viral moment during the peak of summer, this could also be a jumping off point for other ice cream truck favorites resulting in a frozen dessert renaissance."

For now, fans may be savoring every last bite of the Choco Taco stockpile they have stored in their freezers.