A record seven Indigenous authors and illustrators have been shortlisted from a huge year of entries for this year's Children's Book Council of Australia awards.

Bruce Pascoe's Young Dark Emu: A Truer History leads contemporary Indigenous perspectives on universal themes of identity and place, while three of the six books shortlisted in the award category of new illustrators are by Indigenous creators published by Broome-based Magabala Books. 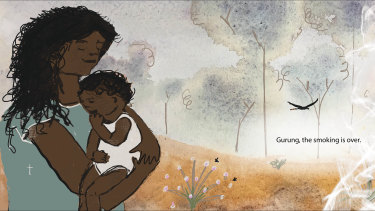 According to CBCA's national chair, Professor Margot Hillel, Indigenous publishers like Magabala are bringing fresh, accessible stories to readers while explaining the customs and symbols of Indigenous Australians.

Winners will be announced later this year when the CBCA launches Book Week, with the theme of Curious Creatures, Wild Minds. 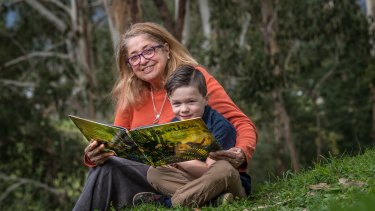 Running for almost 80 years, the CBCA shortlist is considered a pointer to quality book reads.

Aunty Joy Murphy and Lisa Kennedy, whose collaboration Welcome to Country was a 2017 children's picture book notable, impressed judges again with their "breathtakingly beautiful tribute to the Yarra River". Readers are introduced to the Woiwurrung language and its words for the flourishing riverside flora and fauna in Wilam: A Birrarung Story, co-authored by Andrew Kelly.

Lisa Fuller, a Wuilli Wuilli woman from Queensland, has delved into her rich heritage to inspire her shortlisted young adult novel, Ghost Bird. Baby Business by Jasmine Seymour is the story of a smoking ceremony and blessing in which a new baby is welcomed to Country.

Cooee Mittigar, illustrated by Leanne Mulgo Watson and written by Seymour, is a guide to reading the Darug seasons around the Hawkesbury River region. Both Seymour and Watson are Darug women and Seymour is a descendent of Yarramundi, the Boorooberongal elder who had met Governor Phillip on the banks of the Hawkesbury River in 1791.

Cooee Mittigar evolved from Seymour and Watson's collaboration on the development of a Darug seasonal calendar, as part of a Darug language revival project. "Cooee Mittigar is a call for everyone to remember that Sydney always was and always will be an Aboriginal place," Seymour said. "This book is enormously important to me. Every step taken on Darug Country is part of a song that is embedded in the Aboriginal geography of this place."

Cooee Mittigar is Watson's first book: "I always wanted to create books to share our knowledge, as education is the key to our culture staying strong."

Magabala publisher Rachel Bin Salleh said there was a growing appetite in Australia and globally for Indigenous children's stories.

Some of Australia's favourite children's storytellers also appear in the shortlist including Emily Rodda with The Glimme (book of the year for younger readers); Tohby Riddle with Yahoo Creek: An Australian Mystery (Eve Pownall Award) and Frances Watt's My Friend Fred (picture book of the year).

Now more than ever, young people need "relatable and inspiring characters and stories that uplift and entertain, bring them hope and help them to find a way through issues they face in their daily lives and in the wider world", Professor Hillel said.

THE 2020 BOOK OF THE YEAR SHORTLIST

BOOK OF THE YEAR: OLDER READERS

How It Feels to Float, Helena Fox, Pan Macmillan Australia

When the Ground is Hard, Malla Nunn, Allen & Unwin

This Is How We Change the Ending, Vikki Wakefield, Text Publishing

BOOK OF THE YEAR: YOUNGER READERS

BOOK OF THE YEAR: EARLY CHILDHOOD

When Billy Was a Dog, Kirsty Murray, illustrated by Karen Blair, Allen & Unwin

PICTURE BOOK OF THE YEAR

THE CBCA AWARD FOR NEW ILLUSTRATORS

Louie and Snippy Save the Sea, Grant Cowan, Berbay Publishing