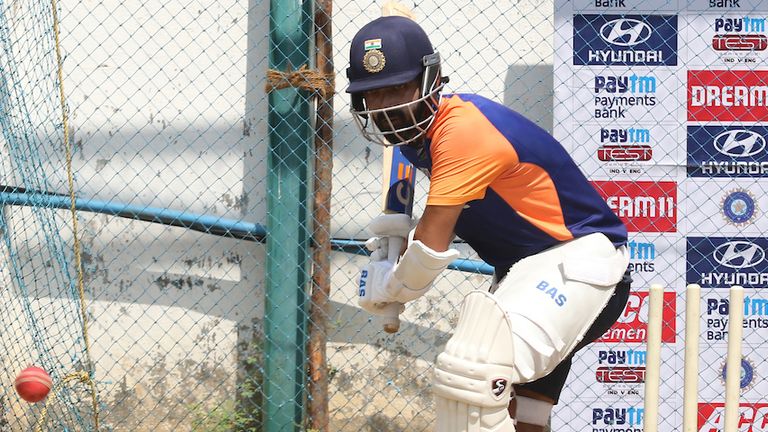 India’s Ajinkya Rahane has predicted the pitch in Chennai will spin hard and early in the second Test against England.

The hosts are returning to the site of their 227-run thrashing by England in the previous match, a result built around the tourists’ big first innings.

The ball did not begin to turn dramatically until after England had piled up 578 and put 190.1 overs of wear into the surface.

Ravichandran Ashwin took 6-61 when conditions became more helpful in England’s second innings and vice-captain Rahane expects an even livelier track this time around.

The #INDvENG Test starts on Saturday & pitch preparations are close to complete in #Chennai… pic.twitter.com/h5RK0qbFWN

“It looks completely different. I am sure it will turn from day number one,” he said.

“The first two days [of the previous Test] there was nothing for our spinners and fast bowler. There was nothing on that wicket. If you see the ball is turning and the opposition is under pressure then we are not too concerned about how our spinners are bowling and I am sure we will come out with a plan. “You have to wait and see how it plays in the first session and take it from there, but we have to forget what happened in the first Test. We know these conditions really well and we have to put our best foot forward: that’s it.”

Rahane once again offered skipper Virat Kohli his full support, having been touted as a potential successor after leading a series win in Australia while deputising.

Invited to comment on the issue, he added: “There are moments when you don’t have that energy but that doesn’t mean it has happened because of change in captaincy. As I have said, Virat is our captain and will remain captain.”

Follow live over-by-over text commentary of the second Test between India and England from 3.25am on Saturday morning on the Sky Sports App and skysports.com