AC MILAN striker Zlatan Ibrahimovic is reportedly ready to leave the club just three months after rejoining over a string of decisions made by the Serie A side.

The 38-year-old signed for the Rossoneri in January on a six-month deal, but his second spell could already be coming to a swift end. 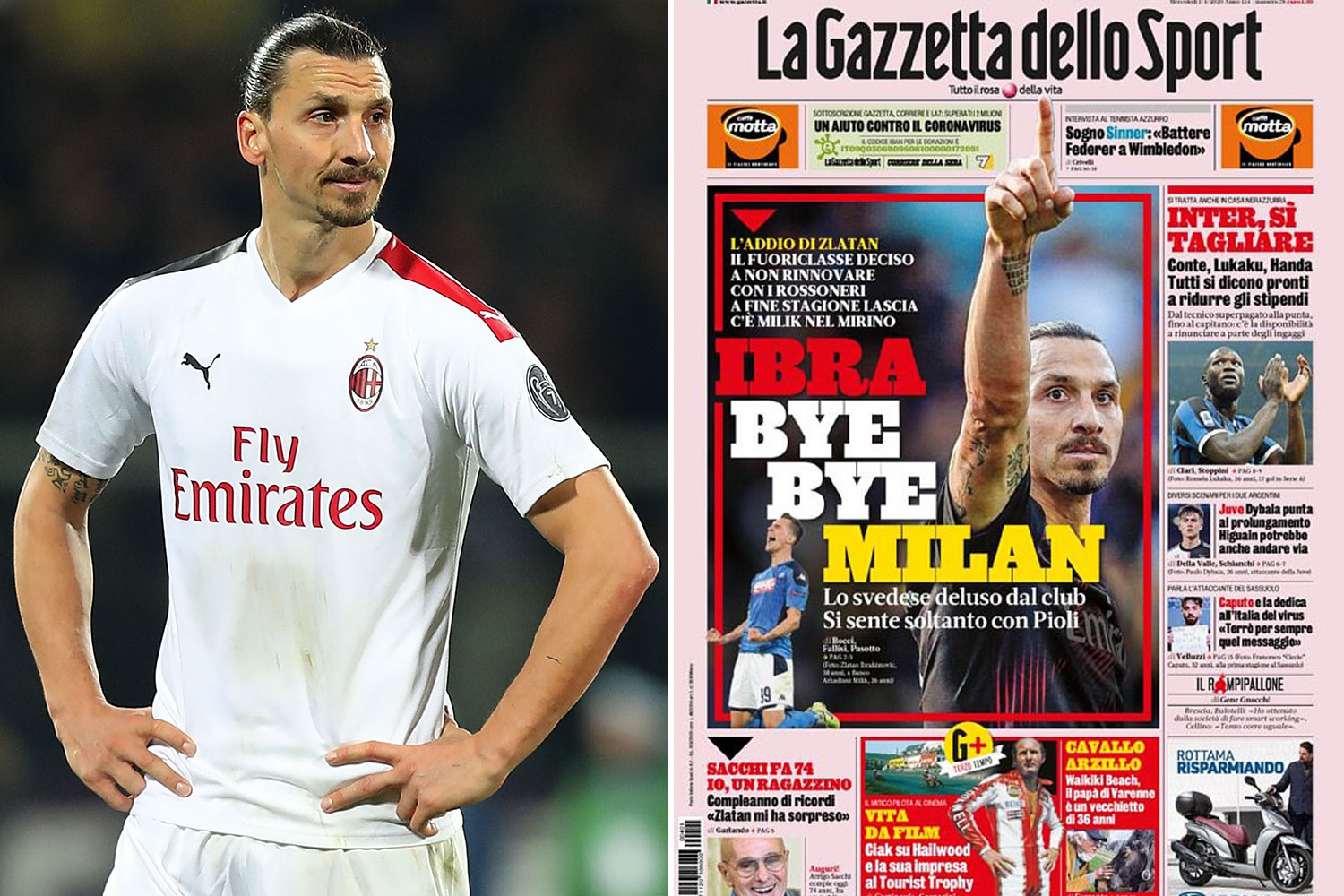 According to La Gazzetta dello Sport, the Swedish maverick has been left unhappy by the club sacking chief football officer Zvonimir Boban.

Boban had been instrumental in bringing the striker back to the San Siro, and the ex-Barcelona forward is now said to be worried that Paolo Maldini could lose his job.

The report adds that Ibrahimovic is of the belief that former Arsenal chief Ivan Gazidis – now executive at Milan – could wield the axe on club legend and technical staff member Maldini.

After being removed from his position, Boban hit out at Gazidis after he accused him of contacting former RB Leipzig boss Ralf Rangnick about taking over as Milan manager next campaign.

He said: "Not even warning us was disrespectful and inelegant. It was not the Milan style.

"At least not what we remembered the Milan style as being. The way I see it, unity means sharing, unity means respect.

"At the end of the day, we need that approach, it is the only way to work and feel good.

“We’ve already talked to Gazidis. For the good of Milan, it is certainly necessary that a meeting with the ownership happens as soon as possible.”

Milan have the option to extend Ibrahimovic's deal by another 12 months, but there have been claims that the player could retire from football and become an agent alongside Mino Raiola.

And with Ibrahimovic currently in lockdown in his native Sweden, the player could have played his last match for Milan due to the coronavirus pandemic.

The striker – who has netted four goals in ten games since rejoining the club – decided on Italy after almost joining Leeds in the winter transfer window.