Victoria’s anti corruption watchdog has cleared police of using excessive force during a botched raid at a gay bookshop that left an innocent man with catastrophic injuries.

The Independent Broad-based Anti-corruption Commission's long awaited report into the incident, released on Thursday morning, found that police acted lawfully and did not use "disproportionate" force in restraining the man while arresting him. 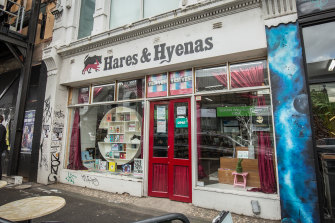 Melbourne man Nik Dimopoulos was mistakenly arrested by police in May last year, during a terrifying ordeal at the Hares & Hyenas bookstore in Fitzroy that resulted in his shoulder being “ripped from its socket”.

Mr Dimopoulos, an event promoter, was sleeping in an apartment above the bookshop when he was woken by the sound of unfamiliar voices.

Not realising the “intruders” were police – who had mistakenly believed an armed offender was inside the store – Mr Dimopoulos attempted to flee to the street outside.

As members of the Victoria Police’s Critical Incident Response Team (CIRT) tackled him to the ground and arrested him, Mr Dimopoulos’ shoulder was ripped clean from its socket and several bones in his arm were shattered.

However, IBAC's report into the incident found that “the force used by police in restraining Mr Dimopoulos was not disproportionate to the officers’ objective of arresting Mr Dimopoulos”.

“The police involved reasonably believed such force was necessary to arrest a person who was struggling with police,” said IBAC Commissioner Robert Redlich.

However, IBAC did find that Mr Dimopoulos’ “human rights were impacted”, as the officers involved did not advise him of the reason for his arrest, make him aware of his rights, or officially release him from custody – which is required under Victoria’s Charter of Human Rights and Responsibilities.

Mr Dimopoulos told The Age on Thursday that he was “bitterly disappointed and angry about these contradictory and unjust findings". 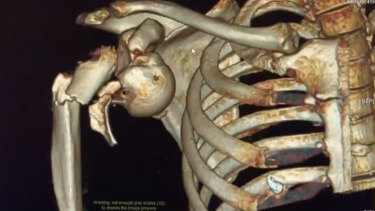 “I am at a loss as to how IBAC could come to these conclusions,” he said.

His lawyer, Jeremy King from Robinson Gill lawyers, described IBAC’s findings as a “galling decision that sets a dangerous precedent for policing in Victoria”.

“The Victorian community should be outraged. It is yet another example of the under-resourced and broken police complaints system,” he said.

Victoria Police Assistant Commissioner of Professional Standards Command, Russell Barrett, said the report found that officers had acted lawfully, but added: “There are no winners in this situation.”

“We have a man who was involved in a highly distressing situation and was injured during the arrest. We have already apologised for the emotional and physical impact this incident had on the man and will continue to offer him and his community our full support,” he said.

“For someone to be injured during an interaction with police is not the outcome our members want or expect when they start their shift. That is why we apologised to the man so early on and we would do the same thing if we had our time over.”