SHANNON COURTENAY was left distraught in Liverpool as she lost her bantamweight title fight to Jamie Mitchell on Saturday night. 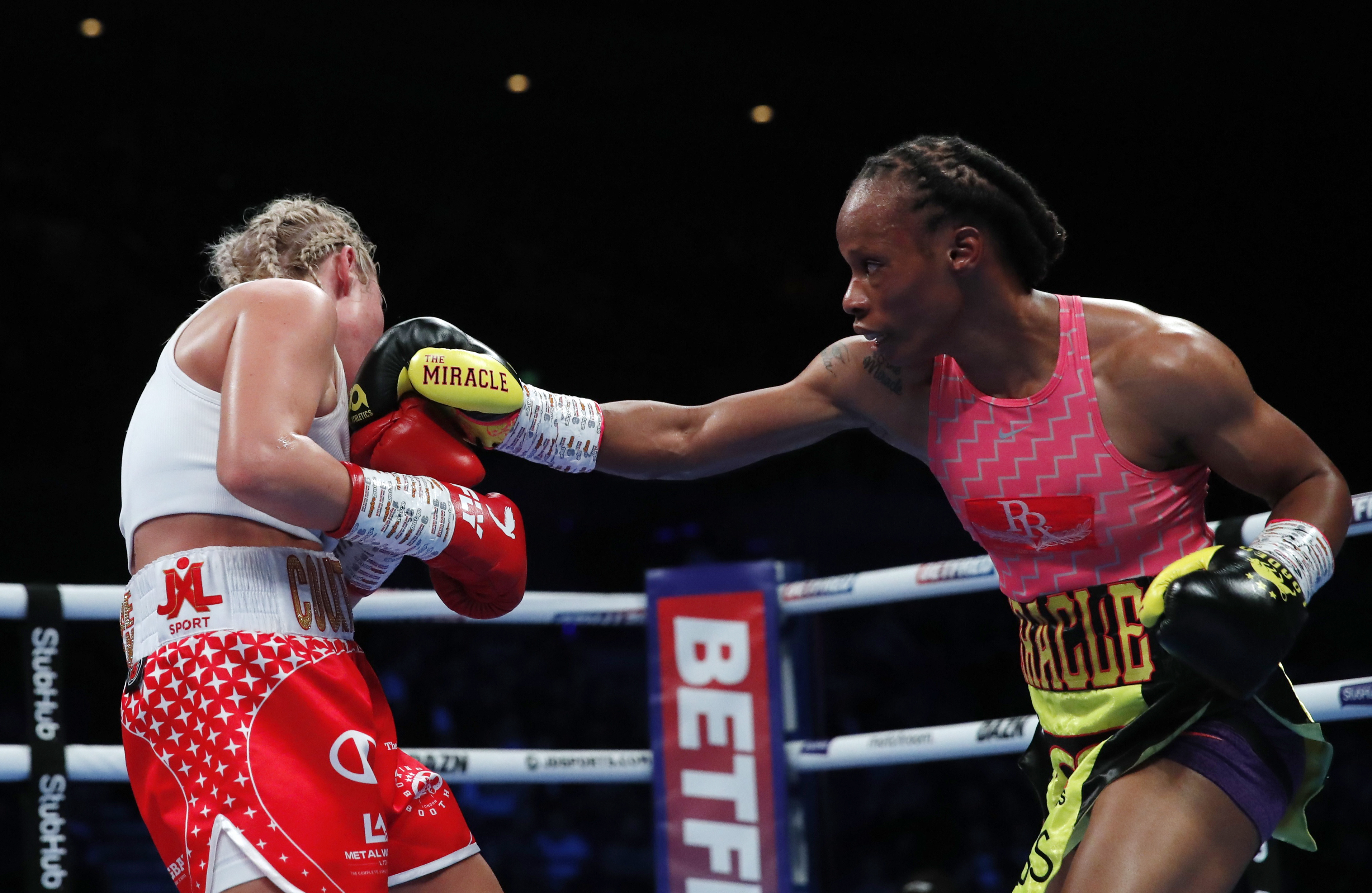 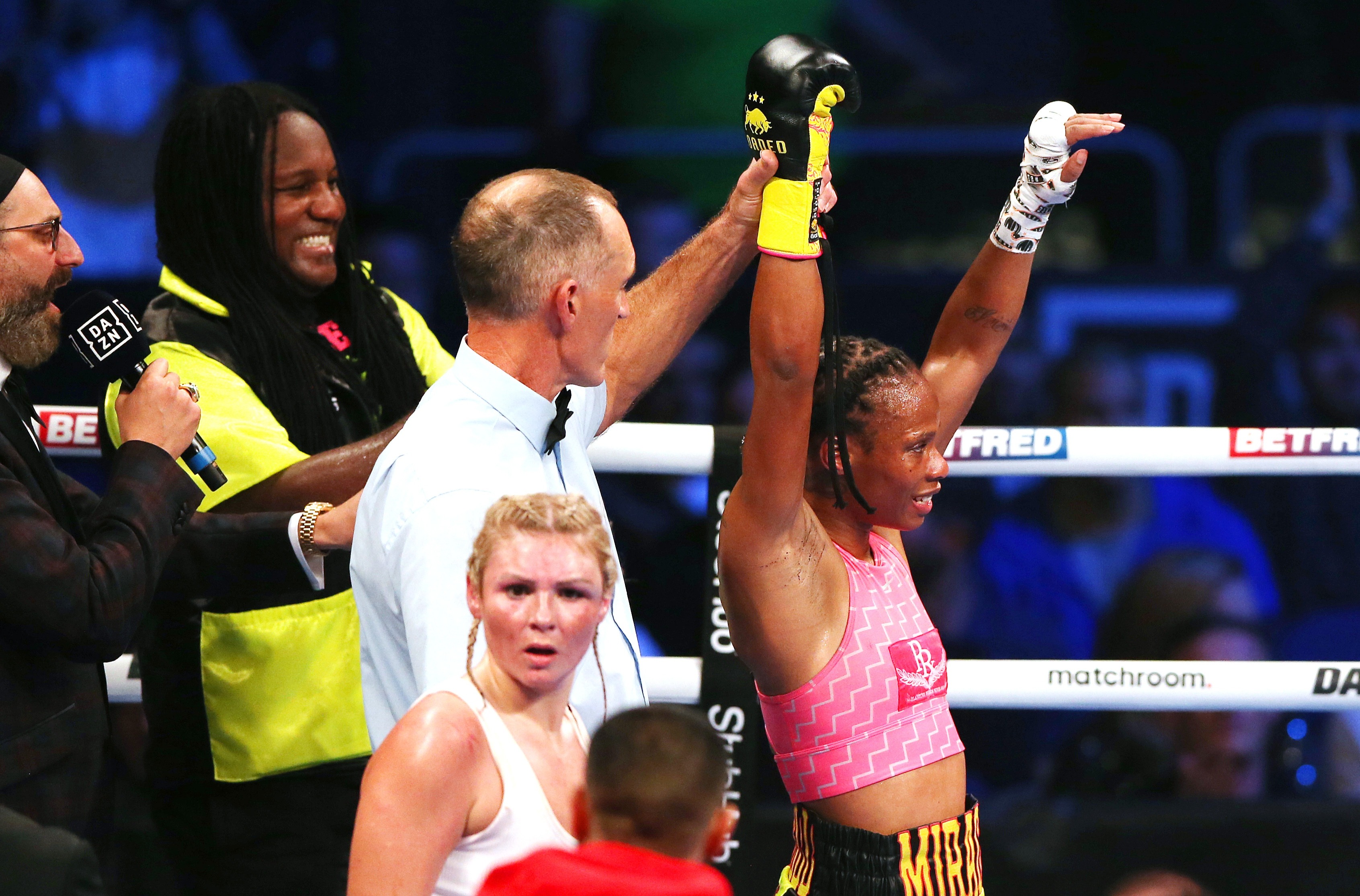 Watford fighter Courtenay missed the 118lb limit by 2.5lbs at the weigh-ins on Friday, losing her WBA title on the scales in the process.

Courtenay, 28, explained her period was the reason she missed weight, having apparently been spot on with it all week.

On Saturday night, she was unable to assert her authority in the ring and was thoroughly outboxed throughout by a very game Mitchell.

Despite the one-sided nature of the fight, Courtenay looked shocked as her opponent was announced the winner.

Moments later, the dismayed fighter said: " "I thought I won the fight, I landed the much heavier shots.

"I don't see how I lost, but I have to pay respect to her, she's now world champion.

BETTING SPECIAL: GET 30/1 ON FURY OR 50/1 ON WILDER FOR HEAVYWEIGHT BOXING CLASH

"That belt ain't gonna be on her waist for long.

"I've got a rematch and I'm gonna get it back."

Mitchell, 36, was equally bullish after earning her strap.

The new champ roared: "She said she would take me to deep waters and drown me.

"She took me to deep waters and I swam like an Olympian." 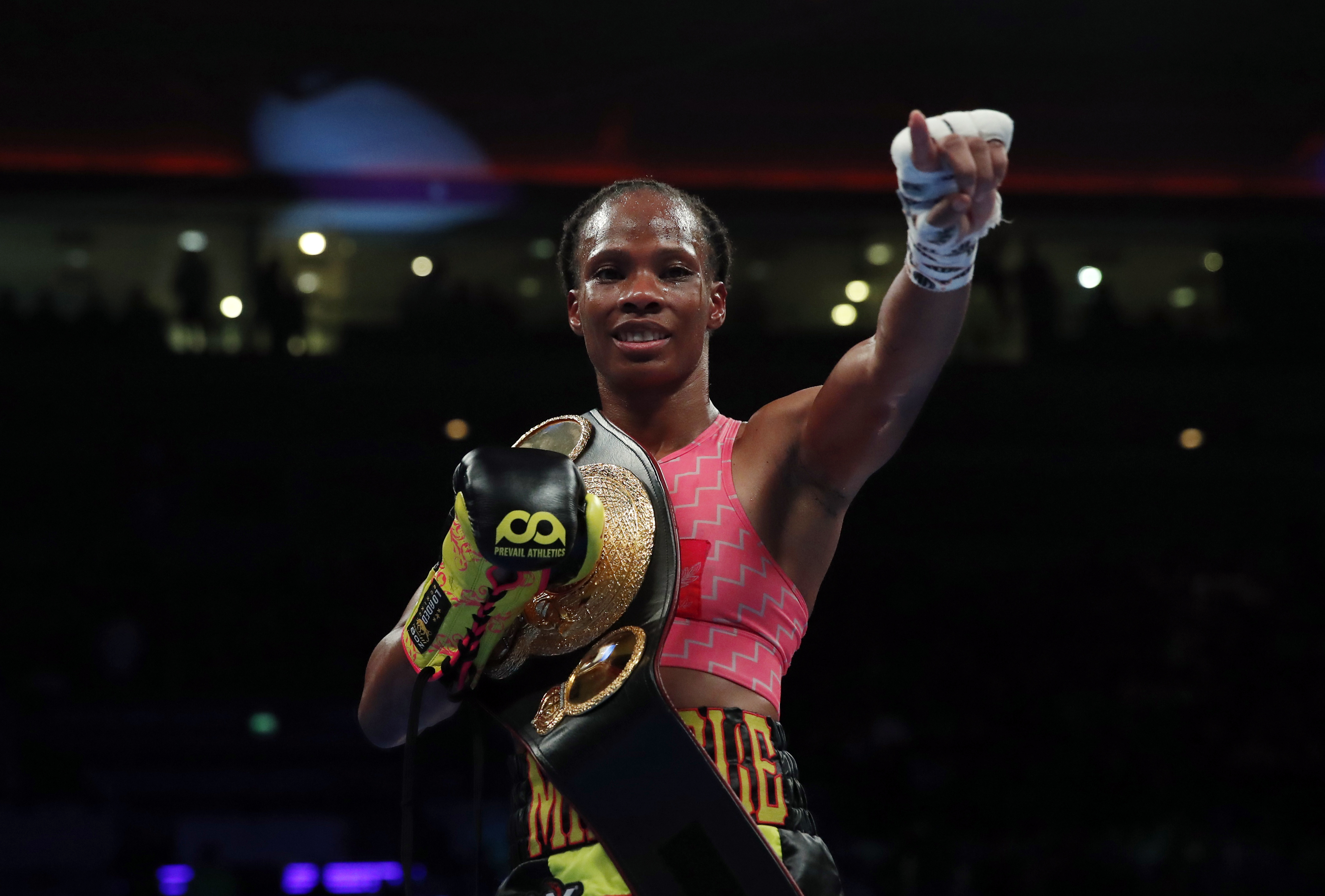