Wolverine has his claws out to defend Meghan and Harry.

“X-Men” star Hugh Jackman posted a video on Instagram Monday in which he lauded the royal couple’s honesty and “courage” during their Sunday interview with Oprah Winfrey.

“I recommend Oprah’s interview with Meghan and Harry, which Deb [wife Deborra-lee Furness] and I, and millions of people around the world, watched last night with astonishment,” said the 52-year-old actor.

“Because there we were, watching an incredibly high-profile woman and her husband, speak so openly, courageously, honestly, with such dignity about the hardest time in their life and their cry for help.”

In the video, Jackman mentioned that he sits on the board of Gotcha 4 Life, an Australian-based organization that deals with the issues of mental health and suicide.

“Last night I thought everyone needs to see this, because it is such an incredible example to never worry alone. Seek help, and if you’re not getting help where you’re looking for it, keep looking,” he added.

“And I just want to say thank you, Meghan, thank you, Harry, for your courage,” he said. 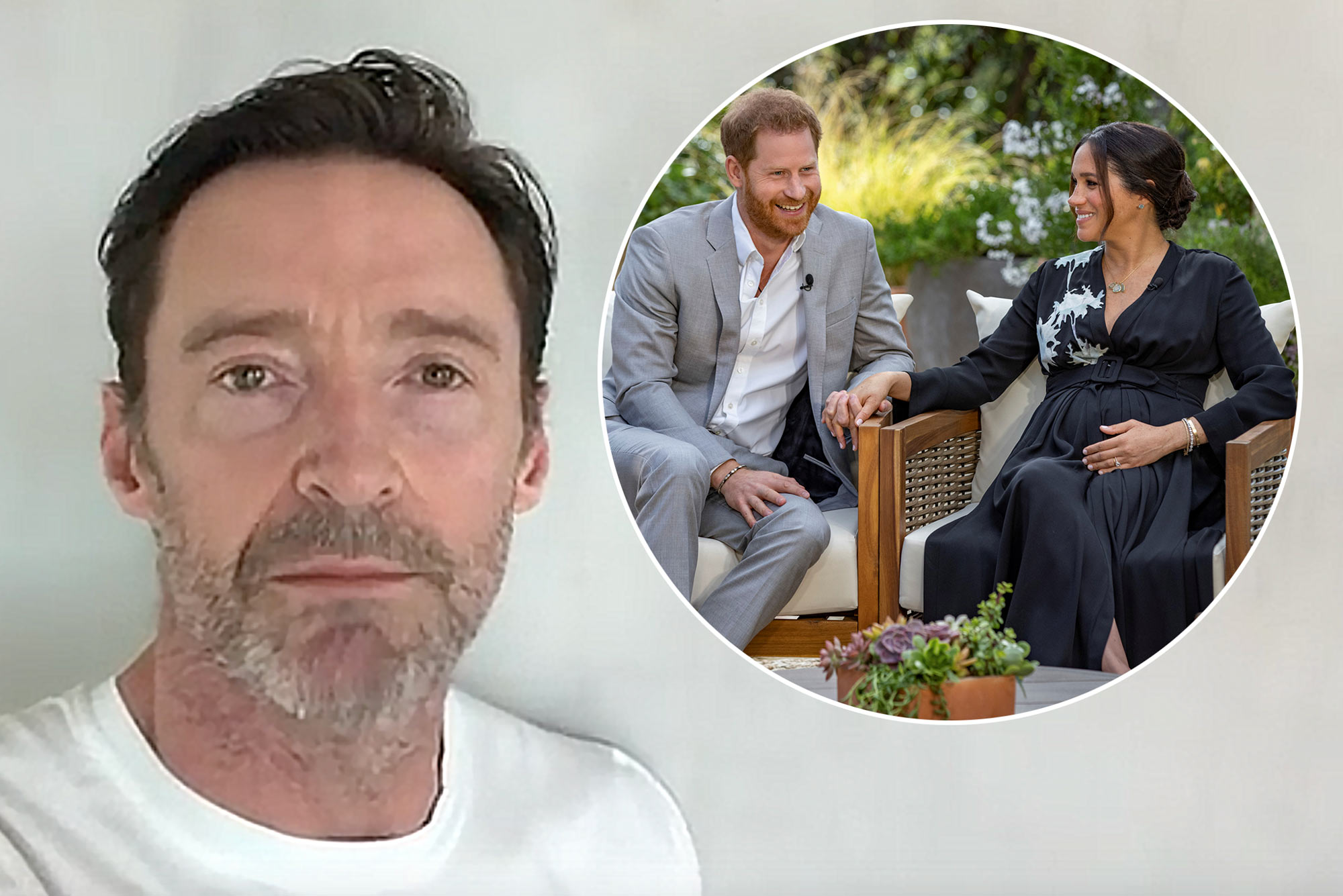 On Sunday night Markle tearfully revealed that she had contemplated suicide while pregnant with son Archie, due to the pressures of dealing with life as a royal and the treatment she received from the British media.

“I just didn’t want to be alive anymore,” the emotional Cuchess, 39, told Winfrey.

“Were you thinking of harming yourself? Were you having suicidal thoughts?” Winfrey asked.

She said she was scared to tell her husband Prince Harry but eventually did.

“I knew that if I didn’t say it that I would do it,” she said. “And that was a very clear and real and frightening constant thought.

Markle claims she asked the Palace for help but was rebuffed because because it “wouldn’t be good for the institution.”