The duo also detailed how their romance blossomed off-screen, while it was forming on-screen.

In the Disney+ series, Rodriguez and Serafini play Carlos Rodriguez and Sebastian “Seb” Smith, respectively. While speaking with TooFab, the actors — who are also dating in real life — reflected on their characters’ monumental storyline. 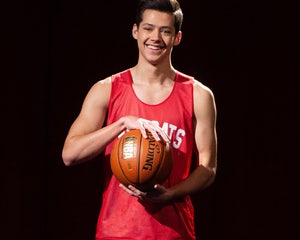 HSMTMTS Star Matt Cornett On E.J. Landing Role of Gaston in Beauty and the Beast (Exclusive)

“It’s unreal. It’s surreal that we get to be the people to tell this story and to be the representation that we didn’t get to see growing up,” began Serafini, 23. “I feel like it’s necessary and so important and I really loved the way that the show has been handling it. And working with [Rodriguez] is always just a dream.”

The pair also shared how LGBTQ+ fans have responded to Carlos and Seb’s romance.

“One of the amazing things about social media is that you have a direct connection with the people who are watching the show and you’re getting to see in real time how people are connecting to the show and the characters,” explained Rodriguez, 21. “I think one common one that I’ve gotten that I have always appreciated is the ones that are just like, ‘[Your] characters gave me the confidence to be myself or to come out to my family.’ And that’s just like, wow. That’s when you sit back and you see the impact of these characters and what the show is doing. And so those are always the ones that make me happy.”

“People say that our characters saved them. That is just wild to me,” Serafini added. “I don’t want to put too much pressure on us, but it’s really beautiful that they find so much comfort in our show and our characters.” 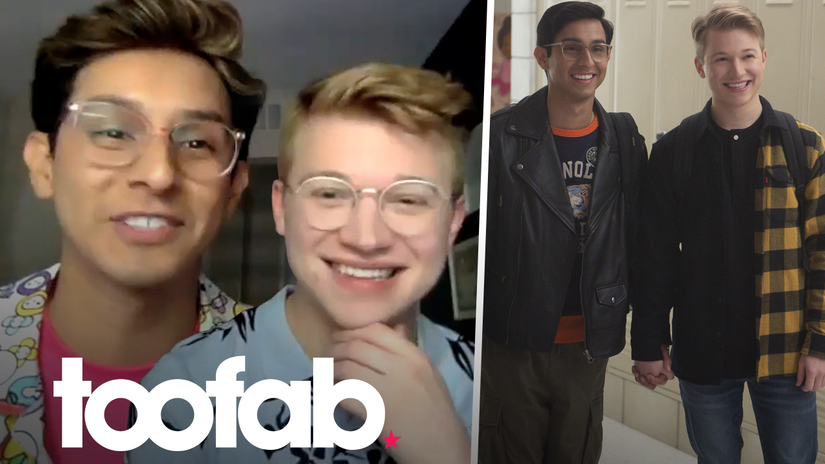 The duo also detailed how their romance blossomed off-screen, while it was forming on-screen.

“Oh my gosh. Well, I think on the first day I worked with Joe, they put him on the piano,” Rodriguez recalled. “And he was playing some musical theater stuff when the cameras weren’t rolling. And I was like, ‘Oh, that’s it. I’m done. I’m in trouble.’ I just knew I was going to have a crush on him. I was like, ‘Ah, this can’t happen!’ I mean, he’s so sweet and nice. We kind of just started off as friends and then, you know, here we are.”

As for Serafini, he jokingly admitted that he was “a little scared” of Rodiguez at first.

“He’s so confident and funny. If he’s in the room, everyone’s just laughing and having a good time,” he explained. “So I was just sort of intimidated at first, but then we got to know each other — like he said — and it was like, ‘Oh, okay. I think we have a good relationship here.'”

Episode 5, titled “The Quinceañero,” sees Seb (Serafini) and the East High drama club throwing Carlos (Rodriguez) a surprise “quinceañero” for his birthday, which, of course, flips the traditional gender roles. 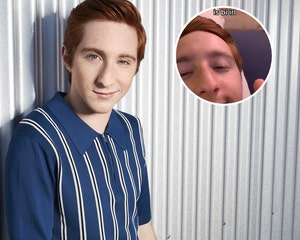 “I feel like we check off so many boxes of representation in that one episode,” Rodriguez said of filming the episode. “I think it’s so special and the way that it’s done and handled. It’s not just about Carlos … especially like, Seb, the way that he’s featured in the episode, it’s just, it’s really powerful. And I loved it. My favorite part of filming the episode was just being together with everybody. It was kind of our first time back together after our unplanned shutdown. And I just remember we were at an actual farm, it was freezing and we were all just huddled around this little fire.”

“I mean, those are just the things that you’ll remember forever,” he continued. “As weird as it was, I would love to go back and relive that moment.”

During the party — spoiler alert! — Seb sings a touching rendition of Miley Cyrus’ “The Climb” to Carlos. Serafini described the performance as a “beautiful moment for the characters.”

“It was a wild experience,” he recalled of shooting. “…To tell those stories and to sing that song and, you know, in that context for Seb and Carlos of identifying Seb’s climb if you will and figuring out who he is and how he identifies. It is a journey, especially in high school, figuring out who you are and who you want to love. That’s a climb!”

“It’s a really beautiful moment for the characters,” he added. “And I’m so glad that we had that opportunity to do that.”

When asked if Rodriguez was in the studio when he recorded the song, Serafini revealed, “No, I actually wanted it to be more of a surprise for Frankie. So I tried to practice it whenever he wasn’t around. No, he was not in the studio. I was just there alone, but doing it actually on-camera, he was there. So that was cool.”

Meanwhile, Rodriguez and Serafini also chatted about their co-star Olivia Rodrigo’s debut album, “Sour.” See what they named as their favorite songs on the album — as well as more from the duo — in the full interview, above!