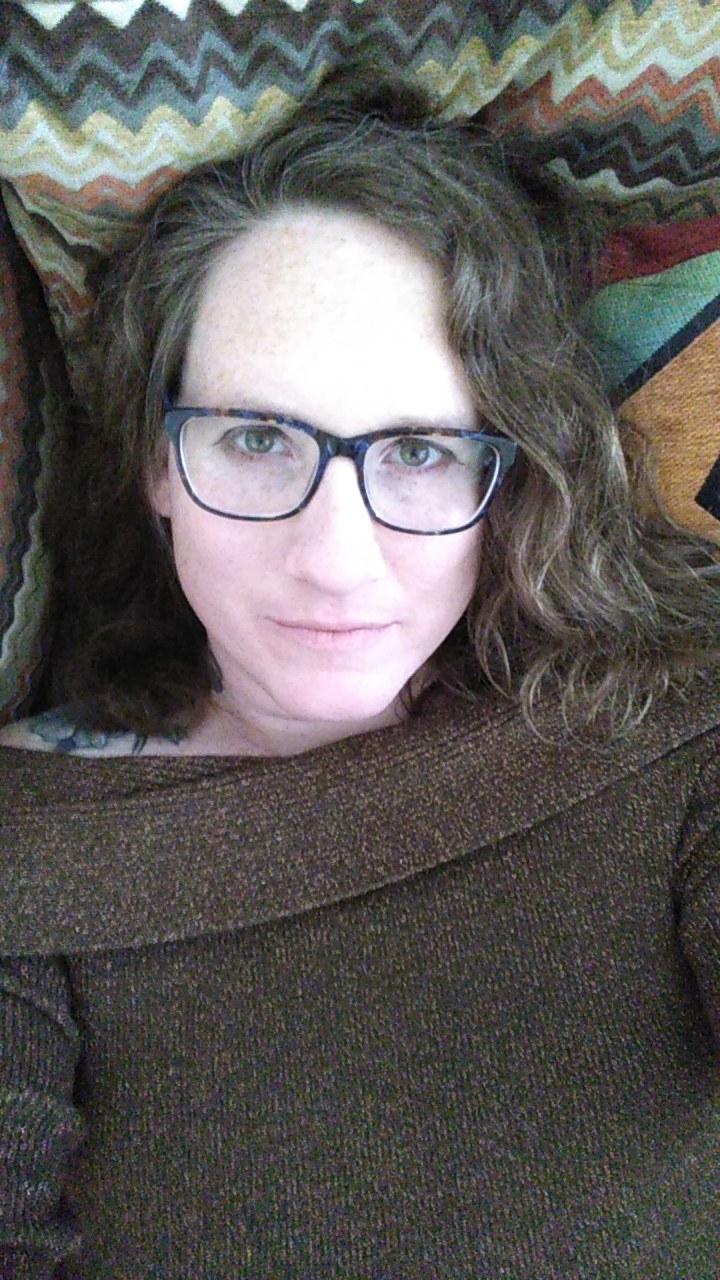 “There is a great deal of frustration,” said Evi, a 42-year-old trans woman in Nevada, echoing a sentiment growing in the wider trans and nonbinary community during the coronavirus pandemic. She had finally lined everything up to undergo four gender-affirming surgeries: saved enough money, found a job with the right health insurance, and organized her schedule to make time for the procedures and recovery. “And now that’s all been blown to pieces.”

As the effects of the pandemic ripple through every social sector and the already complicated and dysfunctional US healthcare system, communities have been impacted in different ways. Even without a public health crisis, trans and nonbinary individuals face particular challenges when it comes to having their basic needs met.

In our current society, where the cis experience is considered the norm, the enforced gender binary can impact all aspects of trans, nonbinary, and gender-nonconforming people’s lives — including employment, mental health, insurance, and physical safety — and this crisis has thrown everything into further disarray. “There are a lot of concerns on the table,” Randall S. Leonard, a black nonbinary clinician in Baltimore, said in a recent phone interview, “and because of how rapid onset has happened, there aren’t a lot of really good answers.”

When BuzzFeed News asked trans folks how they’re coping during this crisis, we got hundreds of responses from people across the country, sharing their experiences, fears, and coping strategies. As more states have adopted stay-at-home rules, many LGBTQ centers with trans support groups have closed and moved online, creating accessibility issues for those without smartphones or computer access. This includes community elders, who are at a higher risk of mortality from the virus. (This week, in New York, the legendary Latinx trans activist Lorena Borjas died from complications of coronavirus at age 60.)

“The biggest hold up for me currently is my legal name change process,” wrote Nicolas, a 26-year-old trans man in Niagara Falls, New York, expressing a concern shared by many others. “Being unable to meet … and attend the proper meetings sets the process back. And given that my transition is in full swing, showing ID becomes more and more questionable and puts my identity and privacy at risk.” Ed, 21, from Austin is struggling with the same issue. “The fact that the courts are closed (understandably) rewinds my plans for the year and outs me at my new job despite having planned everything and timing as best I could so that there would not be overlap,” he wrote. “And now I will have to do the social adjusting at my new job and everyone will know I’m trans instead of just my boss and HR as I had originally planned.”

People whose voices have changed due to hormones fear having to out themselves at work to avoid being perceived as being sick with the virus; others fear getting sick and being misgendered or discriminated against if they are hospitalized. (Those discrimination concerns are already taking ominous shape; a Christian-run makeshift hospital in New York City’s Central Park was seeking volunteers who would adhere to a statement of faith defining marriage as “exclusively the union of one genetic male and one genetic female.”)

Some others have found that their basic day-to-day needs, such as chest binding, are harder if not impossible to perform right now, because they could exacerbate some of the respiratory issues characteristic of COVID-19. “I finally, for the first time ever, got a binder that actually fits me. I was so excited when it finally arrived. So excited to look like me, and feel like me,” wrote KC Lylark, a 22-year-old based in London. “I was very self-conscious about my breathing because I didn’t want anyone to think I had symptoms … even though my binder makes me feel more euphoric than ever before, I know I shouldn’t have it on much at all until this blows over.”

“Not being able to even be considered for top surgery is devastating for me,” wrote Emerson, 21. “I was so close and just had my referral sent to the surgeon and now? I don’t know when the opportunity will come again. Combine that with being in isolation makes it pretty difficult to battle dysphoria on a daily basis.”

The pandemic has been anxiety-producing for everyone, but for trans and nonbinary people, that anxiety can be intermixed with increased levels of dysphoria — which is especially troubling at a time when social distancing for the good of public health means less physical access to care, support, and community.

“Access and safety, particularly for trans/nonbinary people is a major issue,” Rachel Smith, a nonbinary clinician who practices in Baltimore, explained. They don’t necessarily feel safe coming to the clinic or even having a phone conversation right now, said Smith, “not for concerns about the phone line, but because in the place where they live there is no privacy, they can’t go outside, there is no private space for them. Their housing is in jeopardy if they say something that could out them or anger the people whom they’re dependent upon for housing.”

“I was evicted from my university housing in response to the crisis and did not have the money to get my own apartment,” wrote Ben, a 21-year-old who usually lives in Atlanta, but moved to Kentucky to live with parents “who aren’t supportive,” adding, “While it is a safer situation that I’m sure a lot of trans folks are facing, it’s by no means a comfortable one … They’ve made it clear that they will not use my preferred name/pronouns, which adds to the stress of the crisis.” 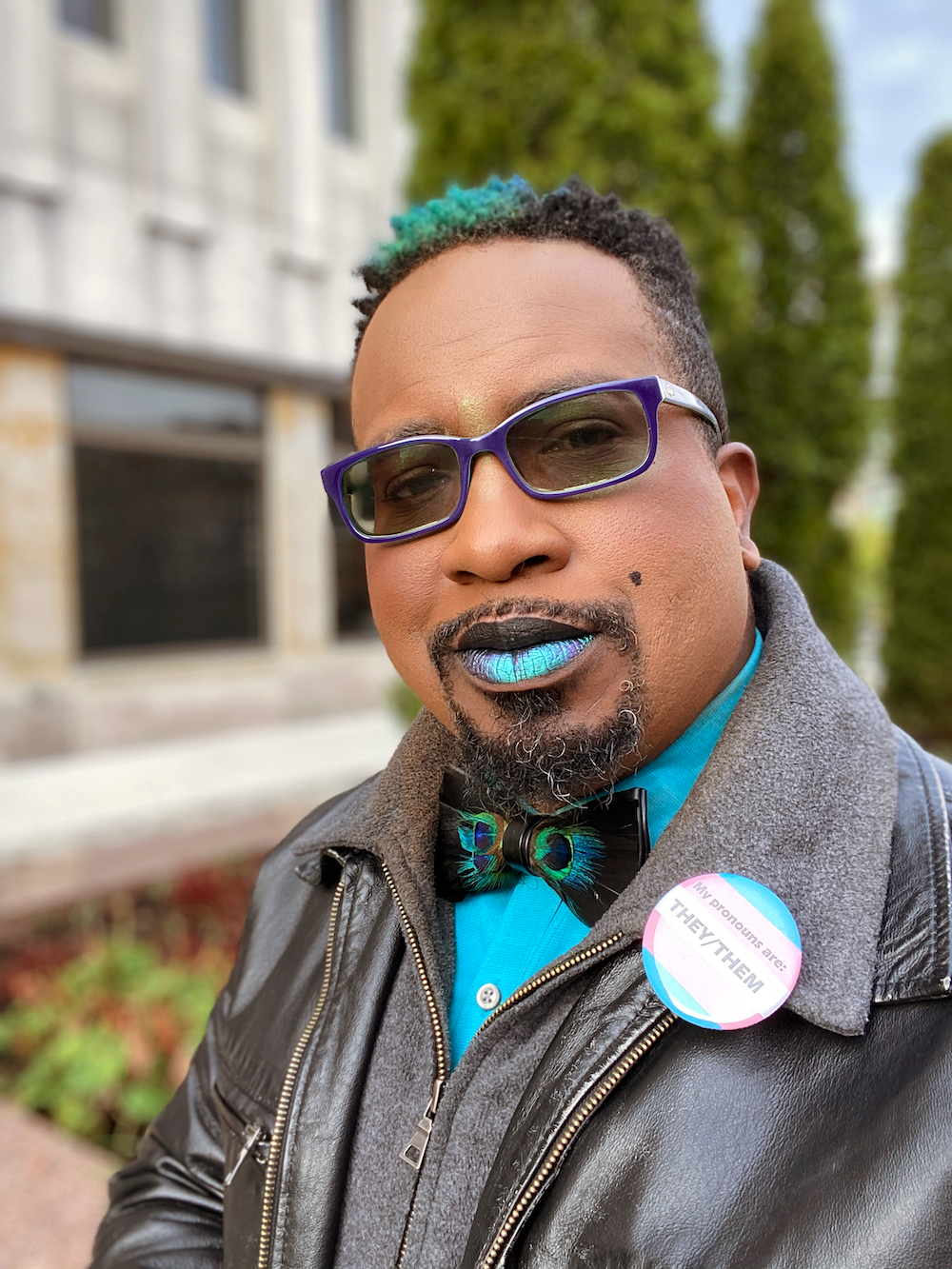 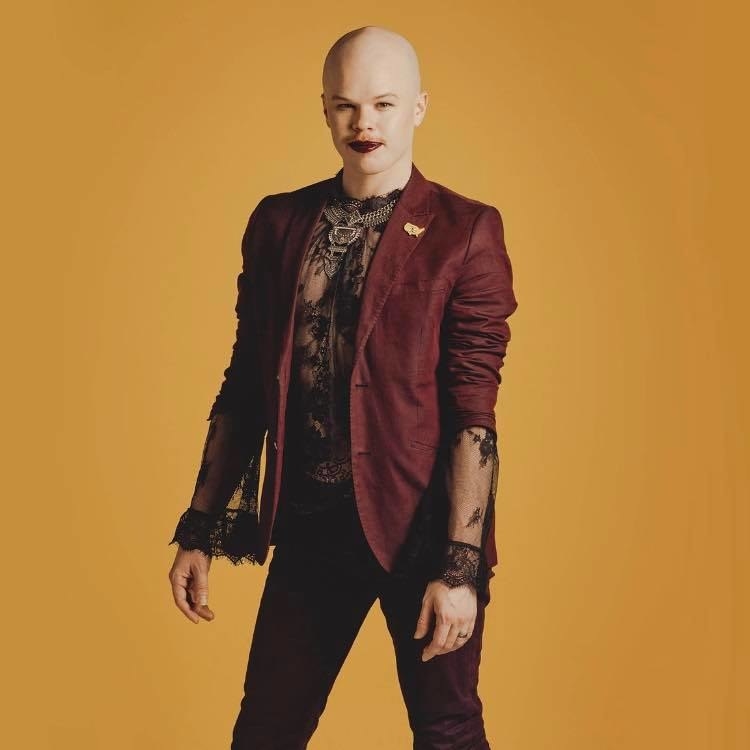 Even though the country is currently in crisis mode, many trans people have already been living in dire circumstances. There was widespread concern after Trump’s election that, among many other things, hormones would become unavailable. Some trans folx began sharing prescriptions, which is technically illegal and not sanctioned by medical professionals. “I know a lot of other trans women who have gone years and years without seeing a medical provider but have been taking hormones,” Dee Wollstonecraft Michel, a transgender services coordinator at St. James Infirmary in San Francisco, told Vice in 2017, already pointing to the way individuals can’t always turn to institutions for support.

Trans folx who aren’t able to access conventional health care channels have often turned to queer community resources and grassroots organizations, like Trans Healthcare Maryland, to meet some of their needs instead. But those other channels aren’t necessarily available during a national health crisis. Parker, a 17-year-old in New Mexico, mentioned that a nonprofit organization for the LGBTQ community in the local area has been forced to close its doors. “I’m terrified for my friends,” they said. “That was our safe place, that was our home. Now none of us know when we can go back there.”

Kela, a nonbinary 31-year old living in Florida, explained how the pandemic has exposed some of the preexisting and ruthless ways society overlooks some individuals. “It’s ironic because I’ve been experiencing prejudice due to my gender and cognitive disabilities for years, but this is the first time I’m actually going to get government assistance,” they said. “It’s amazing to me how much help has been available that the government has withheld from people like me because we weren’t valuable enough until everyone else also experienced hardship. So where everyone I know is freaking out I’m kind of feeling more like, ‘Welcome to the party.’”

Leonard the clinician also spoke about the already existing challenges some folx face. “Especially as a black nonbinary individual, I have seen people who have dealt with so much marginalization as it is, that there’s that resilience factor of ‘I’ve already gone through so much, I’m gonna continue to push my way through this.’” Though they caution, “I’m really careful with that word, ‘resilience,’ because it almost puts the spin out there that if you don’t make it then you weren’t resilient, and I’m really careful about that because there have been people who have tried their damndest and didn’t make it.”

The people who wrote in said they’re coping in specific ways — like painting their bedrooms in more gender-affirming colors — and by video chatting with friends and support groups, relying on the support of partners and friends, exercising and making art projects, and playing a lot of Animal Crossing, like a lot of other people.

Sam Brinton, who uses they/them pronouns and identifies as genderfluid, noted that crisis intervention organizations like the Trevor Project, which moved its services online and has been getting thousands of calls, texts, and chats every week, are “bright spot[s] in a dark world.”

But ultimately, trans people can’t — and shouldn’t — have to carry this burden alone. “Knowing the most direct path to trans-affirming resources in mental health, physical health, and economic health is the responsibility of all our allies,” wrote Brinton. “Don’t just tell me it will get better — connect me with the professional who can help me get better.”

Of course, accessing those resources is still complicated by the lack of universal health care. As Kela wrote, “I hope now that more people will care about access, human dignity, and affordable health care, but I doubt it. Capitalism is still king…so far, and people are still running ignorant and scared.” ●